Overview of viscose market in India

Viscose rayon is a versatile material that has multiple applications in textiles, apparel, nonwovens and industrial sectors. Its demand is expected to see a rise in India as well as globally in the coming years. Fibre2Fashion Market Intelligence sheds some light on the viscose market of India.

Viscose fibre, a regenerated cellulosic fibre and a type of rayon, is the most popular among all types of rayon. The name 'viscose' is derived from viscous solution for spinning. Viscose rayon is produced from cellulosic materials such as wood pulp, bamboo and cotton linters. Wood pulp is generally used as a raw material, but the end product depends on the type of manufacturing process. Different production methods can result in rayon, viscose, modal, lyocell or bamboo rayon.

Viscose is called artificial silk because of its lustre, excellent drape and retainability of bright colours. Some of its properties include good breathability, high moisture absorbency, comfortable wear and better dyeability, just like cotton. As this material is soft to touch and biodegradable, it is suitable to be used in medical textiles as well.

Viscose rayon is broadly used in the form of yarn, fabric, apparel and nonwoven.

The viscose fibre sector is expected to be the fastest growing sector among all manmade fibres as it possesses characteristics similar to cotton apart from being biodegradable. Consumption of viscose fibre among all manmade fibres is 6 per cent. About 45 per cent of the material is used in industries, and the same amount goes into making apparel. Home textiles contribute nearly 10 per cent.

India is the fastest growing economy in the world, and lower commodity prices have proved beneficial for the manmade fibre industry in India. Petroleum-based manmade fibre prices have also declined, which is giving tough competition to viscose. Growth in viscose fibre is expected with improved GDP per capita and subdued cotton demand in India. Cotton production is also expected to be lower than the expected consumption in the next five years due to reducing acreage and unsuitable climate for cotton crop. As a result, the demand of viscose will increase in India and globally. Lower pulp prices are also expected in the coming year, which can reduce operating costs and increase profit margins. 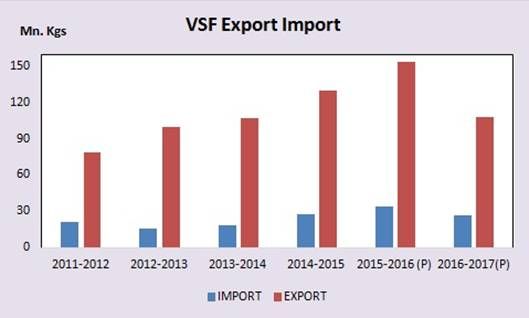 Fig. 2: Consumption and production scenario of VSF in India 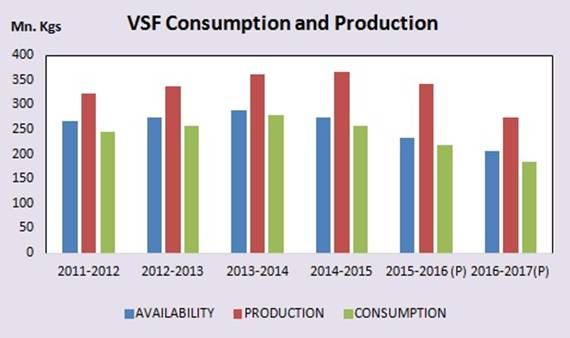 China, Indonesia, India, Taiwan, Thailand, Japan and Germany are the major countries for viscose rayon production. In India, production is higher than consumption. The overall production of VSF in India has declined in 2016-17 compared to the previous year and assessed at 273.15 million kg. The consumption in domestic market also declined during the same period. However, production of VSF has fluctuated in the post quota period. There has been a rise in production during 2013 to 2015 with the increasing demand from the domestic market. At present, Grasim is the only major producer of VSF in India. 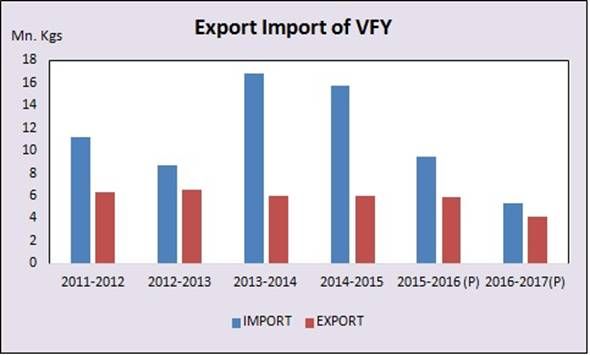 Fig.4: Consumption and production scenario of VFY in India 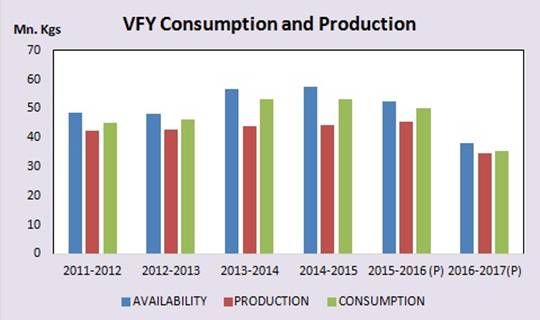 More than 80 per cent of the production is done by Aditya Birla Nuvo (Indian Rayon) and Century Rayon. Kesoram Rayon contributes around 18 per cent to rayon production and only 2 per cent of viscose rayon is produced by other companies.

By:
Market Intelligence-Fibre2Fashion
Published: Apr 2017
Reuse this Content
Our Clientele