A guide to the testing standards for zippers

The testing standard for zippers differs not only from country to country but also from customer to customer. Here we will discuss on the renowned testing methods commonly accredited in the global zipper industry.

Some of the internationally acknowledged testing organisations are:

In the US, it is the ASTM International that forms and publishes technical standards for numerous materials, systems, services along with products. 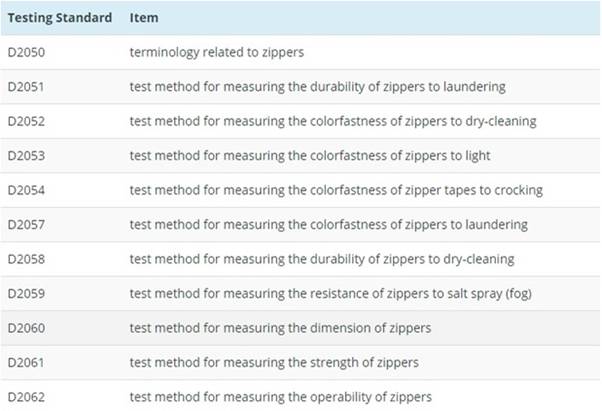 Basically, there are 2 kinds of standards used in the zipper industry in China that are formed of National Standard and Industry Standard.

SBS Zipper has been the largest Chinese zipper company since 1984. We play a vital role in the domestic zipper industry, acknowledged as a group leader in the formation of the National and Industry Standards for zippers.

We have already passed significant certification needed from various globally recognised firms such as ISO 14000, ISO9000, Bluesign to Oeko-Tex. Despite having passed through renowned testing standards for the zipper industry across the globe, we have also set up our own product standards as per the testing standards that are accredited worldwide, such as ASTM, BS3084, DIN3416, JIS3015 and many more.