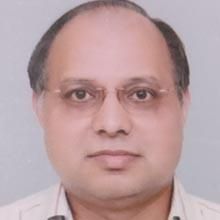 The e-commerce market is booming. The Chinese e-commerce sector has grown significantly and has a higher share compared to India. Indian businesses are adopting e-commerce rapidly. However, the rate of expansion is still small as compared to their Chinese counterparts.

The first lesson from the table below is that there is tremendous potential for Indian micro, small and medium enterprises (MSMEs). They can improve their e-commerce transactions in the domestic and global markets by increasing participation in India's extensive e-marketplace.

The textile industry holds a significant position globally as textile was the first manufactured item to be exported. Due to size and reach, it has enormous capacity to generate employment and income.

The Indian apparel industry is amongst the largest in the world with a huge manufacturing base and large raw material pool. It is a major contributor to our economy in the domestic and exports markets. By 2021, textile and apparel exports from India to developed nations is expected to touch the US$ 82 billion.

As per the Export Import Data Bank, Ministry of Commerce and Industry:

New technologies are transforming the way people buy and sell. The digital revolution is at its cusp in India, so this is the time for MSMEs to wake up to the tremendous potential of e-commerce apparel exports. Various major initiatives introduced by the Government of India like Digital India, Skill India, Make in India, and Startup India are gaining momentum, indispensable in driving the growth of long-term e-commerce. Apparel export figures for 2016-17 show that the digital economy has moved from potential to mainstream. It is no longer just another channel but the channel to be mastered. The network of apparel in Asia-Pacific forecast for 2016-2021 is expected to be US$ 167.7 billion, a growth rate of nine per cent.

Numerous benefits can accrue to MSMEs if they expand activities from domestic to international trade via e-commerce. These include direct access to end customers, high margins by eliminating middlemen, improvement in survival rates and an expanded reach through catering to the world market which may not have been possible through traditional exports.

Trends are continuously changing and today's generation seems to buy clothes online without a break, so there should be more than 2.07 billion digital buyers by 2019. With this huge buyer base, the apparel industry will witness a massive jump in sales if it can establish its online presence on marketplaces like eBay and Amazon.

Recently, a study entitled Exploring potential of e-commerce for retail exports of Indian MSMEs in the manufacturing sector, was launched. It was prepared by Federation of Indian Chambers of Commerce and Industry (FICCI), Indian Institute of Foreign Trade-Centre for MSME Studies (FICCI-CMSME) and Apex Cluster Development Services, supported by e-commerce platform eBay India. At the launch, S.N. Tripathi, additional secretary and development commissioner, Ministry of MSME, said Indian manufacturers are now producing locally for global markets. The study revealed that manufacturers were taking advantage of technology to reach global markets.

According to this study, total potential for Business to Consumer or B2C e-commerce retail exports from India is estimated at US$ 26 billion, of which US$ 2 billion can be reached by 2020 from 16 product categories. Every 30 seconds, a piece of clothing or accessory sells on eBay implying the potential speed of exports in this vertical. That is the scope the apparel industry must fill to reach its maximum customer base.

An effective CBT via e-commerce entails setting up an efficient e-payment system, adoption of right ICT tools and techniques, an efficient logistics solution and favorable policy framework to make an e-commerce set-up successful, so that products reach the right customer in time at the right place.

Consumer preferences are rapidly evolving. Companies must keep up. Investment in IT needs to keep pace. Different ICT challenges faced by some apparel industries include reduced bandwidth, cost concerns adopting new technology, lack of awareness regarding such technology, privacy and security concerns and lack of skilled workforce.

E-payment has paved the way for many apparel MSMEs to expand customer reach, compete globally, accumulate higher revenue, enter new products and enhance productivity by becoming more efficient. But since Indian MSMEs are trapped in cash-dominated transactions, numerous other factors act as impediments against the E-payment model. These include low internet penetration, lack of required skills among entrepreneurs and mistaken perception that traditional methods of selling goods are better and safer than e-commerce. Besides, many MSMEs are not yet a part of the financial banking system.

Apparel industries face logistical issues due to high cross-border shipping costs, trust and confidence issues from lack of tracking options and weak and inefficient local supply infrastructure. Logistics have a significant role in advancing MSME growth in cross-border e-commerce and cannot be ignored. It is considered the number one barrier to export growth by some industries, an issue waiting to be addressed. Development of the entire logistics system will define the future course of cross-border e-commerce. Other concerns include refund of taxes under GST and a complex procedure for claiming the benefits under MEIS.

In this digital world, market changes that took decades now happen in weeks and months. The apparel industry needs to recognise the opportunity and adopt transformative business strategies. They need to take advantage of these online platforms already available and enter foreign markets that bear high e-commerce potential like eBay. Such platforms make the B2C process faster by eliminating obstacles faced while exporting via the traditional mode of commerce. The more we spend, the more we make. Therefore, one rupee spent on digital empowerment will accrue more value than spending it elsewhere.