How to differentiate open end from closed end zips?

Zips are widely used while manufacturing all types of garments and commonly used accessories for many other items such as bags, shoes and tents. There are basically 2 main types of zips, that is, open end zip and closed end zip. They can be easily differentiated by observing their bottom stops. 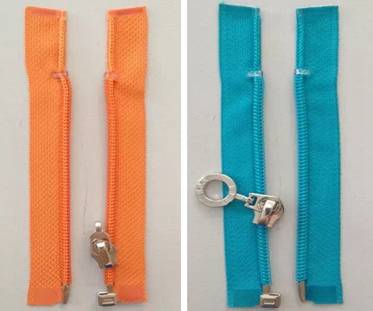 In both cases, the zip falls into 2 halves when fully opened and detaches one side from the other.

If the zip cannot be completely opened, that is, the zip halves can not be separated from one another at the end, then it is a closed end zip.

Based on the type of the function, both the open and closed end zips are further classified into various categories. This is applicable to metal, plastic and coil zips.

These include 2 sliders. The zip halves could get separated from one another, like one way open end zips. You can find them on overcoats, heavy winter coats, long robes, etc.

These include X shape with 2 top stops and O shape with 2 bottom stops. They include 2 sliders as well, just like 2 way open end zips. You can find them on luggage and bags. 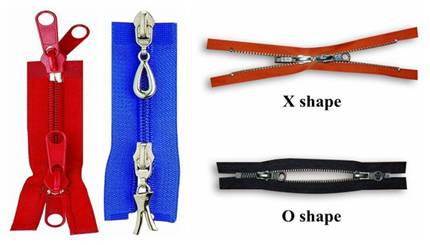