Can India afford to miss the bus again?

The Indian apparel sector had lost the plot earlier, and missed the chance of emerging as the world's leader in apparel. Rahul Mehta, President of the Clothing Manufacturers Association of India (CMAI), takes a hard look, and suggests 10 ways that the government and industry can ensure that history does not repeat itself.

Why do I ask if India can afford to miss the bus again? Because whether we like it or not, whether the veterans of the industry agree or not-we did miss the bus at the beginning of the 21st century, when the Quotas were disbanded. Both government and industry sat back and waited for the customers to arrive in hordes as the quota restrictions were removed. Unfortunately, they did not. Because neither did the industry plan for the growth, nor did the government review its policies to support such a growth. As a result, China, Bangladesh, Vietnam and others outpaced India-and soon India was playing a catch up game. And it continues to do so today.

So, why are we at the cusp of a great opportunity again? Several factors are unfolding almost simultaneously, all of which could have a tremendous potential for driving a more than robust growth for the apparel industry.

First, the slowing down of Chinese obsession with growth, especially in labour-intensive industries; second, the undeniable movement in Bangladesh for higher wages and greater compliance with safety standards and working conditions; and third, the slower than expected progress in the "alternative" emerging regions such as Myanmar and Africa. All these will provide the exporting sector an impetus it has not seen for some time.

But to my mind, an even greater opportunity lies for an explosive growth in the domestic sector. Rapid urbanisation, a growing middle class, amazingly favourable demographics, enviable growth rate of incomes, an increasing exposure to international lifestyle and trends, and a general sense of positivity in the population-all combine to create a platform for takeoff which comes rarely to an industry.

The question is, will industry take advantage of these environmental factors and actually "take off"? Will the government seize this opportunity and look beyond the traditional perspectives to provide the industry the supportive platform to take off from?

Of course, only the industry and the government can answer the above questions. But I am going to try and do something difficult. I am attempting a list of 10 decisions, actions, and strategies that I believe will need to be adopted, if India is not to miss the bus again. Some are obvious, some physical, and others purely conceptual. 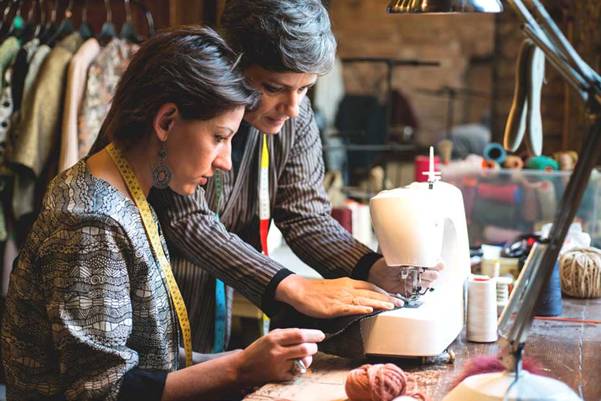 What industry needs to do

Lean, Mean, and Productive: Buyers are today deciding at what price a product is worth buying. Buyers are dictating the environment, surroundings, and atmosphere under which products are manufactured. They are dictating the kind of raw materials they would prefer you to buy and from whom. The only aspect of manufacturing one has control over is the productivity of the organisation. Given the same parameters, how much can be produced in one factory against another? Productivity is the only factor that is bringing in the profits today. And this is not restricted to just manufacturing. The productivity of one's sales force, of one's marketing and advertising campaigns, of one's retail space-all are under the strictest scrutiny. Improving productivity has to be adopted by the apparel industry as a fundamental business credo-without which it will be impossible to survive in the coming years.

Build Larger Capacities: The Indian apparel industry will have to move away from its shyness in building larger capacities. Growth needs capacity. Capacity cannot be built in small fragmented units. Large factories, centralised functions, and composite units-these will have to be the face of our industry in the future. Small productions must not be abandoned, but larger runs can no longer be avoided. If you are scared of running factories with large labour force-sorry, you do not belong here!

Go where the Labour is: For too long the industry has focused on the more developed cities and regions to set up factories. The closer the factory to the owner's residence, the better it is. These will no longer work. One will have to shift the factories to the original areas of labour supply-the underdeveloped, rural areas from which the labour used to migrate to the cities in the first instance. There are too many options available to them near their own villages. Labour will stop migrating. Time for the owners to migrate to where the labour is!

Expand Product Base: India already has a reasonable share of the casualwear market, and it cannot compete on price levels for too long now. Industry has to try and develop expertise in products other than what India has been producing so far. It could be autumn/winter wear, it could be specialty wear, formal wear, non-cotton apparel-whatever, but we cannot hope to gain much growth by producing more of the same products now. Technology, automation, imports, and whatever else needed will have to be brought in to achieve the goals, but unless we expand the product base, forget about going back to the growth rates of 20 per cent and 25 per cent.

Build Brands: The future of the apparel industry belongs to brands. India cannot pride itself as an important player in world trade unless it builds homegrown Indian brands. With an emphasis on building brands, aspects other than manufacturing will get its due importance also-such as designing. Such as compliance. And I say this both for the domestic as well as export sectors. Brands are what will bring the customers, even at higher prices; brands are what will retain customers; brands are what will build profitability. One has seen it in each and every industry. Let us not fool ourselves into believing that the same principles will not apply to our industry. Brand or perish has to be our new mantra!

Create a Managerial Pool: The Indian apparel industry has been built in the MSME sector, by first generation entrepreneurs running their businesses fully hands on, with friends and family members occupying key positions based primarily on trust. This has to change. The domestic industry is already seeing some of India's biggest business houses entering the industry, and in its wake bringing in management talent and professionals. This has to be followed by the industry as a whole. Growth is not likely to come without expansion; expansion cannot come without additional manpower; additional manpower cannot be managed without a pool of managerial and professional talent. We have enough of fashion institutes and design schools. What we need now are apparel management institutes-and entrepreneurs willing to step back from operational responsibilities to strategic roles, irrespective of the size of the enterprises.

What government needs to do? 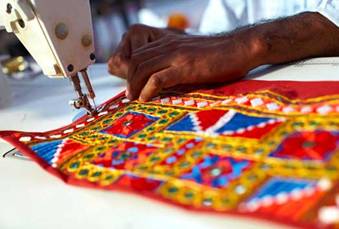 Look beyond Exports: Export is vital for our industry, and it has its own challenges, which require governmental intervention. However, the government has to realise that the apparel industry is not just about exports. India has the unique advantage of a huge domestic market that is probably much larger than the exports sector, providing more jobs, and one that has a greater potential to grow. Whilst some problems of this sector are probably the same as those of the export sector, there are many that are secto-pecific. The government has to address these issues as well. But even before that, the government has to take a conceptual leap of faith-that the apparel industry is not just apparel exports, and that the problems of Indian domestic manufacturers, brands, and retail also need to be looked at. Fortunately, the current minister of textiles has done just that. But this needs to be carried to its logical conclusions.

Out of the Box Approach: Traditional approaches, long-established goalposts, and age-old perceptions will not bring about the required dynamism to enable the industry not to miss the bus again. "If we do this for textiles, what will the other industries say?" "How can we take this measure only for textiles?"-these and such other concepts will have to be discarded. What happened when exports were made tax-free? What happened when the IT industry was given special status? Textiles and apparel are the largest employers in the country after agriculture, and yet with a still untapped potential to double its employment in the coming years. That in itself is reason enough for the government to take whatever decisions it needs to take.

Examples of such out of the box thinking are:

Encourage Make in India: This sounds almost superficial, but is not. Several policies of the government almost encourage imports over making in India. At times restricted by international commitments, at times by considerations other than commerce, and at times out of failure to recognise implications-several contradictory policies exist which need to be tweaked, modified, and even turned upside down. But, if job creation is our primary goal, it is imperative that Make in India in the textiles and apparel industry is provided utmost importance.

In conclusion, I can say that if the government and industry are serious about not missing the bus all over again, they will have to take action on the above on a war footing. If we do not act now, India will join the ranks of several Western countries, which were at one time leaders in textiles and apparel manufacturing, but have now turned into importing nations. 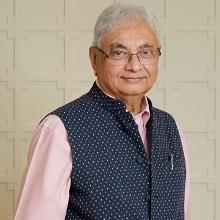