Few manufacturers of carpets worldwide are willing to accurately predict what the industry would look like even a decade from now. Technology, sustainability and social media might together decide what the future holds, writes Jozef De Coster from Ghent, Belgium.

Its difficult predicting which carpet manufacturers will still exist a decade from here. All carpet manufacturers face three different revolutions: a technological revolution, a sustainability revolution and the social media revolution. Size matters. Large carpet groups like Shaw Carpets and Mohawk Carpets (US), Oriental Weavers (Egypt), and Balta and Beaulieu (Belgium) have the financial clout and the brainpower to defend their leading position. But, in this era of multiple disruptions, maybe flexible small players and startups will appear to be the fittest.

During the last two decades, the share of carpets in the worldwide production and consumption of floor coverings has strongly decreased in favour of hard types of flooring. Was this an unavoidable trend? Or, did the marketers of the carpet industry make some major errors? Some observers think that the Western carpet industry is too much a man's industry (they could be right: probably not more than 10 per cent of the 220 carpet manufacturers and suppliers who in June 2017 attended the 6th World Carpet Congress were women), and that therefore the industry did not listen well to the voice of the women, the main decision makers for purchase of interior products.

Anyway, if the carpet industry wants to maintain or increase its market share, it will have to find the right responses to at least three major challenges: the transition to an Industry 4.0 network, the transition to a sustainable industry, and the transition from an unchallenged information monopolist to a social media specialist.

Carpets to be made in 'smart factories'

Consultants, trade associations and system suppliers all insist that carpet manufacturers should move as fast as possible to the level of Industry 4.0. But what is Industry 4.0? It's the new form the industry is taking after the three previous historical phases, symbolised by the mechanic shuttle weaving machine (Industry 1.0), the mass-manufactured automobile (Industry 2.0) and the personal computer (Industry 3.0). Using modern carpet tufting and rug weaving machines, Western manufacturers perfectly know that they have to make soft floor coverings.

Digital carpet printing is the logical result of the ongoing digitalisation of the carpet industry. It could be noticed that several companies with interests in digital printing acted as sponsors of the World Carpet Congress in Ghent (Tanatex, DyStar, Atexco). In August 2016, Tanatex was acquired by Zhejiang Transfar Co Ltd from China. Colour technologies seem to be highly attractive for Asian investors. Also, the current shareholders of DyStar are Asian companies: Longsheng from China and Kiri Industries from India. By the way, the analogue print industry (33 billion sq m/year) is still much bigger than the fast growing digital print industry (1 billion sq m/year).

What about cyber security and totally integrated and connected smart factories? One can be sure that hackers will be tempted to prove that they are smarter than the smart factories. Using the Stuxnet worm, American and Israeli hackers succeeded in sabotaging ultra-centrifuges in Iran. Russian hackers switched off part of the electricity grid of the Ukrainian capital Kiev and sabotaged TV broadcast systems.

Shutting down the production and sales of an Industry 4.0 carpet factory is probably a lot easier.

In June 2017, the Center for Cyber Security of Belgium (CCB) gladly announced that in one year's time Belgium had jumped from the last to the 4th position among the 183 countries examined by the IT-security company Rapid7. Thanks to the excellent work of CCB, the Belgian carpet industry-the second largest in the world after that of the US-escaped the mega-ransomware attack Wannacry, which in May 2017 halted the operations of more than 230,000 companies and organisations in 150 countries. 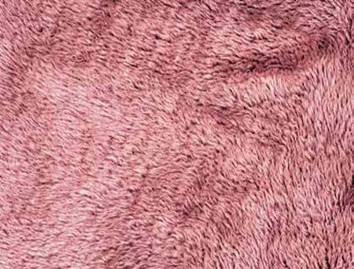 Nobody knows what the transition of the carpet industry to 'smart' manufacturing has in stock for companies. Will gradual evolution prevail, or will some disruptive innovations upend the industry? Some 'gradual' innovations were announced at the World Carpet Congress, like mutually reinforcing technical solutions to make carpets softer. The Belgian supplier Verteco presented new spin finish components to soften some types of polymers. The Global Carpet Competence Center in Louvain-la-Neuve (Belgium) of the Swiss colour and specialty chemicals supplier Archroma developed new softeners for the carpet industry. Leading Belgian carpet machine constructor Van De Wiele is manufacturing extrusion lines that guarantee higher bulk levels ( 15 per cent) and a softer touch.

However, it's not excluded that new disruptive technologies suddenly change the structure of production and demand of carpets. Some technology observers believe that in the near future it will be possible for consumers to weave self designed rugs via their smart phone (in five minutes) and to tuft personalised carpets (in half an hour).

Professor Marc Van Parys from the Belgian association Unitex predicts that new technologies like laser and digitalisation will allow carpet manufacturers making the bridge between creativity and functionality. He also predicts that new technologies on the level of products (chromic sensors, piezo-electric products) will allow integrating new functionalities in carpets to make the carpets more active. An already existing example is the Sensfloor technology of German company Future-Shape GmbH. A proximity-sensitive SensFloor underlay can be installed beneath conventional flooring. Whenever a person walks across the sensor floor, sensor signals are sent wirelessly (868 MHz) to a control unit and different types of events are identified. The system distinguishes between a person standing or lying on the sensor floor and determines the direction and the velocity of movements.

Gradual and radical transition to sustainability

For most carpet manufacturers, the transition to sustainability is not an obsession. They don't aspire to the difficult and unrewarding role of a sustainability pioneer. Their efforts towards sustainability are guided by laws and regulations and by customers' demand, not by their conscience. There are, however, a few exceptions, like the American modular and broadloom carpet manufacturer Interface and the European carpet and artificial grass specialist Desso. These companies want to be at the forefront of the sustainability revolution.

After the ecological epiphany of its founder Ray Anderson in 1994, Interface made great strides towards more sustainable products by using recycled and bio-based raw materials and developing ways to recycle products. Desso has enthusiastically embraced the cradle-to-cradle philosophy. By 2020, all materials used by Desso have to be free of toxins that could cause harm (though allowed by all regulations, certain chemical components are not healthy enough to be passed off as cradle-to-cradle). 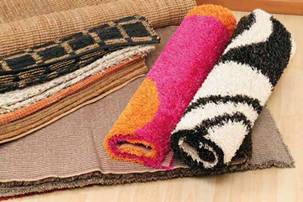 Another carpet manufacturer with a radical sustainability strategy is the young joint-venture DSM-Niaga. The word Niaga means 'Again' conversely written. Niaga wants to use the same materials again and again. All carpets made with the Niaga technology can be 100 per cent recycled and made into new carpets of the same volume and quality, again and again. In January 2017; DSM-Niaga installed its own Niaga Technology carpet line in DSM's Materials Center in Geleen, the Netherlands. The carpet of Niaga is completely made from only one material, polyester. The American market leader in floorings Mohawk Industries has started already using the Niaga technology. French multinational Total is following the 'one material' example of Niaga. It has developed metallocene polyethylene which can be used not only for the yarn but for the backing of artificial grass as well.

When consultant Mic Adam of the company Vanguard Leadership asked the participants of the World Carpet Congress to raise their hand, in case they used Facebook or Twitter to market and sell their products, very few hands went up. Also, platforms such as LinkedIn, Google , YouTube, Pinterest, Instagram, seem to be underused by the Western carpet industry.

Adam points out that in the previous century, even in the Nineties, carpet consumers got no other choice than to contact a carpet salesman or carpet shop in order to obtain information, mostly in the form of flyers, brochures, or datasheets. Nowadays, potential buyers of carpets wait until they have finished 60-80 per cent of their research before they knock on the door of carpet specialists. Most of the information consumers collect themselves originates from social media. Adam admits that up to 99.9 per cent of the information that people get from Twitter may be irrelevant, but the relevant 0.1 per cent is a goldmine for marketers who know how to identify the gold chips.