In focus: Fashion with quality standards 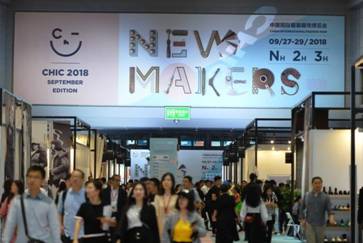 The 3rd edition of the younger sister of Asia's biggest fashion fair CHIC has just come to an end. A total of 58,400 visitors were registered, consisting of all sectors of the trade up to the large shopping centers. The number of visitors is almost the same as in the previous year, although the fair was between important holidays such as Moon Festival and the Golden Week.

"The meaning of" Made in China "has changed!" Chen Dapeng, President CHIC Shanghai and Executive Vice President CNGA commented on the occasion of the recently concluded CHIC Shanghai on 27-29 September 2018. "The focus of the Chinese apparel industry has shifted from quantity to quality, innovation and upgrading are key factors in the competitiveness of fashion brands in response to market changes."

In this context, the topic of "Sustainability" plays a crucial role. CHIC emphasized its importance by the continuation of the Sustainable Development Zone at CHIC in the context of Li Ning, China's most famous sportswear brand. Founded and named after Li Ning, the former Olympian and six-time gold medalist in the gymnastics scene, Li Ning impressed with his fashion show, a combination of his recent shows in Paris and New York, which caused quite a sensation there. He is the first apparel manufacturer in China to join the Chemical Control Group as part of the ZDHC (zero discharge of hazardous chemicals).

825 fashion brands at the CHIC Shanghai

719 exhibitors with 825 brands from 14 countries and regions presented their new collections SS 2019 and as a new Topic Fast Fashion for the current season. Increasingly, the contact platform CHIC is also used for order placement. 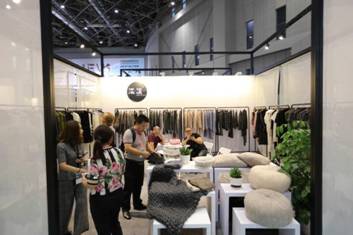 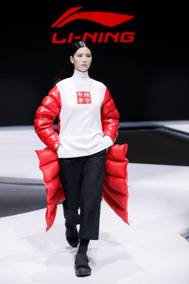 Womenswear sales in China increased by 5.7% year-on-year to 116.93 billion EUR in 2017. According to Euromonitor, the market value in this area will increase to EUR 139 billion by 2021. The demand for individual style, niche brands, designer labels is growing rapidly among young female consumers. New Look shows the diversified market demand, such as for example, the individual fashion brands Trenz Eight, PN Jone or NE. Tiger. It is noteworthy that especially young designers skilful integrate the roots of their culture into their modern style. For the first time, the group EFashion Town presented itself at CHIC, supported by the city of Hangzhou or the China National Garment Association. An increased concern is to creatively develop the young design - national and international - in a sponsored and financially supported area, an exemplary fashion cluster that offers interesting opportunities for cooperation. In addition to young up-and-coming designers, the world-famous couture designer Guo Pei (gala dress for Rihanna) will soon also be there.

Another growth area is the clothing market for men's fashion with a sales increase of 4.4% p.a. with a total of EUR 67.7 billion. Remarkable is the change from classic businesswear to smart fashion. Denim collections play a special role here. Another business element is the Bespoke service. The perfectly fitting suit in the Italian style is tailor made, such as. From James Kingdom. Outdoor Casual is increasingly geared to lifestyle concepts of the consumer, so Supin presented a collection for the Globetrotter at CHIC, comfortable casual wear combined with travel gadgets such as neck pillows and teapots. More than 60 exhibitors exhibited in the URBAN VIEW section.

Kid's Paradise presents leading brands such as eton kidd, with a focus on school uniforms, among others. anti-bacterial, water-repellent, anti-allergic function, xtepkids, who have incorporated many Chinese elements into their kidswear collection. Beijing Jiaman Dress Co. was at CHIC with Hush Puppies, Hazzys and Souhait. Solocote presented trendy down jackets for kids. Special attention will be given to kidswear at CHIC in March next year, CHIC Kidz will be a show-in show to meet the growing demand for children's clothing. Last year, 247 million children in China were under the age of 15 (China National Bureau of Statistics) and 17.23 million babies were born. The children's wear market was EUR 22.7 billion in 2017, with annual growth of 14.3%. Health-compatible materials and safety aspects play a decisive role here for the consumers. 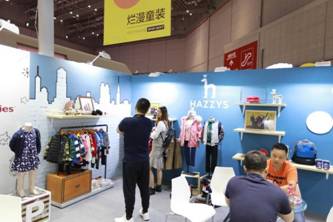 In addition to the Korean show-in show Preview In China, which featured over 50 Korean brands at CHIC, the companies and brands from Italy, France, Norway, the UK, Poland, Australia etc. presented themselves in the international FASHION JOURNEY sector. Italy again scored the largest European group participation with 10 brands of men's and women's accessories with Collirossi, Giovanni Fabiani, Fabiani, Mychoice, Sara Kent, Primigi Made in Italy, Thierry Rabotin, Tr1, Thierry Rabotin Couture and Tiffi. This shows the importance Italy attaches to exporting to the evergrowing Chinese market and its opportunities. In Chic March 2019 Italy will be represented with the pavilion "La Moda Italiana", supported by ITA Italian Trade Agency and EMI Ente Moda Italia.

Especially the collections of Italian and French exhibitors such as Maison Lener, Urbahia Paris, Giorgio & Mario from France have inspired visitors like vip com or the Yintai Shopping Center, who are looking for a stronger presence of European brands for the March event. The French pavilion "Paris Forever" is now also supported by the Federation Francaise du Pret-a-Porter Feminin by the Federation Francaise du Pret-a-Porter Masculin. The German community participation "Made in Germany" will also be organized for the March event.

The Norwegian shoe brand SWIM, exhibiting for the first time at CHIC, also attracted attention with loafers, rain boots, umbrellas and bags or the UK brand UKPiers with hand-sewn classic men's shoes. Buenos from Australia enthused with exclusive women's shoes in the finest lamb leather, which are made in Turkey. 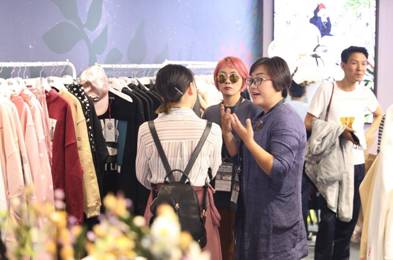 The exhibitors of the accessories areas Secret Star and Bags & Shoes were particularly satisfied. More than 120 brands used CHIC as a network and sales platform. Hennessy Bear was able to expand its customer network and find new agencies. Jero Chen, handmade shoes, placed directly on the first day, Hasuptam wrote over 30,000 EUR order. Stetson and Ruediger Accessoires were at CHIC for the first time with their Chinese agent, who was able to engage in very good cooperation talks at the show and expand his distribution network. Future Link presents solutions for an efficient and sustainable garment production, led by the exhibitors Suntole, Anok and Hikari, who offered intelligent systems for the production control of the companies.

CHIC as a service partner connects the trade fair participants twice a year and provides information about current market developments.

The CHIC App offered customers the opportunity to network directly with exhibitors and make appointments. By scanning the QR codes, the information could be exchanged immediately.

For the March event, the organizers of CHIC plan an extended Key Account Management, which aims to connect the desired distribution channels especially for the international exhibitors, in order to make the market entry for the international participations more efficient. CHIC offers brands the opportunity to gain the insight they need in Chinese retail to launch their own brand in the high-growth consumer market.