By Hand, For Foot

Virtually nothing has been hand-made in Germany for years. But increasingly, small companies are seeing the hand-made as an opportunity. Regina Henkel writes about the premium VOR shoes label.

The hand-made in the German fashion industry has been dying-for decades. All clothing, shoes and accessories are now produced in Asia or Eastern Europe, and knowledge about handcrafted production has largely been lost. But not the appreciation of manual work, certainly not as yet. That's why more small companies are recognising this as an opportunity. 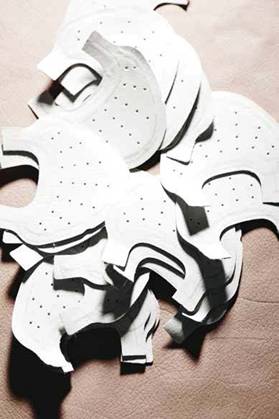 Take the instance of VOR, a sneaker label from Munich that has its exquisite shoes manufactured exclusively at a manufactory in the German shoe town of Pirmasens. Andreas Klingseisen and J�rg RohwerKahlmann have known each other since childhood. They had always been sneaker fans, and had the idea to establish their own sneaker label VOR to realise their own ideas.

Rohwer-Kahlmann had worked as a designer at Puma for seven years, and knew what he was getting into and what was important to him about his own label. "We wanted to make absolutely beautiful and good shoes," says Rohwer-Kahlmann. A common dream was soon to come true.

In 2010, the two started their own business with VOR. First, they had their exclusive sneakers produced in Vietnam, and then in Italy. But with a quantity of only 500 pairs, VOR was not exactly a premium customer-production was inevitably delayed and VOR got into difficulties with the delivery dates. And, nowhere was the quality right. So, the search went on until in 2014 when the two bumped into Bernd Hummel in Pirmasens. The German city had had a long tradition in shoe production, and Hummel was none other than the Europe-wide licencee of Kangaroos and owner of the shoe manufactory Hummel & Hummel. He had just taken over an insolvent shoe manufactory, and was looking for brands that appreciated being Made in Germany.

"It was a new start for both of us," says Rohwer-Kahlmann, "just as it was for the manufactory." The changeover was anything but smooth. Suddenly, they had to take care of everything themselves; there was no network of suppliers like in Asia or Italy. Every eyelet, every shoelace, every sole, every upper-leather and every liningleather had to be searched for and found. Nothing at VOR comes off the rack; every detail is deliberately chosen, even if you don't see it at all, like the lining-leather of the shoes. Normally, the liningleather is only available in two or three colours, but VOR had a different colour in mind and took a long time to find out the right manufacturer.

"There were times," says Rohwer-Kahlmann, "when we thought it would fail because of an eyelet!" It was not easy to convince suppliers to deliver exactly the quality that VOR wanted. Especially, if one could not promise large quantities. The conversion of production to the Pirmasens location cost VOR almost a year of production downtime.

But, for the two founders another way would not have been the right one. "We needed this time," says Klingeisen, "and that's exactly what VOR is all about". 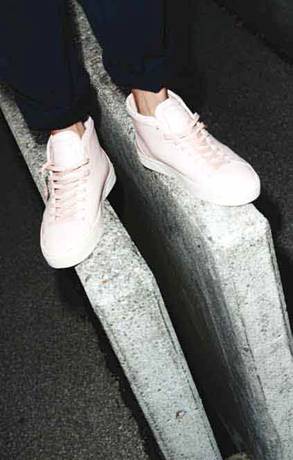 VOR sees itself as slow fashion. You can tell by the model name. There is the model 1A, 1B and so on. Most models are available in a small colour range and in different ankle heights. Seasons and trends don't play a role. A new model comes out when it is ready, not when the change of season demands it. What they all have in common is that their design is reduced to the bare essentials. Says Rohwer-Kahlmann: "Our shoes are exclusively made the way we want them to be. According to our design ideas, with the best materials, without compromises." In the end, the finished shoe consists of 40-50 parts and goes through many hands in the course of its creation. After all these years, the design is still a co-production between the two. Once a design has been determined, a prototype is created, which is then worn and tested extensively. Customers appreciate the meticulousness and come from the most different circles. They are between 20 and 80+ years old, the two entrepreneurs know.

Meanwhile, the enterprise keeps growing. The minimalist VOR Sneakers sell well in fashion stores and sneaker shops, which can sell shoes from �340 to men and women. Most retailers are in Germany, followed by Switzerland, South Korea, Japan and Hong Kong. About one-third of the customers buy directly via the webshop and come from all over the world. From 500 pairs of shoes in the first year, VOR now has 4,000. Almost every year the turnover doubles. The next big step: VOR is currently moving to new premises in Munich, where the office, showroom and shop will stay united under one roof.