A staggering 23.5 billion pairs of shoes were produced in 2017, but more shocking is that millions of these will end up in landfills as waste. In addition to polluting the environment, the footwear manufacturing process is also chemically intensive and poses numerous threats to the wellbeing of our planet. One example is the use of ethylene vinyl acetate, a material commonly found in the midsole of running shoes, which can last for as long as 1,000 years in a landfill. Since the enormity of the shoe waste problem is completely avoidable, it is now time for everyone to step up and improve the sustainability of the footwear industry.

Organisations like USA have attempted to address the shoe waste problem by adopting recycling programmes across the United States, collecting worn shoes and sending them to developing countries. Adidas recently paired up with Parley for the Oceans to repurpose millions of pounds of plastic that are currently polluting the world's oceans and Nike has attempted to reduce the number of shoes in landfills through its Reuse-A-Shoe programme. The Nike initiative aims to collect old, worn-out athletic shoes for recycling, and along with pre-consumer shoe waste, transform those into Nike Grind, a sustainable material used to create athletic and playground surfaces and more. Apart from implementing reuse and recycle principles, shoe manufacturers have also tried to reduce waste during the production process. For example, New Balance has developed footwear that features a new eco-friendly design with 75 per cent of the upper components consisting of environmentally-preferred materials while utilising as much of the original cutting materials as possible. While these measures attempt to reduce footwear waste, these are only addressing the problem peripherally.

The question remains whether it is possible for shoe manufacturers to go a step further and manufacture a pair of shoes, that are fully biodegradable from lining and insoles to padding and outsoles. The answer is a resolute 'Yes'. Inspired by the principles of sustainability, Italian fashion giant Salvatore Ferragamo launched the Rainbow Future shoes, complete with a hand-finished platform in veritable wood, crafted in organic crocheted cotton and finished with a leather lining made with no carbon dioxide emissions or water consumption. The shoes were also completed with water-based glue, non-galvanized brass and 100 per cent recycled sewing thread, and offer a look into the future of sustainable footwear. Elsewhere, Reebok launched a new shoe design made of corn and organic cotton. In addition to utilising organic plant-based materials and upcycled components, there are questions regarding the usage of even more sustainable materials that reduce the use of irrigation water, ensure eco-responsible production process and are biodegradable.

The solution appears to be botanical fibres derived from renewable wood sources. These innovative materials can be used for the entire shoe-from textile fibre in the upper fabric, lining, insoles and laces, zipper, sewing thread, as non-woven fibre in insoles or padding, or as powder in outsoles. Produced via eco-friendly production processes, the fibres derived from trees use 95 per cent less water and reduce the carbon footprint by half in comparison to cotton. The fibres are also certified as compostable and biodegradable under industrial, home, soil and marine conditions. Lifestyle footwear brand Allbirds has adopted these fibres in a move that shows their commitment to sustainability. Allbirds also uses Tencel Lyocell fibre derived from trees for its Tree Line series. As these trees come from Forest Stewardship Council (FSC)-controlled sources, Allbirds was the first brand to launch an FSC-certified shoe in North America and even the first FSC-certified upper shoe material globally. Bonn-based FSC is an international non-profit, multi-stakeholder organisation established in 1993 to promote responsible management of the world's forests. Allbirds also uses sustainable packaging materials comprising 90 per cent post-consumer recycled cardboard.

It is undeniable that the concept of 'recycle and reuse' can give shoes a second life and ensure those do not end up in landfill. However, it is vital go one a step further to encourage manufacturers to adopt more sustainable measures and use raw materials in their production process. Not only do such methods help alleviate the negative impacts associated with footwear manufacturing, these can also help reduce carbon footprint during production. Using innovative, sustainable materials also provides consumers with the assurance that their fashion choices are not contributing negatively to the environment.This is the only approach that fulfills a tripartite win-win scenario between manufacturers, consumers and the environment. It is vital for the footwear industry to step up and start acting now to work on more comprehensive sustainable shoe solutions in the future.

About the Author: Marina Crnoja-Cosic is head of global business management, industrial applications, at Lenzing AG. 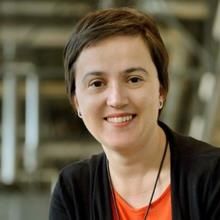