Africa has a Chance

The 2019 conference of the African Cotton Association in Bamako (Mali) revealed a lack of progress in the African cotton sector, reports Jozef De Coster. 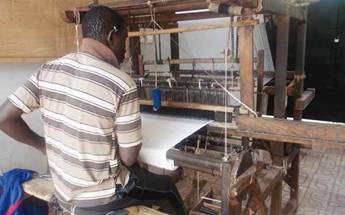 Seventeen years ago, the first annual conference of ACA (African Cotton Association) took place in Bamako, capital of the Sub-Saharan country Mali. It made sense that the ACA returned to Bamako this year (March 14-16), since according to recent figures, Mali has passed Burkina Faso as Africa's biggest cotton producer. In 2017-18 Mali produced 703,652 tonnes of cotton. The cotton farmers obtained on average a price of 250 FCFA/kg (or 0.43 $/kg). Most of the production was exported to Asia, with China (28 per cent), Bangladesh (20 per cent) and India (16 per cent) being the biggest customers.

Just like in some other West African countries, cotton in Mali is a very important pillar of the national economy. More than 4 million of Mali's 18 million inhabitants are dependent on cotton cultivation. The cotton sector has a share of 15 per cent in the gross domestic product (GDP). According to sector observers, Mali could in future grow much more cotton if irrigation investments would be undertaken near the Niger river and if the government would give more support to the sector.

However, the government of Mali is financially weak and foreign investors are not likely to take risks in a country that is characterised by instability and violence. Western embassies advise their citizens not to visit central and north Mali, including the World Heritage Site of Timbuktu. In spite of the presence of more than 13,000 United Nations peace keepers (Minusma) and 4,500 French troops, Tuareg rebels as well as terrorists (Al Quaida, IS) remain violently active in Mali.

The people of Mali like to remind foreigners that their country in the past was the centre of a vast empire. According to historians, never has a person lived on earth who was richer than king Mansa Musa I of Mali (1280-1337 A.D.). It's estimated that the personal assets of Mansa Musa surpassed many times those of the Roman emperor August, who himself was much richer (with around $4,500 billion personal assets in dollar terms) than people like Jeff Bezos (Amazon) or Bill Gates (Microsoft). 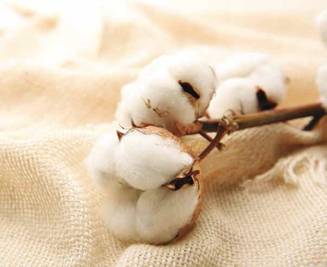 Marco Mtunga from Tanzania, the dynamic new chairman of ACA, believes that finally the time has come that Africa will be able to build a strong integrated supply chain from cotton to garments and other finished textile goods. Why? According to Mtunga, because the level of wage costs in the leading Asian textiles and garment countries is increasing so fast that the big actors in the worldwide textiles sector feel forced to examine investment possibilities in Africa.

Therefore, the chairman of ACA insists that African governments should create an attractive investment climate for foreign companies. However, the future of the African textiles and garment industry must not be dependent on foreign investment alone. The African cotton industry, at the bottom of the supply chain, has a big role to play. It should by all means increase the average yield per hectare which is still far below the world average (except in South Africa). It should also improve the cotton ginning system since the technical performance of this system has a significant impact on cotton quality.

Belgian Roger Fermon (IDL Belgium), who represented the American company Samuel Strapping Systems at the ACA conference in Bamako, remarked that the African cotton industry would also benefit from a shift from metal bale strappings to polyester strappings (free of wire processing oils or rust potential). According to Fermon, 100 per cent of Australian and 70 per cent of US cotton farmers already use polyester strappings. Leading fibre company Sofitex in Burkina Faso is using polyester strappings for 80 per cent of its bales, to the satisfaction of gin and consuming mills. The strappings are not only stronger than metal ones, they also cause less damage to the bags and they are safer to use.

Mtunga thinks that the ACA has to continue the fight against unfair international practices like the subvention of cotton exports. At the same time, the ACA has to keep an eye on African cotton quality and a sufficient financing of hard-needed cotton research.

Clothing shoppers in Europe are often told that items made of Egyptian cotton or of Pima cotton are superior in quality compared to all other cotton clothing. At the ACA conference, a panel of head classifiers from Mali, Benin, Burkina Faso, Cameroon, Ivory Coast and Togo, argued that the quality of African cotton is the best of the world. Their arguments? African cotton is a white cotton with mostly (more than 90 per cent) long fibres; the cultivated cotton varieties are mostly (more than 70 per cent) superior types; the fibres are stronger than those of Chinese cotton, and they attain a high degree of uniformity (80-85 per cent). Though there are differences among cotton qualities of different African countries, the classifiers agree that the bulk of African cotton can be labelled as "cotton of very good quality". 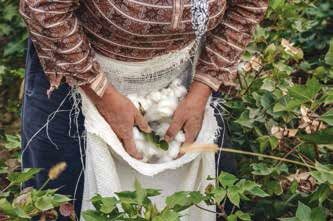 And yet, with the exception of Ethiopia, Sub-Saharan African countries didn't succeed in building a textiles and garment industry of some importance. At the Centre for the Development of Artisanal Textiles (CDAT) in Bamako, one learns that only 2 per cent of Mali's cotton is consumed in the country; the rest is exported. Also, Burkina Faso exports nearly all of its cotton (around 95 per cent).

Mtunga, who is also the managing director of Tanzania Cotton Board (TCB), regrets that the revered Tanzanian President Julius Nyerere made one big mistake: he believed that the Tanzanian textiles industry could be government-led. As a result, many textile companies collapsed. Today, there remains only one integrated textiles mill in Tanzania. However, Tanzania is now implementing a new Cotton Strategy, and thanks to the recently achieved abundance of electric power (the country will start exporting electricity in 2020), the country expects a successful take-off of its cotton textiles supply chain.