A&#43A is the world’s leading fair for safety, security and health at work. The 2019 edition will be held at Dusseldorf in November. A curtain-raiser. 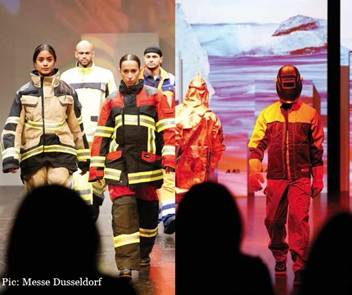 Today, from an international point of view, India isn’t among the top investors in the field of workers’ safety, business security and the physical and mental health of personnel. However, it’s sure that in the near future the Indian market of workwear, corporatewear and all kinds of PPE (personal protective equipment) will significantly grow along with increasing awareness of safety, security and health issues. For Indian visitors, the bi-annual trade fair A, which takes place in Dusseldorf (Germany) from November 5 to 8 could function as an eye-opener.