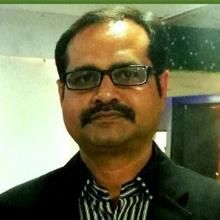 Ramakant Dubey offers a new solution to the problems faced in removing impurities in fibres and their entangling.

After the cotton fruit is plucked from plants, the fibres and the seeds undergo the ginning process. In the ginning machines, the main focus is to separate cotton fibres from seeds. But somehow, a few seeds get crushed and so the cotton along with seed coats and trash is packed in bale form and supplied to the spinning mills.

In cotton spinning, the first action is managed and controlled by the sequence of machinery called the blow room, whose main objective is to separate good fibres from impurities like dust, leaves, trash, seed coats and lint. The waste extracted is known as blow room droppings. For spinning good quality yarn, fibres should be free from these impurities. In general, the amount of waste extraction is decided by the trash in cotton mixing.

Beaters and air flow are the main components in beating and opening of fibres along with transportation of fibres and removal of impurities. During beating, some of the fibres get damaged or broken, and during transportation through air flow some long, short, damaged or immature fibres get converted into a ball form called neps, formed due to entanglement that may also carry tiny seed coats with them.

So fibres damage and neps are the by-product of the blow room process and to minimise these issues, there is a continuous development taking place in the machine design and in machinery components.

If lumps of fibres are opened and cleaned without any beating and air transportation, that would result in reduced fibre damage and reduced generation of neps. This will further enhance yarn quality with lower process flow.

To eliminate the series of existing beating and opening machinery, a pull zone may be introduced. This will solve the objective of removing impurities and opening of entangled fibres, and ensure reduced generation of neps and lesser fibre damage.

The main component of this proposed pull zone is the match box or 'Tik Tok' lattice, which has a capacity to extend and shrink during its engagement in pull zone. The lattice has pins on its surface that hold the fibres and during stretch, pull those from the bunch.

The lattice, along with the series of pins, is mounted over a pair of rolls. The speeds of front roll would be double that of the back roll, as this introduces the draft effect. Therefore, 200 per cent draft is introduced in the pull zone and the fibres are pulled from each other within the bunch. This results in the separation of fibres and simultaneously, waste gets separated and is disposed off through the series of grid bars. 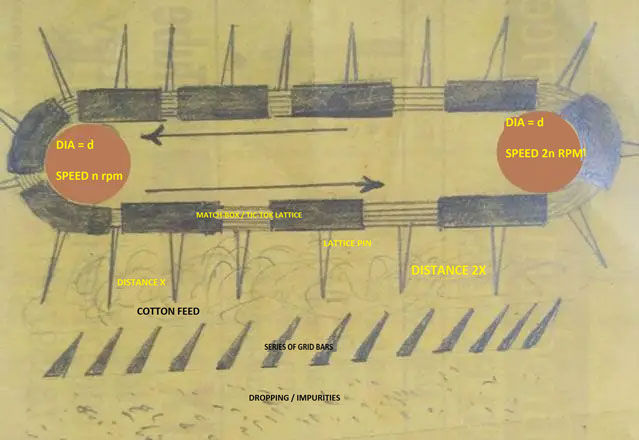 In the existing blow room, there is huge power consumption for air supply and beaters. The proposed pull room effect would save power as the series of bearing machinery would be eliminated. The amount of air suction required in this arrangement will also be minimal.