Carbon neutrality is the next step for some fashion brands. What will this actually look like?

When it comes to new, eco-friendly initiatives, the Kering Group is often leading the charge. The group includes major brands like Gucci, Yves Saint Laurent, and Alexander McQueen. The next big step on the Kering Group's green agenda? Going "carbon neutral."

Kering revealed last month that "the entire group will become carbon neutral within its own operations and across the entire supply chain." In addition to this effort, the group wants to offset all greenhouse gas emissions from 2018 as well, an ambitious and impressive claim. All of these promises sound great, but what does this actually mean?

What does it mean to be "carbon neutral?" 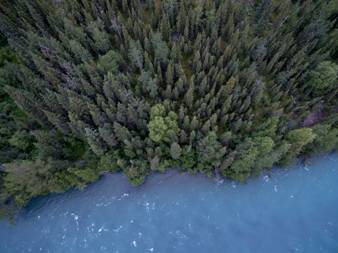 The adjective "carbon neutral" (also referred to as carbon neutrality) describes the goal of many businesses and organizations to take action to decrease the carbon dioxide gas released into the atmosphere as a result of their production practices. Becoming "carbon neutral" basically means that the company's "carbon footprint" is zero--all of the carbon compounds put into the environment by the consumption of fossil fuels are compensated for through other initiatives, or carbon dioxide emissions are eliminated altogether.

From this definition, it's clear that carbon neutrality is different from carbon elimination. Gucci CEO Marco Bizzarri said recently, "The only way we can have zero emissions is to shut down our business." Fair enough. So how can fashion brands successfully offset 100% of their emissions? Basically, by paying another entity to prevent the amount of greenhouse gas produced by your company… elsewhere. This means engaging in activities like buildings wind farms, planting trees, or persevering forests. It also means that brands could basically continue business as usual, as long as they fund initiatives that are doing ecologically beneficial work in the meantime.

So what will this look like for the Kering Group? The company has said that they plan to offset their carbon emissions through projects that "conserve critical forests and biodiversity, and support the livelihoods of local communities."

Gucci, in particular, has said that they will track units of carbon produced by the company, and purchase carbon offset credits from REDD. REDD is an international organization that was developed for this cause exactly. The initiative supports forest conservation projects, and receives funding from companies that they can directly feed into these projects, therefore actually "calculating" the carbon offset of the dollars.

In order to be able to claim total carbon neutrality, brands would need to track exactly how many units of greenhouse gas they emit in their stores and offices… which is easier said than done. What we do know is that this will equal millions of dollars invested in green initiatives. 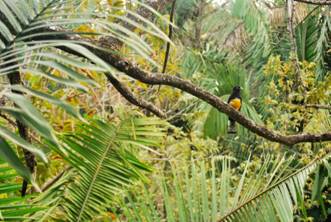 Who Else is In?

Yes, Gucci and the Kering Group are leading the charge into carbon neutrality… but who is going to follow?

Allbirds, a shoe brand using only all-natural wool, has joined up. They announced that by Earth Day (April 22), they plan to achieve carbon neutrality. Reformation, a brand from Los Angeles already known for their ethical practices, is also in. In fact, they're already there. Reformation teamed up with Brazilian Rosewood Amazon Conservation Project and the Bonneville Environmental Foundation Water Restoration Program to match their carbon emissions with conservation.

Will It Be Enough?

Hana Kajimura of Allbirds was interviewed by Fashionista recently, and shared this:

"Climate change is the biggest problem of our generation and the most urgent one to solve."  This sentiment has slowly evolved over the past decade from secondary priority to one at the forefront of everyone's minds. Though the lofty goals set by the brands mentioned in this post are impressive, they are being made by a relatively small group. Considering the vast reaches of the fashion industry… will it be enough?

It's clear from the proposed plans of the companies, as well as the astute quote of Marco Bizzarri, that these brands are not planning to actually eliminate their emissions, just offset them. This is important, of course, but an overall decrease in emissions is also an important place to start.

VOGUE recently published an article delineating 5 Ways the Fashion Industry Can Reduce Carbon Emissions. Investing in new, creative materials, as well as rebuilding more circular business models, are just as important as offsetting emissions. Vogue, as well as consumers worldwide, are encouraging companies to take a good, hard look at their entire supply chain, and find new, innovative ways to produce clothing without the level of pollution that has become the industry standard. Bear Scouts founder Dio Kurazawa put it this way:

"Brands have to think 'what could be fixed, what could be better.' There should also be more collaboration between brands and manufacturers. A lot of work is done through third parties."

Step by step, companies are moving toward more transparency and more investment in a greener future.