Indonesian textiles and clothing exports is growing at a rate marginally faster than that of the country's GDP, but the overall downward trend continues. A Market Intelligence (MI) report from Fibre2Fashion.

Exports of cotton and cotton products have been showing a consistent downward trend due to the continued fall of the Indonesian rupiah, fierce competition among yarn spinners in both domestic and overseas markets, shutdown of some major retail markets, uncompetitive cotton yarn prices for exports, and weak demand from export destinations. This also affected growth in cotton use in MY (market year which starts on August 1) 2018-19. Consequently, cotton imports have shown a slight increase and reached 772,929 metric tonnes in MY 2018-19.

Growth in Exports of Textiles and Textile Products

There has been a consistent increase in exports of textiles and textile products from Indonesia since CY 2017. During this period, an Indonesian trade delegation visited the US in July 2018 and committed to the predominant use of US cotton. US-China trade tensions too have resulted in more Indonesian garments being exported to the US and more cotton imported from the US. American cotton is still preferred over other varieties as it is of higher quality and more consistent. Now, with the conclusion of the Indonesia-European Comprehensive Economic Partnership Agreement (IEU-CEPA) in 2019 textile exports to the European market is expected to increase.

According to reports, the margins of smaller millers have reduced, who are now unable to increase yarn prices. Therefore, some have temporarily halted production. Moreover, domestic players are competing with imports from Vietnam and Bangladesh. According to the ministry of agriculture, the cotton production reported in MY 2018-19 was 51 per cent in South Sulawesi region, 25 per cent in East Nusa Tenggara and 8 per cent each in East Java and West Nusa Tenggara.

Consumption of Cotton and Fibres 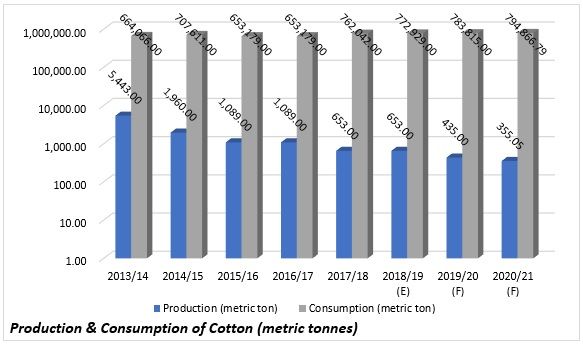 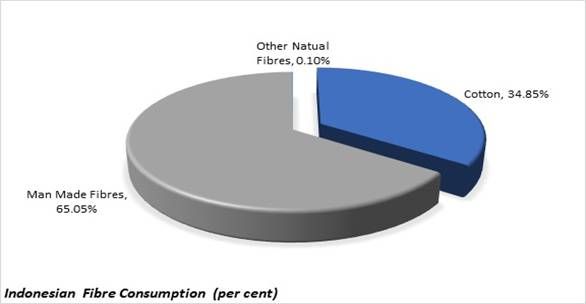 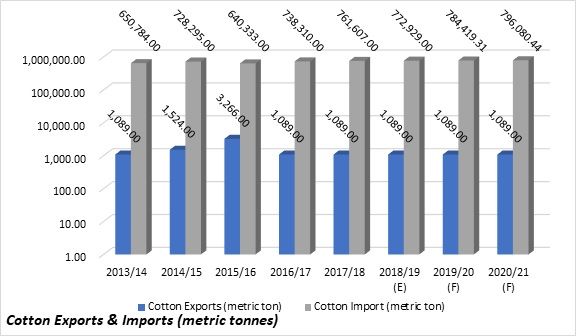 The major export destinations for Indonesian textile products are US (32.87 per cent), Japan (10.08 per cent), China (5.7 per cent), and South Korea (4.7 per cent). The domestic demand of textiles in Indonesia, however, continues to drop in the face of competition from low-cost imports.

Indonesia is now a major cotton importing country with no growth expectations in exports. The demand for US cotton remains high as domestic players favour American cotton and the Indonesian government has been promoting it in order to boost the country's bilateral trade with the US. Cotton imports are expected to increase in the event of expansion of mill infrastructures with higher production capacities. Meanwhile, cotton imports from the US reached a record $602 million in 2018 which allowed the US to regain its position in becoming the leading supplier of cotton to the country with a market share of 35.3 per cent followed by Brazil (25.2 per cent) and Australia (9.3 per cent). 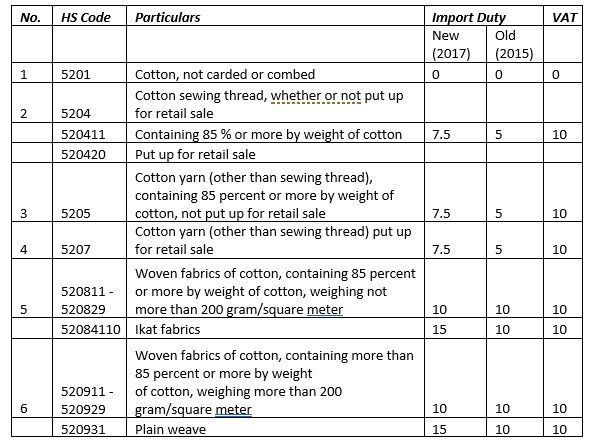 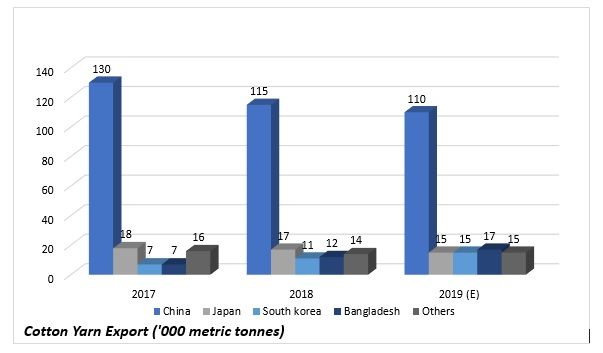 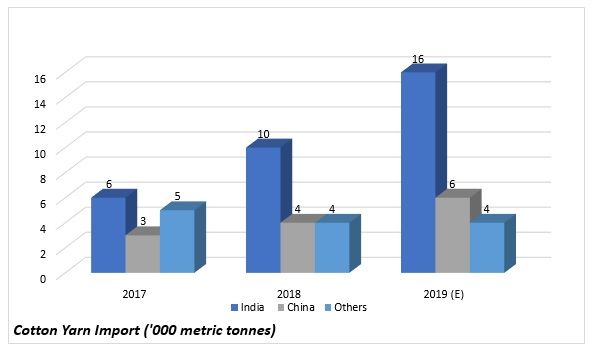