The Growth of Sustainable Fashion in Africa

The sustainability movement has taken off worldwide, and the African continent is struggling to keep pace.

There are over a billion people living on the continent of Africa, and not nearly enough accessible, sustainable fashion options to meet demand. This post will explore the reasons for the stunted growth of the sustainability movement in Africa, and why eco-friendly brands should shift their focus to the growing African population.

The Current State of Sustainable Fashion

At the moment, Africa’s most abundant source for clothing is China, and those garments tend to be cheaply produced and lower in quality. Though there are many large, thriving cities on the continent, there are also a lot of impoverished areas. The population with fewer resources has created a demand for low-cost clothing, and China has delivered with less-expensive… less durable items.

That isn’t to say that sustainable fashion brands are nonexistent in Africa. There are definitely some brands that have infiltrated Africa’s fashion market in various urban areas of the continent. But the problem with these items begins with their scarcity and ends with the higher cost. The perceived lower-demand for sustainable items has lead to both lower market penetration, and unfortunately high prices. But this isn’t going to be the end of the story. 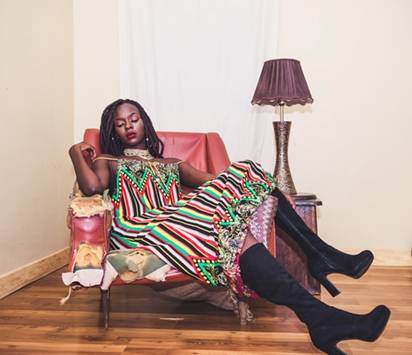 The statistics surrounding Africa’s second-hand clothing market, however, are staggering. An estimated 80% of all people in Africa wear second-hand clothes according to an article from the African Exponent. This is especially true in Ghana, Benin, and Kenya. These three countries receive a bounty of used clothing from all over the world. This is clothing that would have otherwise ended up in landfills in the United States (mostly), or other more economically affluent countries. Because these clothes are, instead, repurposed, it’s by definition an eco-friendly option.

But with all of the second-hand clothing entering the country, local clothing industries have suffered. Those looking for low-cost clothing can’t do any better than the secondhand imports. But that means that local brands can’t compete with the fierce competition. The problem is so prevalent, in fact, that some countries are considering banning second-hand imports. A chairperson from the Worldwide African Congress reportedly told CNN that “after 50 years of independence, our country, Uganda, and other African countries, should have the ability to produce and manufacture certain things, like clothing, locally.” The idea is still controversial.

The debate stems from the fact that most areas of the continent cannot actually produce enough clothing for all of Africa’s residents without the affordable, second-hand supplements. Regardless of the presence of the (accidentally) sustainable used imports, many think it’s time for African markets to accept and capitalize on the sustainable fashion industry in a way they previously haven’t. 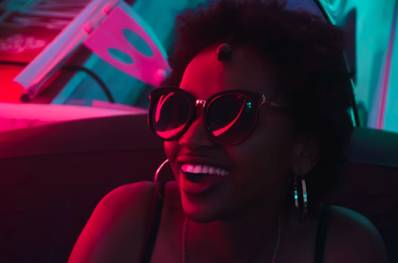 The Need for Amped-Up Sustainable Fashion Growth in Africa

There are a lot of challenges facing many countries in Africa. Because of this, the fashion industry has not historically taken center-stage when pitted against the need for food, healthcare, and housing. But there is something that many of these issues have in common: the link to climate change. Climate change has had an impact on every challenge that the African continent has dealt with. And what industry has contributed to climate change in a BIG way in the past decade?

The fashion industry contributes an estimated 10% of all the greenhouse gas emissions on earth. That is a significant number. The industry also absorbs an incredible amount of resources, including both water and energy, though most people are not aware of this high cost. Furthermore, the fashion industry is one of the biggest sources of pollution on the planet. So whether or not policymakers in Africa make the connection, the need for sustainable fashion in Africa definitely exists.

Many sustainable fashion brands are smaller companies with less disposable resources, making marketing in the tougher African fashion scene difficult. The resources simply are not there. But a profitable market for ethical fashion definitely exists in Africa, and it will sit, ready to be taken over, until a handful of brave brands step in.

Though there will always be impoverished pockets in Africa, the growth of the middle and upper classes has been significant. Both South Africa and Kenya are ripe for the infiltration of luxury brands. But many players in the sustainable fashion scene are not aware of the rich group of Africans ready to invest in ethical fashion.

The issues of education exist both with African buyers and ethical brands. Brands need to be shown the exciting possibilities for growth in Africa. Consumers on the African continent need to see the importance of their investment in eco-friendly clothing options, and the connection this investment has to the food and health-related difficulties Africa faces.