ECAP Project: Fashion gets a plan

The four-year-long European Clothing Action Plan (ECAP) has just concluded. Fibre2Fashion summarises the findings and achievements over a range of innovation projects conducted through eight workstreams.

In September 2015, when the European Clothing Action Plan (ECAP) was launched, it seemed to be quite an ambitious project. The €3.6 million pilot project funded by EU LIFE was meant to increase environmental and economic benefits by reducing the carbon, water and waste footprints of clothing in the European Union (EU). On December 31, 2019, the project drew to a close, and is likely to serve as a benchmark in the next few years, at least.

The landmark project involved UK charity WRAP, working in partnership with MADE-BY, Rijkswaterstaat (part of the Dutch ministry of Infrastructure and the Environment), Danish Fashion Institute and London Waste and Recycling Board (LWARB). The ECAP idea itself was based on the principles of WRAP's earlier Sustainable Clothing Action Plan (SCAP) for the UK.

The project focused on the clothing supply chain and came up with eight action areas. The findings are important as are the action areas which together lay down a roadmap. Even though the project was meant for the EU, the ECAP will have a bearing on other countries too since for many apparel producing countries it is the EU which is their biggest market. Since the ECAP is about Driving Circular Fashion and Textiles (the title of the summary report published on December 13, 2019) in the supply chain, manufacturing countries will now need to work in tandem with EU countries.

The eight action areas outlined were: 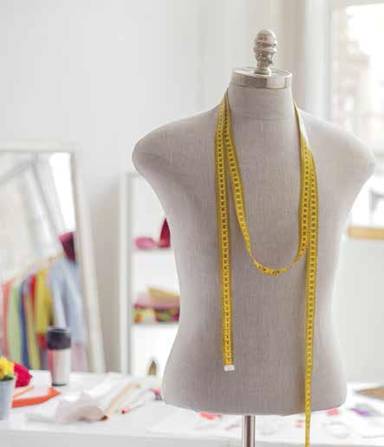 The ECAP wants to equip designers and product development teams with the tools and knowledge making them capable of influencing industry and consumer practices. The reason is this: designers influence up to 80 per cent of a product's environmental impact through pattern development, material choice. So, fashion and textile designers become crucial in improving the environmental profile of a product. The project found four fundamental areas where changes to design practices can help ensure items look good for longer and extend their usable life. This in turn resulted in the creation of the Design for Longevity platform that will raise awareness, inspire and empower designers and product developers to influence the extended life of clothing through changes to design practices that also support a circular economy. The platform has been created in collaboration with designers and product developers, and showcases the importance of their role in the fashion sector. It highlights what concrete actions they can take to actively change the design process towards integrating best practices and inspiring new innovations. The idea is to help the sector make informed decisions during the design phase of garments. The platform website sums up well: "When we design for longevity and circular strategies, we focus on prolonging the useful life of products and resources." 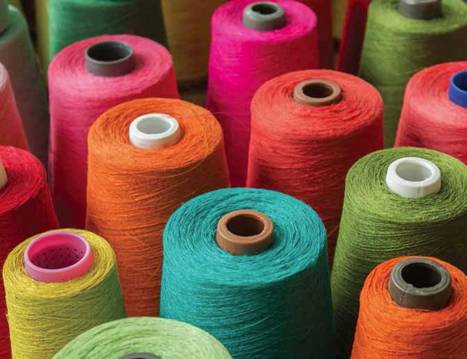 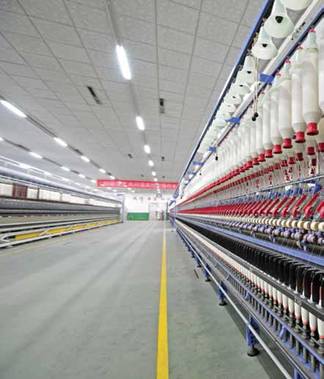 One of the problems in influencing production practices within the supply chains of European brands and retailers, to reduce pre-consumer waste (materials leftovers), is that the subject of pre-consumer waste is still an area with limited understanding. Research suggests that up to 25 per cent of pre consumer waste is being 'spilled' at early stages of production. The solution would mean: working with brands, manufacturers and other stakeholders such as fabric traders and recyclers, a new model can be developed that enables material leftovers to be optimised; and, putting in place the systems to effectively deal with pre-consumer material leftovers will enable the sector to effectively tackle post-consumer waste. Some steps were taken: MADE-BY formed a partnership with Reverse Resources to enable delivery of the action area within the supply chain, while research was carried out by Reverse Resource on a site visit in early 2018 to two factories operated by a major clothing manufacturer in Sri Lanka, in order to identify, trace, and analyse their production leftovers. The action area had problems as the ECAP website noted: "Despite interest from some stakeholders, there were no signed up participants to this action at the time when MADE-BY went into liquidation in late 2018 and the ECAP consortium was unable to take on the delivery of this action area." The public sector makes huge procurements around the year, and around the world. Their buying power is huge and they can set an example to other buyers, especially in the private sector. The Dutch Ministry of Defence, the project website noted as an example, signed contracts for 100,000 towels and 53,000 overalls with 36 per cent and 14 per cent recycled post-consumer textiles. Like many European governments, they are taking an important step towards supporting sustainable workwear. The ECAP produced a number of reports which outlined the role of public procurers in developing circularity in this sector. The European Textiles and Workwear Market Report provided insight into the development of circular workwear in north-western European industry countries, while Embedding Circular Procurement in purchasing of workwear explored the opportunities and barriers to sharing and implementing circular procurement principles to workwear across Europe. The EU has already developed a green public procurement criteria to facilitate sustainable requirements in public tender documents, while as part of the ECAP, the Dutch agency Rijkswaterstaat helped develop a new Criteria-for-Sustainable Procurement-in-Workwear which was shared with the European Commission to include in the green public procurement criteria. 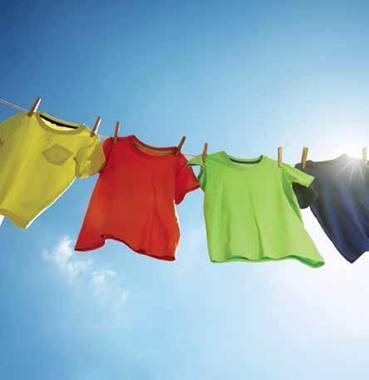 When the ECAP was launched in 2015, over 6 million tonnes of clothing were being wasted in the EU. The EU Clothing Survey that year found: people in the Netherlands were most likely to own a dryer but least likely to want to learn repair skills; those in Germany were less likely to own a repaired item of clothing but most likely to own clothes they never wear. The ECAP targeted organisations with a consumer campaign pack filled with readymade, practical communications materials, ideas and guidance to help people kick start their own consumer messaging. The pack was based on materials and messages developed through WRAP's successful Love Your Clothes campaign in the UK and adapted and tested with consumers in Germany, Italy, the Netherlands and Denmark. The ECAP project also ran some test behaviour change intervention activities. This action area covered the consumers engagement, and sought to find ways to help consumers to buy, care / repair and dispose of clothing in a more sustainable way. It worked alongside another ECAP action for young consumers #LoveNotLandfill. The case studies included: Engaging Universities in a Community Clothing Campaign; Arranging a Citywide Clothing Engagement Campaign; Reuse and Repair; Know Your Care Labels; Lost Socks; Swap Shop; Clothing Upcycling for Charity; Setting up a Clothing Collection Drive for Staff; Textile Processor; Community Engagement; Setting up a National Network of Crafting Collaborators; Local Authority Engagement; Maximising Online Engagement; Charity Fashion Live; Textile Containers. 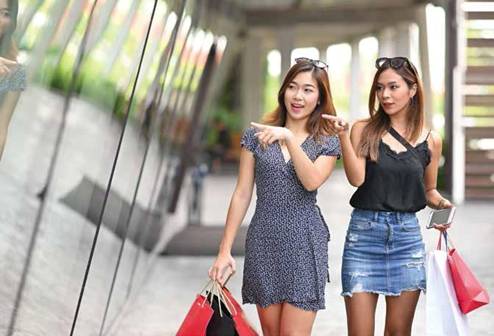 The project started with a ground reality: every week in the UK 38 million items of new clothing were being bought and 11 million items of clothing went to landfills. To reduce the latter, the project sought to engage young people in London to change their behaviour in relation to clothing through a series of events, initiatives and activities to increase understanding of how clothes impact the environment. The LWARB ran the campaign #LoveNotLandfill which targeted younger consumers to increase their understanding of how clothes impact the environment. It encouraged young Londoners to donate unwanted clothing to charity, put them in clothes banks, swap, borrow and buy second-hand. There were learnings and insights. The campaign found it difficult to connect with authorities for support. Their limited resources and focus on other recycling targets meant that interest in getting involved was limited. So, instead, the project built relationships with partner organisations such as textile recyclers, charities and sustainable fashion activist groups. The LWARB identified a retail partner to try out an alternative business model in order to reduce clothing waste and promote circularity. In November 2017, Asos began working with LWARB on a project to assess the commercial viability of circular business models. Although the trial did not result in a business pilot, a number of insights and findings were discovered. A survey conducted by Asos found its customers were already engaged in the buying and selling of used and second-hand clothing, and that customers would be interested in similar propositions launched by retailers. 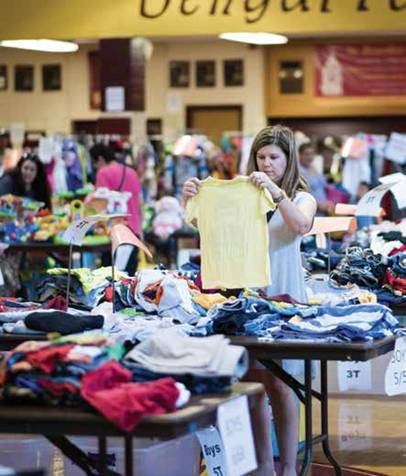 In most Western European countries, only 30-50 per cent of discarded textiles from households were being collected. In major cities, this figure was even lower; there were many highrise buildings and less space to collect. The rest of the textile material would be simply thrown away and not be recycled or reused. Valuable materials would thus be lost because those would be sent to landfills or incinerated. Unfortunately, many of the clothes could have been reused in the second-hand market, or even be recycled. But now, according to the European Waste Directive, by 2025 EU member states would be obliged to have a system in place for separate collection of textiles, not only re-wearable garments. The ECAP studied practices in six cities across Europe and uncovered a wealth of approaches, both in terms of physical collection methods but also how collection and subsequent processing was organised, key messages that have been communicated to citizens and the role that municipalities have taken. Also, Leger des Heils ReShare ran a trial to collect more textiles by adding more clothing banks in Utrecht. The ECAP published its findings in July 2019 in order to help municipalities implement measures to take positive action. The guidance document provides municipalities with information that can help them to take up a leading role in the collection of textiles. 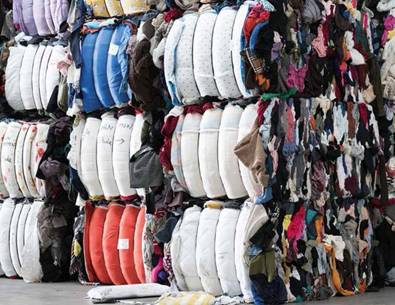