Does Animal Agriculture For Fashion Contribute To Climate Change?

Animal agriculture for fashion and its impact on climate change. Are these connected?

The journey towards a more sustainable world has to start with education.

Along with deforestation, the use of fossil fuels to create energy, and animal agriculture have become two of the most significant contributors to climate change and global warming.

According to 2017-2018 Food and Agriculture Organization of the United Nations, and the World Resources Institute, burning fossil fuels to create energy creates about 65 per cent of greenhouse gas emissions.

Deforestation comes second with almost 20 per cent, and animal agriculture takes third place with emissions between 15% and 20%. But, as you’ll see the fashion industry has a hand in all these ‘pies’. 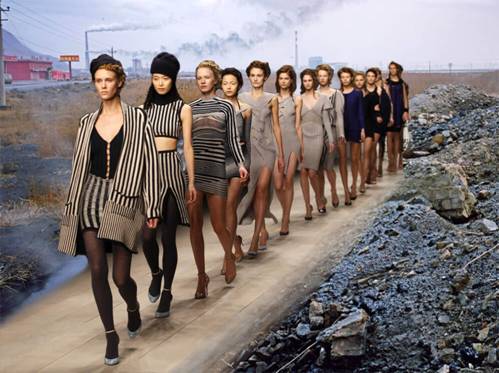 Understanding the role of the fashion industry in global warming is critical, especially now when, arguably, the industry has been presented as the second most polluting industry in the world, after oil and gas.

To help with the answer, we wanted to run an experiment and see if our audience is aware of the extent animal agriculture for fashion impacts climate change.

First, we’ve asked our readers to share with us their opinion regarding how the fashion industry has obtained such an infamous ‘award’ – one of the most polluting industry in the world. 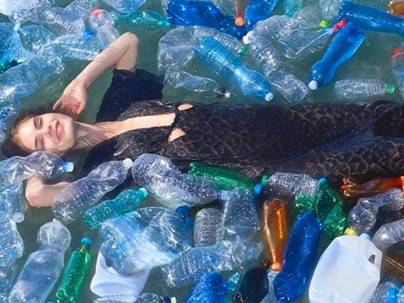 Most respondents assumed that it was because of the large amounts of discarded garments, wasted materials during the manufacturing of fashion products, and so on.

Others believed that the toxic chemicals discarded in rivers and oceans are the main culprit.

Another potential cause, in their eyes, was the use of plastics and other petroleum-based materials in fashion products.

Sadly, less than four per cent of our respondents mentioned animal agriculture or animal farming for fashion as the main cause.

To us, the results were at least uncomfortable. It shows that there is almost no awareness of the role of animal farming is causing climate change.

Even worse, from the four per cent that is aware of what’s making fashion one of the most polluting industries in the world, only 1 per cent knows how much animal agriculture contributes to global warming and climate change.

It is the use of animal-based materials that have made the fashion industry the acceleration pedal of the climate crisis race. That bad it is. 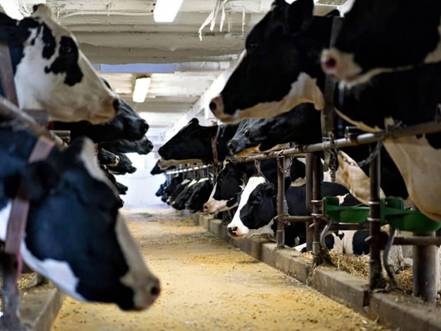 We then went back to our audience, and asked: “What’s the best way to reduce our footprint and combat the climate crisis”.

Most answers revolved around the avoidance of plastic products, shopping lesser or unless you really need it, or washing less often your garments.

While all these are excellent recommendations, not many answers acknowledge the existence of cruelty-free and sustainable fashion designers.

Let alone their role in slowing global warming and climate change by not using animal leather in their products.

It is no longer a secret, when it comes to climate change, animal agriculture remains the main culprit.

The vegan movement, which is now spreading into fashion, is well aware of this: “Stopping meat consumption is ‘single biggest way’ to fight the climate crisis on our planet.” 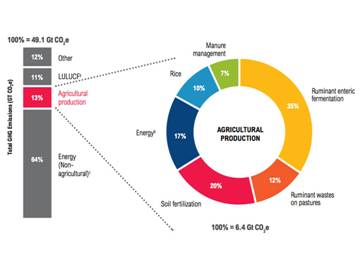 But let’s detail on the link between animal agriculture, climate change, and fashion.

It is very simple: 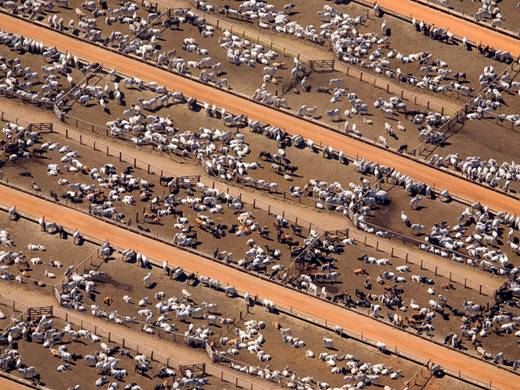 Raising livestock for meat and fashion has become the second-highest source of greenhouse gas, generating 14.5% of the global emissions, higher than all transportation emissions combined.

Animal farming has also become one of the main causes of water pollution, deforestation, and biodiversity loss by using over 70% of the agricultural land.

In fashion, leather is obtained from the skin of slaughtered animals. For that, animals must be raised with lots of food.

But, to make food for animals, lots of land and water is needed.

In the United States alone, over 80 per cent of the agricultural land is used to grow grain to feed and raise animals.

To put that into perspective, 80 per cent of the farming area is 2.5 million square miles or almost half of the total landmass of the lower 48 states.

But, animals need water as well; almost half of all the potable water used in the U.S. goes to raise them, for food or fashion. 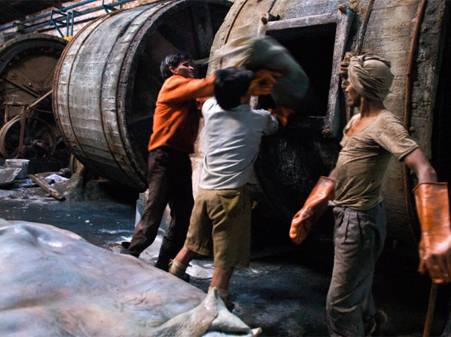 Urine, excrements, methane and CO2, these are the most significant contributors to global warming.

The urine and excrements end up in our waterways, the CO2 and methane gas pollute the air.

Even worse, according to ‘United States Environmental Protection Agency’ methane is 84 times more effective than CO2 at trapping heat in our atmosphere. 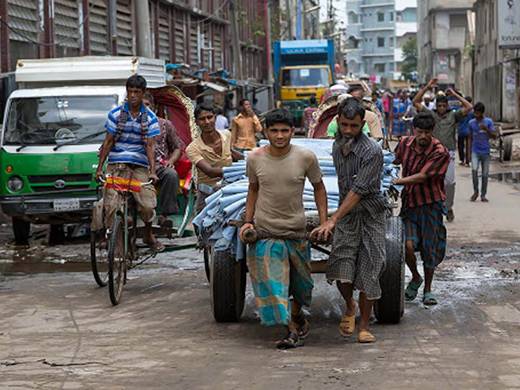 To obtain leather for fashion, manufacturers require the raw material first – that is the animal skin.

Here we have another two massive source of CO2 and toxic gas emission, the transportation systems and the tanneries processing the animal skins.

As during this process, the animals must be transported considerable distances, several times.

First, the animals are taken to factory slaughterhouses where they are sacrificed.

Then, their body parts are processed, sorted and packaged, ready to be shipped again, to buyers, of meat, skin, bones, across the word.

In the case of fashion, animals skins are taken to tanneries that are using toxic chemicals to turn animal skin into various types of leather, and then, transport them to labels across the world.

Climate change has become a significant cause of environmental disasters and a threat to biodiversity, resources preservation, and water availability.

Climate change has become a significant cause of environmental disasters and a threat to biodiversity, resources preservation, and water availability.

Fashion, as we know it, is an industry built on pain, cruelty and horror. An industry that destroys the environment, animals, and everything around us.

These numbers don’t lie. Raising animals for food and fashion damages the environment more than just about anything else that we do.