Global trade, already on a decline, is coming to a grinding halt. Even if this were to be for a few months, the economic impact would take years to overcome.

As everyone else, the World Trade Organization (WTO) had not seen it coming either. The WTO Goods Trade Barometer of February 17 had predicted that world merchandise trade growth was likely to remain weak in early 2020. It had also added, almost in fine print, “It does not account for recent developments such as the outbreak of covid-19, the new coronavirus disease, which may dampen trade prospects further.”

What was just a dismissive “may” was to become a disconcerting eventuality in a matter of weeks. The WTO now has a dedicated webpage to help governments, business, the media and the public track the latest information on trade-related responses to the covid-19 outbreak. 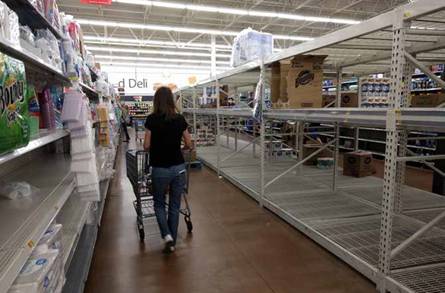 Director-general Roberto Azev�do sees a sharp fall in trade and has called for global solutions to the covid-19 crisis. In a video message on March 25, the director-general said a global solution was needed to address the global challenge brought about by the pandemic. “No country is self-sufficient, no matter how powerful or advanced it may be. Trade allows for the efficient production and supply of basic goods and services, medical supplies and equipment, food and energy ...Keeping trade and investment flowing will be critical to keep shelves plentiful and prices affordable,” he said.

Many others have also called for trade to remain open. Ursula von der Leyen, president of the European Commission, urged, “The free movement of goods and services is our strongest, and frankly, our only asset to ensure supplies can go to where they are needed most. ... It is why we are calling for priority ‘green lanes’ for essential freight transport. These will ensure that crossing the border takes no more than 15 minutes. And they will help ensure that goods and supplies can go where they are needed, and we can all avoid shortages.”

The United Nations Conference on Trade and Development (UNCTAD) too has given a call to keep ships moving, ports open and cross-border trade flowing. Mukhisa  Kituyi, secretary-general of UNCTAD, wrote on the UN body's website: “In this time of global crisis, it is more important than ever to keep supply chains open and to allow maritime trade and cross-border transport to continue. This means keeping the world’s ports open for ship calls and the movement of ships’ crews with as few obstacles as possible. Transit needs to be facilitated, too. Landlocked countries need access to food and medical supplies through neighbouring countries’ seaports.

“Shipping and ports hold the world economy together. They connect countries, markets, businesses and people, on a scale not otherwise possible. A vast array of goods and commodities are transported by sea to meet the demands of industrial and manufacturing sectors, energy needs, as well as business and consumer requirements. These range from raw materials such as coal and iron ore, oil, gas carried as bulk, to manufactured goods of intermediate and finished products carried in containers.”

Kituyi cautioned, “Restrictions on trade and cross-border transport may interrupt needed aid and technical support. It could disrupt businesses and have negative social and economic effects on the affected countries. Governments should therefore continue to facilitate movement of not only relief goods, but goods in general, to minimise the negative impact of the covid-19 outbreak. To ensure that vital goods reach consumers and hospitals in destination countries, responsible agencies should coordinate and cooperate within and among countries so that indispensable goods reach the populations in coastal and landlocked countries alike.” 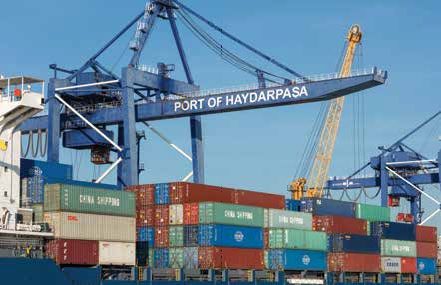 In the first week of March, the UNCTAD had said that the slowdown of manufacturing in China due to the covid-19 outbreak was disrupting world trade and could result in a $50 billion decrease in exports across global value chains. In February, the country’s manufacturing Purchasing Manager’s Index (PMI) fell by about 22 points to 37.5, the lowest since 2004. Such a drop in output implies a 2 per cent reduction in annual exports. “Because China has become the central manufacturing hub of many global business operations, a slowdown in Chinese production has repercussions for any given country depending on how reliant its industries are on Chinese suppliers,” it said.

However, then, the disease had not yet spread to the US, or swept through Italy, France and Spain. And, the WHO was yet to categorise covid-19 as a pandemic. The drop in trade will plummet, and it would be anyone's guess as to what the numbers would be. But with most countries banning incoming / outgoing flights, trade has already taken a bigger hit than ascertained in early March.

A March 26 UNCTAD analysis has gone on to say that the coronavirus pandemic will affect global foreign direct investment (FDI) prospects and the negative impact will be worse than previously projected on March 8. “Updated estimates of covid-19’s economic impact and revisions of earnings of the largest multinational enterprises (MNEs) now suggest that the downward pressure on FDI flows could range from -30 per cent to -40 per cent during 2020–21, much more than previous projections of -5 per cent to -15 per cent,” it said.

The analysis said, “Since then, 61 per cent of the top 100 MNEs that UNCTAD tracks have issued earnings revisions that confirm the rapid deterioration of global prospects. And 57 per cent have warned of the global demand shock’s impact on sales, showing that covid-19 is causing problems beyond supply chain disruptions after a production slowdown in parts of China.”

Commenting on the economic chaos exacerbated by the covid-19 crisis, UNCTAD director of globalisation and development strategies, Richard Kozul-Wright, and former Brazilian finance minister, Nelson Barbosa, wrote in an article: “We must never return to our extractive economic model, rooted in a toxic combination of unregulated finance and concentrated market power, which has rigged the economic rules of the game since the 2008 crisis. A return to progressive tax structures, strategic industrial policies, the revival of public banks and a willingness to take on vested interests, including large pharmaceutical companies, will be required if economic recovery is to pave the way to a healthier, more inclusive and sustainable future.”

They concluded, “Seventy five years after the international community called for a united front “to promote social progress and better standards of life in larger freedom,” a new Dumbarton-Oaks meeting is needed, this time with genuine democratic representation and fully committed to a multilateral agenda built around prosperity for all, caring societies and a sustainable planet.” The Dumbarton Oaks Conference was an international conference held from August 21, 1944, to October 7, 1944 wherein the United Nations was formulated and negotiated among international leaders.

What Kozul-Wright and Barbosa are saying has been articulated in different words by many across the world. It is perhaps time for a new world order.