Discovering Sustainable Textile and Apparel Manufacturing: A Journey with Esquel

The textile and apparel industry around the world hasundergone dramatic change since the end of the quota system in 2004. Accordingto ITMF’s International Textile Machinery Shipment Statistics, investments innew textile machinery jumped in Asia in the past 15 years both to increase andalso to upgrade production. In the past 15 years, around 90% of all newmachinery was shipped to Asia and the bulk of it to China. Next to newinvestments in better machines that consume less energy and water, textile and apparelcompanies also improved the livelihood of million of workers in the industry byproviding jobs, upskilling and social stability. This change is visible bylooking at the macro data like investments, employment or GDP. To seefirst-hand what this development looks like and means for the people and theenvironment on the ground over a period of many years, is encouraging. In thepast 13 years, I had the rare opportunity to visit different facilities of acompany in different countries and see how things evolved.

I first met Dr. John Cheh, Vice Chairman and CEO of theEsquel Group, in 2005 when he spoke at the ITMF Annual Conference in Istanbul.Thereafter, Esquel became one of the first Corporate Members of ITMF. From thevery beginning, Dr. Cheh saw ITMF as an opportunity to connect with like-mindedpeople who are passionate about improving the textile industry. Ever since, hehas been actively engaged with ITMF and in 2011 joined the Board.

From the very beginning, it was clear to me that Esquel caresabout the mark it leaves on this planet. It is a vertically-integrated textilecompany with global operations fighting to make a positive impact on itsemployees, the environment and society. This stems from the company’s vision of“Making a Difference”:

“We believe that every employee has the potential to be anagent of positive change. Our 5E-Culture — Ethics, Environment, Exploration,Excellence and Education — forms the foundation of our approach and informs howwe make decisions.”

I have visited several of Esquel’s production facilitiesin China and Vietnam. What stood out to me was the attention the company paidto the working conditions for its employees, as well as the surroundingenvironment and local communities.

In 2007, I joined the ITMF Spinners Committee to visitcotton growing regions in China, which included a visit to the Xinjiang EsquelTextile Company in Urumqi and its spinning facility. Esquel began itsconstruction of a vertically-integrated supply chain in mid-1990s when they establishedtheir first spinning mill in Xinjiang. Along with subsequent expansions theymanage to take control of every step of the process from the very beginning,ensure a reliable supply of premium grade cotton, and establish a strongfoundation for their development in sustainability that focuses on people,planet, product and community. Our team was clearly impressed during the tripand wrote in our report:

“The factory has ‘state of the art’ imported equipment and still continues to expand with the latest spinning, winding and doubling equipment. The management of this factory could undoubtedly stand up to a textile mill anywhere in the world.”  (ITMF Spinners Committee Travel Report 2007, pages 12) 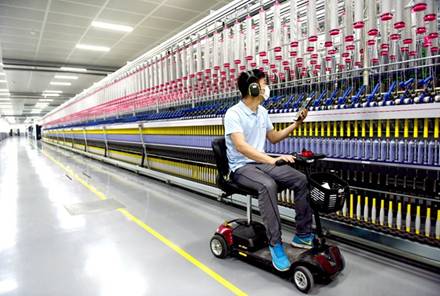 During my most recent visit to Esquel’s spinning facility in Changji, Xinjiang in 2017, I once again had the opportunity to see a cotton spinning mill equipped with ‘state-of-the-art’ machinery and a highly skilled staff producing premium yarns. Esquel has made incredible progress in automating the textile industry – at Esquel’s Changji facility, only 15 people are needed to run 10,000 spindles, compared to 50 people in a conventional spinning mill. An important takeaway from the visit was that Esquel’s huge investment in automation enabled them to hire and train high-quality workers from the local community. Not only are these employees trained and reskilled for long-term careers, but they are also paid significantly above the minimum wage and enjoy a higher standard of living in Xinjiang. 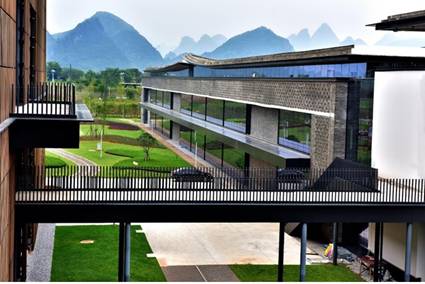 In 2017, I also visited Esquel’s newest production site in Guilin, Guangxi in the southern part of China. Here, Esquel produces yarns, conducts research on natural dyes and develops new products. It was striking to see a textile manufacturer build a state-of-the-art production facility in the middle of this incredibly beautiful landscape. Esquel created a campus-like facility that in my opinion is second to none – in a park-like area with lakes, buildings with wonderful architecture where manufacturing facilities and the natural environment co-exist in perfect harmony. The spinning facility is equipped with the latest technology and automated equipment. Esquel’s facilities in Guilin are operated by a highly skilled workforce, helping to increase the standard of living in the region.

In the past 10 years, I have visited Esquel’s garment manufacturing factories in Vietnam twice. Just like the spinning mills in Xinjiang, the level of automation in these garment facilities surpasses the industry standard. Regarding the working conditions, it was impressive to see that the workforce not only has an excellent working environment, but they are also constantly encouraged to improve their skills and as a result, raise their salaries. Over the years, the company has attained many patents, often developed by the front-line workers, helping to increase the overall efficiency and productivity of the facilities. The dedication to long-term career development at these facilities continues to impress me. They shared data with me showing that, over time, Esquel’s workers had improved their skills and efficiency, leading to higher incomes and reduced working hours. 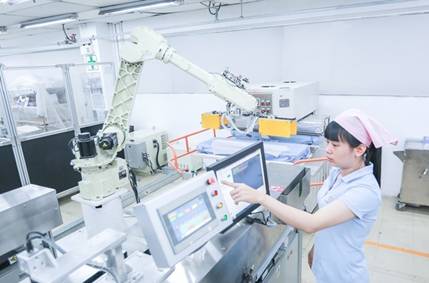 Esquel cares about local communities, and in turn local communities care about them. In 2014, we saw this local support in action after a riot broke out in Vietnam, affecting Esquel’s garment facility near Ho Chi Minh City. On the second day of the riot, many Esquel workers, of their own volition, returned to the factory with posters saying “Protect our factory! Protect our livelihood!” This dedication to the factory caught the attention of both national and global press, leading to immediate help from local security forces that kept the factory safe. Such an outpouring of support from the local employees illustrates the appreciation they have for Esquel and their quality employment. 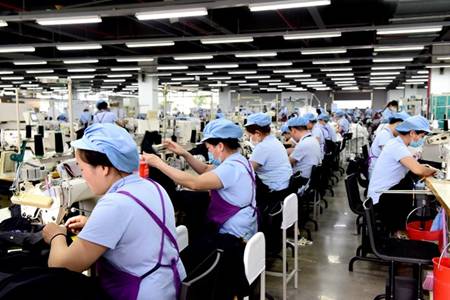 By visiting any of Esquel’s facilities or attending ‘Integral Conversation’ (Esquel’s own conference on sustainability), one could tell that this company is not greenwashing but is working hard to reduce continuously its environmental footprint by using cleaner dyes and reducing water and energy consumption. This is only achievable by working closely with sustainability partners along the entire value chain, especially textile machinery and chemical companies. Their wastewater-treatment facilities in Gaoming, China, has a daily capacity to treat 38,000 tons of wastewater to standards substantially better than regulatory requirements, and additional water-recycling process generates 2,000 - 3,000 tons of treated water per day for reuse in manufacturing operations. 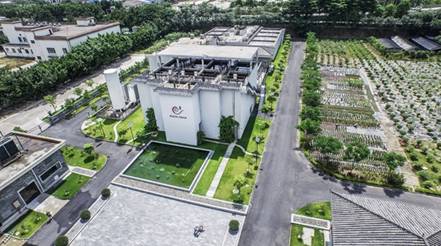 Since 2005, Esquel has reduced, on a per unit of output basis, consumption of water by 67% and electricity by 49%. With investments in ‘state-of-the art’ technology and a skilled workforce, it is possible to operate sustainably, profitably and socially-responsibly. 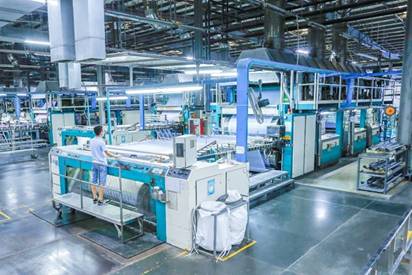 Esquel is not only looking after its employees, but the local communities as well. This becomes most apparent when we look at the activities of the Esquel-Y.L. Yang Education Foundation. For example, in 2012 the foundation established the Vision Screening Program which has provided free eye screening to over 10,000 students in rural Xinjiang. The Foundation also provides eyeglasses for free and support for eye surgery.

Whenever I have the opportunity to talk at conferences or in interviews about international textile companies, I am proud to refer to Esquel as a leading example of a responsible manufacturer with a long-term vision, constantly striving to improve the workforce’s skills and income, protecting the environment and supporting the communities around it.

The International Textile Manufacturers Federation (ITMF) is an international forum for the world's textile industries founded in 1904 and headquartered in Zurich, Switzerland. ITMF is dedicated to keeping the worldwide membership constantly informed through surveys, studies and publications, participating in the evolution of the industry's value chain and through the organisation of annual conferences as well as publishing considered opinions on future trends and international developments. Through ITMF, the textile industries cooperate at the international level with organisations representing other sectors allied to their industry.

The mission of ITMF is to: