GM seeds are bred for high-input agriculture—expensive synthetic fertilisers, pesticides and irrigation. GM seeds have a 95% monopoly on the seed market, making it almost impossible for small-scale farmers who want to cultivate Fairtrade or organic cotton to source non-GM seeds. A seed breeding project wants to make life easier for such farmers. Subir Ghosh reports.

A perennial grouse that the fashion and textiles industry had against non-GM hybrids was the latter would often come short on the exact cotton fibre parameters that the industry needs. An ambitious three-year programme wants to change all that with new non-GM hybrids that would fit the bill.

It’s not a seasonal fad; the programme is here for the long haul: the resulting seeds will be commercially produced and made available to farmers, allowing them to have more choice over how they farm. The project goes beyond simply planting an idea. It will be implemented in the central Indian state of Madhya Pradesh (MP), where 23 per cent of the world’s organic cotton is produced. At present, the project is being carried out around Karhi village in Khargone district. In the second phase, it will be expanded to other organic cotton areas both within and outside MP.

The breeding programme is being led by a professional seed breeder and has already produced encouraging results in the pilot phase, when around 1,500 cotton farmers were given access to 9,200 organic seed packets produced by their own co-operative. The second phase of the project will see the development of new parent lines. The announcement was made on Earth Day, April 22.

So, the project is both about requirements of the industry, as well as the issue of seeds. To develop new parent lines needed for making new hybrids and varieties, the project will conduct research, single-plant selection, crossing, back-crossing and testing of different breeders and foundation seed for commercial production. The aim will be to generate superior hybrids with the capability of producing high-quality cotton, having better industry-required fibre parameters. The selection of seed will be based on combination of elements like ability, yield and technical fibre parameters. 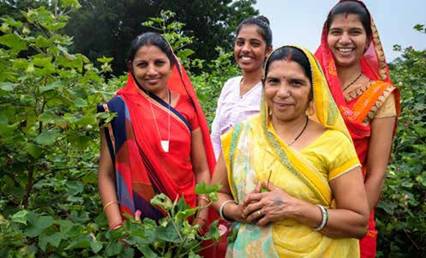 Nearly two-thirds of all cotton grown worldwide is now GM (genetically modified), which means that it is difficult for farmers to have access to non-GM seed varieties.

Three organisations are involved with the programme—Fairtrade Foundation is working in partnership with Pratibha Syntex, an Indian sustainability oriented, vertically-integrated manufacturer of knitted textiles to pioneer the seeds, and the project is funded by TRAID, UK. For them all, the programme is an extension of the work that they have been doing over the years.

Subindu Garkhel, cotton and textiles lead at Fairtrade, outlines: “Fairtrade believes in a participatory approach and engages in projects with its producer groups based on the need identified by them. Lack of access to non-GM seed (which is a requirement for Fairtrade certification) had been highlighted by cotton producer groups for a long time. We tried to get feedback from various groups, but in the end, we partnered with Pratibha as they were prompt and had experience.”

Pratibha Syntex has been working with organic farmers from the very beginning—1997. Says Avinash Karmarkar, head of Pratibha’s farming initiative called Vasudha, as he explains the context: “The introduction of GM seeds and later the adoption of GM cotton by a majority of the farmers in India posed a serious problem for the availability of contamination-free non-GM seeds for Fairtrade and organic farmers. Since only small farmers were practicing organic farming and using non-GM seeds, it ever was a serious business case for seed-producing companies.

“Not much research and investment went into the production of better performing non-GM cotton seeds and farmers were forced to use the same seed material that was available for more than 10 years and that too with very limited choices—as against more than 100 varieties of GM cotton seeds available in the market. Thus, it became imperative for farm groups to have their own seeds.”

Continues Karmarkar, “With this market-driven strategy, the ownership of seeds had gone into the hands of commercial companies. Farmers lost seed sovereignty and became dependent on companies for buying seeds every year at the price that the market decided for them. Besides, the seed production is done in one set of states and the seed is sown in different states. This does not allow the seed to acclimatise to the local climate, resulting in higher pest attacks.”

It was, therefore, natural that Pratibha would respond to Fairtrade’s call.

The financial backing comes from TRAID, which has been working in the UK to tackle the socio-environmental impacts of producing, consuming and wasting clothes. Since 2009, “we have committed over two million pounds to projects establishing more sustainable cotton production. With Fairtrade Foundation, we have committed nearly a quarter of a million pounds of funding to find a long-term solution to the lack of access to organic cotton seed which so many farmers in India face,” says chief executive officer, Maria Chenowith. 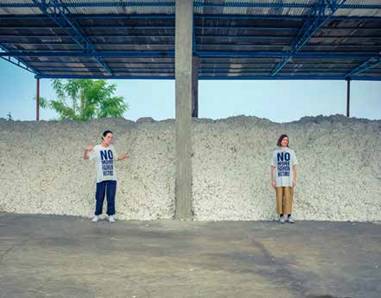 TRAID funds global projects that establish more sustainable, safer and fairer production in clothing supply chains. It supports programmes that help cotton farmers to reduce and stop using hazardous pesticides and grow organically. “We believe it is essential to increase the volume of organic cotton available. For those farmers who transition to growing organically, the benefits are manifold—from better health outcomes for themselves, their families and communities, to the ecosystem by reducing contamination of water and increasing biodiversity. Growing cotton organically also uses at least 90 per cent less water than conventional cotton and creates healthy soils,” adds Chenowith.

The project has two broad areas of activities: research on new seed varieties, and seed production. The first was done by Pratibha’s research farm under the guidance of qualified and experienced seed breeders. This is meant to help in the long-term, continuous improvements in seed quality.

The second will be mostly done on farmers’ fields. The farmers are trained for seed production and financially supported upfront so that they can learn and produce their own seeds. This reduces the cost of the seeds for other farmers and provide a better earning opportunity for farmers involved in production. Locally-grown seeds are better acclimatised to local climates and naturally develop the strength to put up resistance against adversities (including pests).

According to Karmarkar, the seed grown locally has the potential to give yields in parity with other GM seeds available in the market. Besides being locally grown, it has a low input requirement for bio-pesticides and biofertilisers. The seed yields an average production quantity of 650–800 kg per acre, and a revenue of ₹36,000–44,000 per acre. Farmers who produce seeds earn 50 per cent more.

The cotton crop has duration of 150–200 days in this area, and it is grown once a year—from May to December. The area chosen is climatically very suitable for cotton cultivation.

Garkhel hopes that the producer group will become self-sustaining after three years “so that the income that comes from the sale of seeds can go back into the next stage and inputs required for seed hybridisation.” Adds Karmarkar, “Three years after completion of the project, farmers will have their own non-GM hybrids. They will be well-trained to produce seeds for all organic and Fairtrade farmers in the areas. We aim to scale up and go in different geographies. The seed thus produced shall be sold to farmers through farmer cooperatives, thereby earning enough revenue for the project to carry sustainably. Besides, the farming group at Pratibha will acquire the capacity and infrastructure to carry on the research to develop new and better varieties of seeds.

For the seed component of the project, things are already in place. Pratibha has been working with some 17,000 organic farmers and spread over 40,000 acres of cotton production area. At present, the majority of seeds is procured from companies. Thus, it already has access to a big market for its own supply chain. “Besides, there are many other Fairtrade and organic farm groups who are willing to buy seeds from the project. The production and marketing plan is in place to satisfy the huge demand of non-GM cotton seeds,” says Karmarkar.

The numbers for organic cotton are still infinitesimal. According to the Textile Exchange’s 2019 Organic Cotton Market Report, organic cotton constitutes only 0.7 per cent of total global cotton production. The International Cotton Advisory Committee (ICAC) too quotes a similar number. On the Fairtrade assertion about two-third of cotton grown worldwide being GM, Garkhel clarifies: “Both numbers are correct. We are referring to seeds that are used in cotton production, and the TE and ICAC reports are talking about certified organic cotton. The essence is still the same—that a big chunk of the seed market has been overtaken by GM.”

For Chenowith, “Despite the evidence of the massive benefits of growing cotton organically for farmers, their communities and the wider living planet, currently only a tiny percentage of the cotton produced is organic. It’s essential that more brands commit to supporting more global sustainable cotton production which means not only commitments to use more organic cotton in supply chains, but also to support proven work by partners like Fairtrade Foundation and Pesticide Action Network UK which transitions farmers from growing conventionally, to organically.” 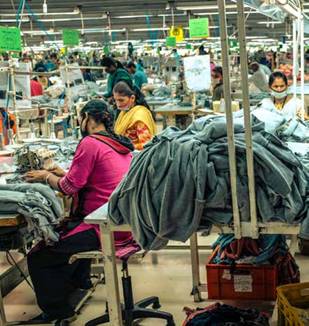 Comments Karmarkar, “Huge investments go into GM cotton seed production by multinational corporations, and the government is providing huge subsidies on synthetic fertilisers, agriculture universities are producing graduates trained only for chemical farming, and majority of the research is done in the field of chemical farming. What else can be expected? To scale up organic, there needs to be support at the policy level itself. Only then, can we see organic agriculture growing.”

Adds Chenowith: “One of the best environmental actions that brands can take is to use sustainable cotton in its supply chains. For 10 years, TRAID has helped to increase the market for organic cotton. As a small UK charity, we have supported at least 20,000 cotton farmers to grow organic improving health, incomes and ecosystems, enabled the first ever farmers in Ethiopia to secure organic certification for cotton, fund 83.5 per cent of all organic cotton grown in Benin, and now, helping to breed non- GM cotton seed in India. Imagine for a minute the massive positive socioenvironmental impacts brands and retailers could have, if they committed some of their massive profits in a similar way. Let’s see the fashion industry get behind organic cotton and be part of the solution to increasing global sustainable cotton production for the health of our living planet and its citizens.”

It’s that, and more. As Karmarkar concludes, this programme is about financially and environmentally sustainable seed production that gives seed sovereignty to farmers.

This article was first published in the May 2020  edition of the print magazine.

By: Subir Ghosh
Published : May 2020
Tags :
Reuse this Content