The the US-Mexico-Canada Agreement (USMCA) was implemented on July 1, 2020. The US took the necessary final procedural steps for the same. As per the National Council of Textile Organisations (NCTO) and Robert Lighthizer, this trade deal would greatly benefit the US, Mexico and Canada textile industry as the domestic manufacturers were facing trouble due to the impact of the COVID-19 pandemic. The domestic producers of all the members have started the production lines to manufacture Personal Protective Equipment (PPE) for frontline workers.

USMCA is expected to improve the former North American Free Trade Agreement (NAFTA) and increase the textile industry's trilateral trade of $20 billion. It is also expected to revamp the investments and capacity of the industry in the member countries including Canada. Canada is one of the largest export markets for the US textile and apparel industry. Canada and Mexico combinedly contributed for $11.3 billion US textile and apparel imports in 2019.

Cash Aid to Workers under CERB in Canada

The effects of COVID-19 remained very much disruptive across the world and catastrophic to workers. Many governments have paid cash to workers so they could survive.

Canadian PM, Justin Trudeau, had announced new financial measures to help Canadians affected by the COVID-19 pandemic. The Canada Emergency Response Benefit (CERB) has allotted CAN $2,000 a month for up to four months for workers who lose their income due to the COVID-19 pandemic. People, who've lost their jobs, are quarantined, caring for someone with COVID-19, and for parents who have to stay home to take care of their kids, would be eligible for the financial aid under CERB. The new system replaced the Emergency Care Benefit and the Emergency Support Benefit to streamline the benefit process and support the businesses and people.

Many textiles and apparel brand stores in Canada have been already closed due to the impact of the pandemic on the supply-chain of the industry. The well-known brand, Victoria's Secret have permanently closed 250 stores in the US and Canada this year.

The parent company L Brands' total sales moved down by 37 per cent to $1.65 billion in the quarter ending on May 2, 2020. Almost all stores of the company have been shut since March 17 with the spread of COVID-19. The total sales of Victoria's Secret also plunged by 46 per cent to $821.5 million.

G20's 59 Import-Restrictive Measures in 7 Months and Its Impacts

According to World Trade Organization (WTO), the G20 countries including Canada have inflicted as many as 59 trade-restrictive measures such as import bans and stricter customs procedures during mid-October 2019 and mid-May 2020. The G20 economies implemented 154 new trade and trade-related measures.  Out of all measures, 95 were of import-facilitating and 59 were of import-restrictive. Of these measures, 93 (about 60 per cent) were linked to the COVID-19 pandemic. The WTO also reported that tariff increases, import bans, stricter customs procedures, export duties and other such measures would affect 2.80 per cent of G20 trade. It was also said that new import-facilitating measures, such as tariff reductions, the elimination of import taxes and the reduction of export duties, covered an estimated $735.9 billion worth of trade, excluding policies relating to the pandemic.

Canadian imports from Bangladesh grew by 14.53 per cent year-on-year to CAN $1.97 billion in 2019, riding on the trade privilege extended by the North American nation, from CAN $1.72 billion in 2018, where more than 90 per cent were apparel items. But the Canadian imports from Bangladesh declined by 46.63 per cent in April this year as confirmed by the official custom statistics of Canada. 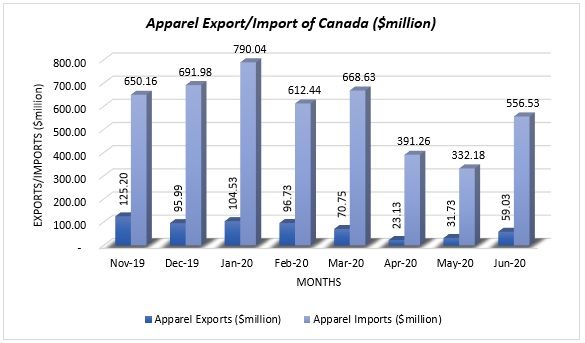 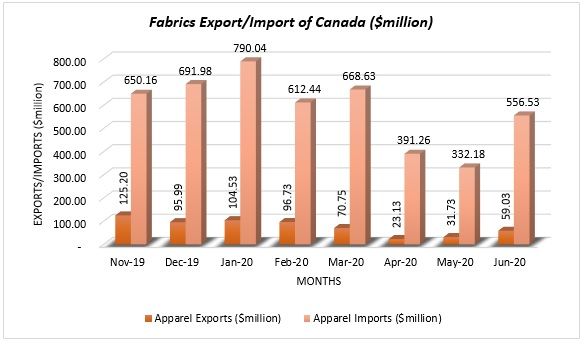 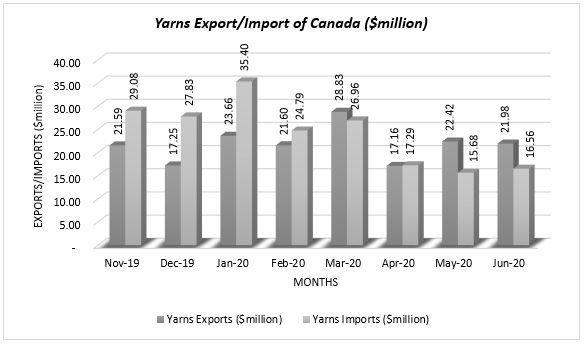 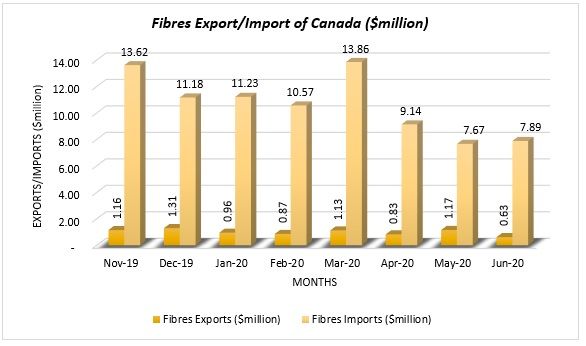 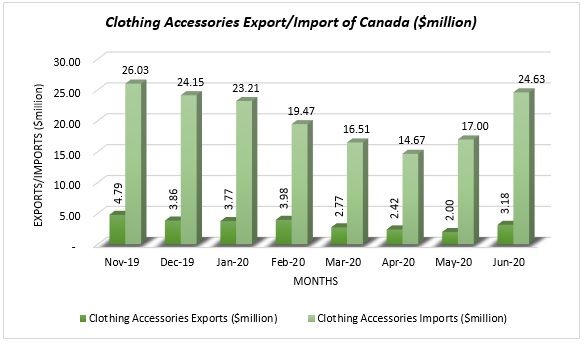