Your Weekly Wash Is Releasing Thousands Of Microplastics Into The Sea

We already feel guilty for the amount of plastic surrounding us each and every day. I’m sure the title of this article didn’t help with that anxiety. Unfortunately, it’s true, and feeling guilty is the first step in looking for change. So much focus has been placed on the poster plastics such as bottles floating in the sea; we seem to be blind to the impact of clothing, which makes up a significant 35 per cent of marine pollution.

Production and consumption have been largely centred around convenience and low cost for many years now. To drive down cost, synthetic fibres have been used to supplement natural fibres and create attributes in clothing that favoured the consumer experience. Greater elasticity being one example. The love affair with plastics came with so many benefits that we forgot to consider the long-term implications.

Washing our clothes is merely part of our daily routine, but we must consider how the process reacts with the synthetics sewn into our clothing. These fibres are small, sometimes invisible, so it’s not surprising that we’ve turned a blind eye; but it’s becoming increasingly obvious that marine ecosystems are being harmed through the accumulation of these tiny microplastics.

According to an article written by Rachel Cernansky of The Washington Post, a washed synthetic fleece jacket can produce approximately 2.7 grams of free-floating plastic fibres, similar to that of a ping pong ball. I’m sure I don’t need to expand on the number of items of clothing washed per day around the world. I’ll leave that to your imagination. However, I’m not sure you’d even come close.

What are ‘Microplastics’ or ‘Microfibers’?

Well, when plastics, or in the case of clothing, synthetic fibres, endure a long period of being broken down, they become smaller and smaller. This repeated breakdown continues until they’re often invisible to the naked eye. Synthetics are not derived from natural materials such as cotton or silk so cannot become part of the natural cycles and often come with varying levels of toxicity.

How do these fibres end up in our water systems?

When you turn on your washing machine, the clothes are entered into a cycle and the force of the water causes the shedding of small fibres. They’re incredibly small in size, but cumulatively lead to a colossal problem for the environment.

There are many variables that contribute to the number of microfibres released into our water systems. These may include the type of fabrics, the weave structure, the temperature, the weight of clothing loaded into the machine and the detergent used. The difficulty surrounding these tiny little fibres is firstly how little attention we pay them but also, with each fibre being thinner than a human hair, they can avoid being filtered and make their way into our oceans. During this journey, these fibres will absorb toxins and become ingested by marine wildlife. A significant proportion of that wildlife then ends up on our supermarket shelves and ultimately, those microplastics are ingested by us.

Marine scientist Abigail Barrows, has sampled over 2000 fish and found about 90 per cent of the debris in the fish guts to be plastic microfibres. This includes samples from both freshwater and the ocean. 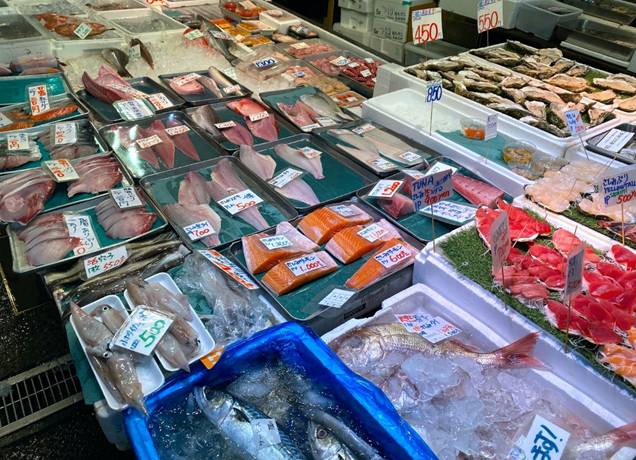 How can we reduce our exposure to these invisible fibres?

Unfortunately, research into the science of microplastic pollution remains in its early stages, so to innovate away from the harm that they do, will take patience. It’s also a pretty colossal issue with microplastics being found in some of the most remote areas of the planet. From the North Pole in Antarctica to the Mariana Trench. The key to mitigating daily shed of fibres from washing etc, is to be able to effectively regenerate the textiles and fabrics we use in clothing production. Coatings have also been coined as a means of reducing the shedding of tiny fibres. However, some believe alternative approaches are required and the washing machines must be redesigned to tackle the issue and be more effective at collecting them.

A strong case can be made for changing our behaviour and expectations as consumers; opting for more natural materials such as cotton and reducing our household contribution to pollution. However, whilst organic and biodegradable, the growing process of cotton is a lot more water intensive than the manufacture of synthetic fabrics. It also requires large areas of land, often required for food production.

“Guppyfriend”, a product developed by a non-profit organisation called Stop! Micro Waste, allows consumers to place their fleece jackets and other synthetics inside the bag during washing to prevent fibres shedding and flowing into the water system. This would allow for proper disposal of these fibres but isn’t really finding a solution at the core of the problem.

It appears that regardless of the material you’re producing clothing with, there will always be an impact. Synthetics will lead to a level of microplastic pollution, cotton will be water intensive and wool brings issues with animal husbandry and welfare. The question is, can we collectively come to a conclusion on the most sustainable option and rebuild the fashion industry around it?

“Once microplastics get into the environment, you can’t sieve the entire ocean. The focus has to be on doing as much as you can to prevent the waste in the first place,” said Emily Woglom (executive vice president of the Ocean Conservancy, a non-profit environmental group based in Washington).