The blouse worn with a sari in modern India has apparently had its origins in the traditional choli, evolving with Mughal and Western influence. British modesty regulations during the colonial era, the Christian missionaries, social reformers and the freedom movement also left their impact on the sari blouse's progress and popularity.

India is home to a diverse variety of stitched and unstitchedapparel due to its ethnic and regional variations. Sari, an unstitched draped garment, is a distinct attire of women in the Indian sub-continent. The sari is worn with an underskirt, called the petticoat, and a short fitted blouse known by various names across India. The most popular term for the blouse is choli, the other vernacular words being ravikalu in Andhra Pradesh, ravikkai in Tamil Nadu and kuppas or kupsa from kurpasaka in Karnataka.

The sari blouse is different from a Western blouse in terms of its fit and styling. Historians claim that the sari blouse is an offshoot of the choli, a traditional woman's upper garment usually teamed with a long flared skirt called the ghaagra or paired with a sari. A typical traditional choli is a body fitting garment supporting the bust, and tied at the back with strings, whereas a sari blouse that appeared at a much later date has a front fastening with hooks and eyes and covered back; a well-constructed garment with darts that supports the bust line and accentuates the female body form. The blouse worn with sari reveals the midriff owing to its short length. It is believed that the baring of the midriff is in accordance to the ancient beliefs, and Natya Shastra, an age-old literature on dance and costumes, that describes the navel of the Supreme as a means to the foundation of life and innovation.

The regional variations of the traditional blouse worn with the sari are mentioned by various costume historians. Sociologist Govind Sadashiv Ghurye described the Maharashtrian women's sari blouse, coli, cited in Prakrit and Sanskrit literature as a very brief upper garment with elbow-length sleeves, covered back and held in front with a fabric knot just below the breasts. The coli was made of fabric with decorative borders, which were used at the sleeve hem as well as the back hemline while stitching the bodice. In Gujarat and Rajasthan, the bodice is called angiya or kacali that covers the breasts, exposes the back and is held in position with the help of two pairs of cords tied at the back.

The origin of the choli is a matter of conjecture, as different viewpoints are put forward by historians regarding the introduction of stitched clothing and the usage of an upper garment by women. The earliest example of an upper garment is observed during the Vedic period, wherein women wore breast bands, a strip of fabric that enveloped the breasts and was knotted at the back, known by different names like pratidhi, stanamshuka, stanottariya, uttarasanga, to name a few. According to art historian, BN Goswamy, a stitched fitted upper garment appeared later, owing its introduction to the entry of foreign races like Kushanas and Sakas in the 2nd century BCE. Many published works on Indian costumes indicate the importance of the Kushana period in the history of costume, as it marked the acceptance of cut and sewn garments by Indians in North India. However, author S Sahay in his book Indian Costume, Coiffure and Ornamant has recorded that women in the Kushana period wore tunics, not bodices, as portrayed on the coins of that era. Some art historians attribute the arrival of the choli to the Gupta period, inferring from the Ajanta paintings that serve as a vital visual reference for women's costume. An art historian, Dulari Qureshi, has described woman in a tight fit sleeveless blue coloured choli and a complementing waist cloth, depicted at cave No. 1 of Ajanta, 'Sumana, the Mother and Child'. 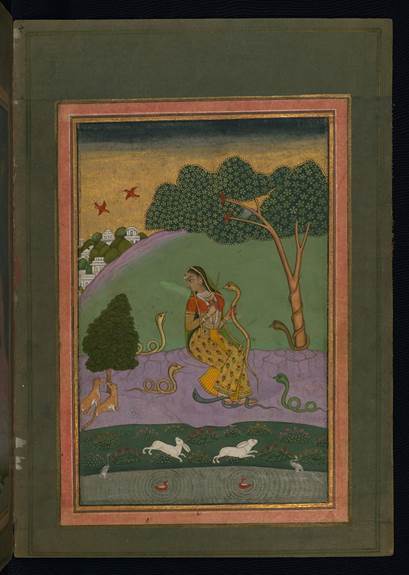 According to some scholars, the stitched blouse came into existence with the arrival of Muslims in India. During the medieval period, the short bodice became a part of the women's costume in northern India. The Mughal paintings of the 16th century provide ample evidence with regards to the women's backless choli, fastened at the back with tie-cords. The miniature paintings from the Deccan from the same period also depict women in V-neck blouses with elbow length sleeves, and in contrasting colours to the sari. Sociologist and writer, Vinay Bahl has quoted historian Abdul Halim Sharar's description of women's upper garment as ungia worn in northern India and choli worn in southern India. The ungia is described as two cup-like pieces encapsulating the breasts that are stitched together with a hemline of about 2-3 inches and tied at the back, whereas the choli is defined as a broad fabric strip, wrapped from the back and knotted at the centre front, just beneath the breasts. It is documented that in Orissa, Bengal and extreme South, women wore a sari devoid of the blouse until the 20th century, as evident from literary and visual sources. 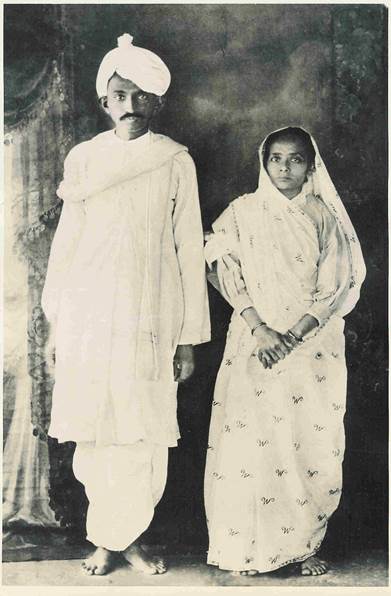 It is estimated that with the advent of the British, Indian women added a blouse and a petticoat to sari. The new rules of modesty were laid down, probably in an attempt to match up with the dressing styles of the British women, and conform to the ways of the colonial power. The changes in the women's costume are ascribed to the strong colonial existence and influence of the missionaries and social reformers.  The modification in the attire is noticed in terms of the sari drape, addition of a petticoat underneath the sari and a blouse with lace edgings, gathered trims like frills and ruffles, collars and puffed sleeves, inspired from the English blouse. The adoption of the blouse with the sari and its styling clearly indicates the impact of the British on the Indian women's attire. Perhaps the Indians adopted the term 'blouse', a French word from the early 19th century, for their upper garment. It is considered that the Parsi community was the earliest to adapt to the full sleeved collared blouse and petticoat under the European influence. There is evidence that in the late 19th and early 20th century, educated Indian women were influenced by Western silhouettes and corsets. Quarter-sleeved velvet blouses embellished with delicate lace on sleeves and flounces around the neckline were worn with saris.Blouses with zardozi embroidery around the neckline and on the sleeves, to imitate traditional jewellery like multi-layered raanihaar (necklace) or baajuband (armlet), were also in demand. The educated elite women of Bombay and Calcutta easily adopted the Western-inspired blouse. Jnanadanandini Debi, wife of Satyendranath Tagore, the first Indian to join the Indian Civil Service and brother of Rabindranath Tagore, was inspired from Parsi ladies of Bombay and introduced a new style of draping the sari, the Nivi style, the harbinger of the modern-day sari drape teamed with a blouse and petticoat. 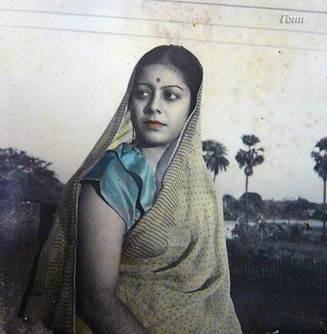 By the 20th century, the sari along with the blouse and petticoat became the universal dress for Indian women. According to renowned designer, Ritu Kumar, the increasing social and political participation of women led to the introduction of a multitude of blouse and jacket styles. In the early 20th century, the trend for sleeveless blouses teamed with chiffon saris was set off by royalty and distinguished women of the stated period. Changes in the sari blouse were visible during the Indian freedom movement, wherein simple, loose styled sari blouses worn by women freedom fighters were made of khadi that gained precedence over imported fabrics. The sari blouse underwent changes in the 1940s with the gaining popularity of Indian cinema among the masses. The blouse length reduced, exposing the midriff further, and the sleeve length was trimmed down to short puff sleeves, as donned by famous stars and noted personalities of that era.

The changing fashion trendsafter independence witnessed a variety of style variations in the sari blouse by way of fabrics-woven, printed or embroidered, different necklines, varying sleeve and blouse length and the method of fastening. A myriad of styles, from modest necklines to halter necks and noodle straps, full length sleeves to sleeveless, in diverse fabrics like lace, georgette, knits, brocade and even leather, are available for the young, modern women.