Last year, the EU partially withdrew Cambodia from the EBA (Everything But Arms Act), due to which Cambodia's garment and footwear industry started facing import duties in the EU. As a spiralling effect, Cambodia started diverting its garment exports to the US and other countries and imports to EU declined significantly. A report. 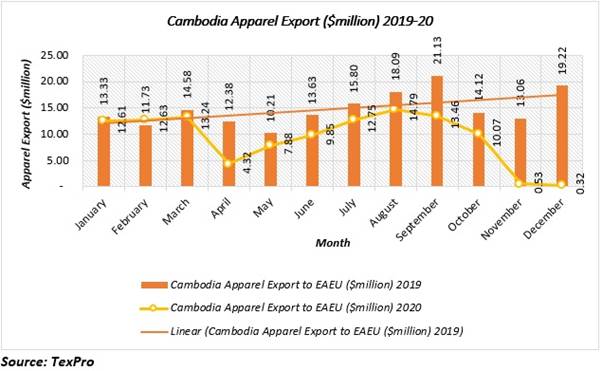 Most of the apparel manufacturers of Cambodia still follow the cut-make-trim technique due to underdeveloped manufacturing technologies and lower capital availability. The US and the EU are the major apparel export destinations of the country.

Cambodia approximately exports more than 3/4th of total apparel export to the EU and the US. EU's EBA act (Everything But Arms Act) provides a free access to Cambodian products in the EU region. Under this act, the EU provides a status of LDC (Least Developed Country) to Cambodia. Approximately more than 90 per cent of Cambodia's apparel exports enter duty free into the EU.

In April 2020, the country was under the major impact of the COVID-19 pandemic. Approximately, 130 apparel factories had shut down by the end of April 2020. The crisis remained till the end of June 2020. Approximately, 0.15 million garment workers lost their jobs in the country by July 2020 which was approximately 25 per cent of the total workers. And about 600 companies suspended their work.

According to ILO's (International Labour Organisation) report in 2019, approximately 80 per cent of garment workforce in Cambodia are women, and mostly under the age of 35, hence the garment industry got considerably affected. As women have additional responsibilities such as childcare, particularly with COVID-19 pandemic, the factory closures had caused economic insecurity and income stresses. Therefore, brands such as H&M, PVH, Target and M&S, had committed to maintain their existing orders.

Cambodian apparel exports grew again in June 2020 with higher exports to the US. The garments buyers in the US took up the excess capacity left after the EU customers began to cut ties with Cambodia. Asian Development Bank's country director for Cambodia said that the country would rebound to the growth of 5.90 per cent in 2021 with strong government initiatives and policies, social assistance for the poor, and monetary aid to small and medium-sized enterprises. According to the World Bank data, the US's share in Cambodia's exports was 26.80 per cent in 2019, slightly ahead of the EU's 25 per cent. This gap may extend further in 2021. Out of these exports, garments and footwear contributed the major share. 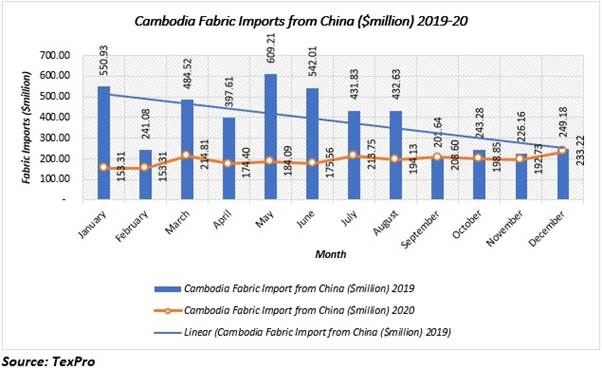 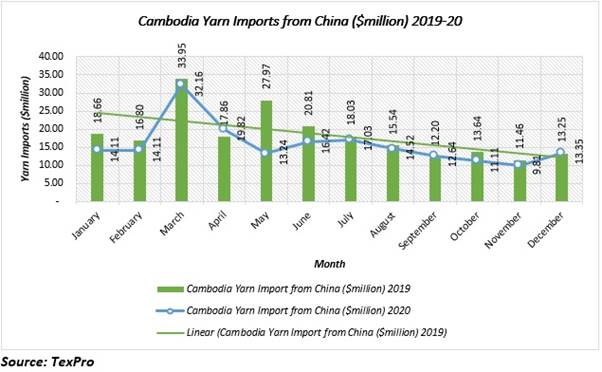 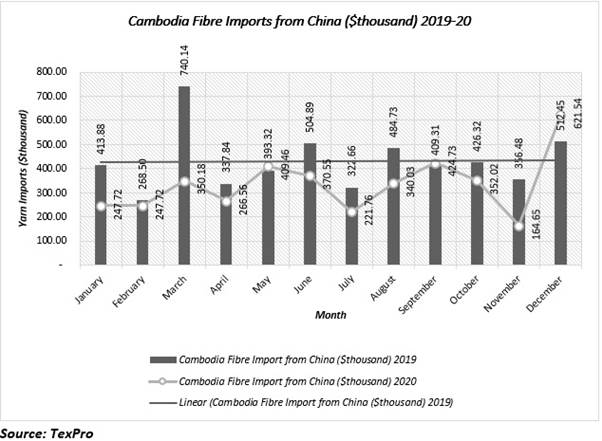 By:
Fibre2Fashion
Published: Feb 2021
Reuse this Content
Our Clientele