Hemp Vs Linen: Similarities And Differences

Hemp and linen are two natural fibres that have been around for a long time. Whilst they have many similarities in terms of properties, they also have some important differences too. This article will cover the two fibres to help you decide which is the right one for your brand.

Introduction to hemp and linen

Hemp fibres come from the stalk of the Cannabis sativa plant, sometimes referred to as industrial hemp. There are two layers to the hemp stalk. The outer layer has rope-like bast fibres and the one on the inside has a woody, pith-like fibre. It’s the outer layer that goes into making the fabric for textile purposes.

Hemp has been used by man for centuries, cultivated for its durable inner fibres which are ideal for making cloth, rope, fishing nets, and even paper.

Linen fabric is made from the cellulose fibres that grow inside of the stalks of the flax plant, which is best known for its nutritious edible seeds. Like hemp, flax has been grown and used for millennia, and it has many similar uses.

Similarities between hemp and linen

•Both linen and hemp begin as tough fabrics which soften through handling and washing.

•Both are strong long-lasting fibres, (however, most sources say that hemp is up to 8 times stronger).

•Both materials are natural and breathable

•Both fabrics have antibacterial properties

•Both have hollow fibres, making them effective insulators - cool in summer and warm in winter.

•Both fabrics improve wash after wash.

•Both fabrics are biodegradable

•Both resistant to moths, mildew, and mould.

•The main negative is that they both crease very easily.

•Both can be blended with other fibres to add new beneficial properties. 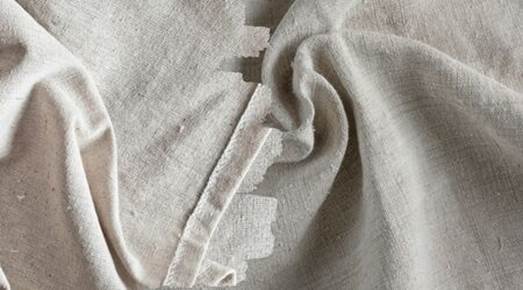 Differences between hemp and linen

•Hemp fibre bundles are longer than that of flax, explaining why hemp is the stronger of the two.

•The fibres of the two plants are also different colours with hemp as a yellowish-gray to dark brown and linen described as yellowish-buff to gray.

•Hemp is highly resistant to ultraviolet light, so it won’t fade or disintegrate in sunlight.

•The elastic recovery of linen is better than hemp; in fact, hemp stretches less than any other natural fibre.

•Hemp requires very little maintenance compared to linen. Linen garments after their initial manufacture take several washes before they change from a coarse feel to a gradually softer feel. Hemp gets soft after the initial wash itself and gets softer with every subsequent wash.

•Hemp’s biggest advantage over hemp lies in how it is grown. Hemp grows incredibly easily and is naturally resistant to many pests, meaning that it can be grown successfully without the use of herbicides and pesticides. Flax doesn’t do well when competing with weeds, so in some cases, herbicides are used.

•Another advantage of growing hemp over flax is that it is a great rotation crop since it has long tap roots which are great for the soil. This means that it can be grown on the same land year after year. Flax, on the other hand, can only be raised in the same area for around five years before the soil becomes depleted.

•One downside of growing hemp is that it is a very hungry plant and needs a lot of nutrients (nitrogen, phosphorus, potassium) and water to provide a successful yield. This means when it comes to feeding requirements, flax has a definite edge as it requires little water and nutrients.

•In terms of biodiversity support, hemp definitely comes out on top. Fibre hemp is rated as the fifth-best crop for biodiversity (behind alfalfa, timber trees, oilseed hemp, and ginseng), whereas flax comes in ninth (after apples, peanuts, and grapes).

Both hemp and flax plants have multiple applications depending on the part of the plant utilized. Both hemp and flax seeds are considered super healthy and contain vitamins, minerals, fibre, and beneficial omega-3 fatty acids. Hemp seeds are also used to make milk and plant protein.

On top of this, the leaves and flowers of the Cannabis sativa plant contain cannabinoids such as CBD. CBD oil is used to relieve a whole host of health conditions ranging from epilepsy to insomnia. CBD oil has become more popular in recent years since it has been realized that it doesn’t contain THC or Tetrahydrocannabinol, THC is the primary psychoactive compound found in certain varieties of the Cannabis sativa plant conferring behaviour-altering properties.

Hemp fibres are used in textiles, paper, biofuel, plastic, animal feed, as a building material, and an ingredient in skincare. In textiles, hemp has a variety of applications such as apparel, rugs, shoes, upholstery, and hats. Linen is traditionally used in home textiles such as tea-towels, wall coverings, lampshades, bedding, and tablecloths. It is also very popular in summer fashion - linen skirts, shirts, tops, and dresses keep you cool and airy in the summer months. 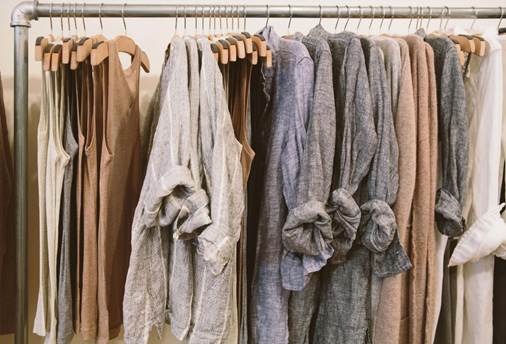 We have compared the similarities and differences of these two natural fibres. Whilst both have many of the same properties, hemp has the environmental edge, mainly due to the fact that it requires no pesticides to grow and is actually good for the soil. But both fibres are incredibly versatile with diversified applications of the entire plant.

By:
Synzenbe
Published: May 2021
Tags :
Reuse this Content
Our Clientele