A Review Of The Decades Already Emerging Trends

As we review the past year, certain moments stand out. LYST’s Year In Fashion Report revealed some of the top searches and trends inspired by the major moments of  2020. Vintage and secondhand seem to be on the rise and are likely to become the major trends that define the decade. However, it is exceedingly important that these moments go beyond trends. That they instead implement themselves as major movements that will continue to reshape how we wear and produce our garments. 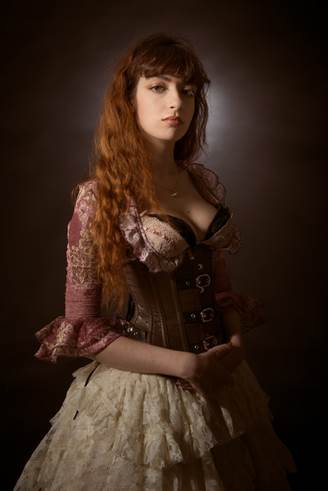 Upon reflection, it is apparent that a decade comes to be defined by the trends that shape it. But such trends work in symbiosis with the political and cultural movements of the times as well. In fact, it is difficult not to see the relation between fashion and politics throughout all of history. As progress persisted through the twentieth century, for example, and women gained more freedoms and liberation from systemic rule over their bodies, fashion echoed the radical sentiments of the time. Garments transitioned from restricting corsets, which seemingly silenced women by making it hard to breathe, to looser dresses with shorter hemlines and dazzling beads.

In the most recent decade, we just waved goodbye to, the 2010s, sustainability emerged as the distinguished trend. As the global climate crisis continued to rage, no longer circumventable, it appeared as though every brand was enthusiastic to hop onto the sustainability bandwagon. Whether it was authentic, or whether they were simply doing so to save face, is difficult to ascertain for certain. But greenwashing, a marketing and PR tactic that falsely amps up the environmental efforts brands accomplish in order to persuade a particular audience, was certainly undeniable.

As sustainability continued to gain momentum, it became more and more difficult to keep up with the overabundance of information that followed close behind. New information would sometimes contradict older advice, putting brands with good intentions in difficult predicaments and discouraging those who may have expressed curiosity. The current status-quo of global supply chains didn't make being squeakily, sustainably clean any easier either.

But as we transition into a new decade, with 2020 having already set the standard of expectations at an all-time high, sustainability seems to be evolving from just a trend into a mindful intention and particular lifestyle choice.

Maybe such growth was to be expected, though. Trends, by definition, come and go. But sustainability was never meant to be just a trend. Rather, its aim from the beginning was to inform, and reel in overproduction resulting from fast fashion. Its intent, ironically, was the antithesis of a trend.

According to statistics sourced from the Ellen MacArthur Foundation, whose mission is to accelerate the transition to a circular economy, less than one per cent of recyclable material is recycled into clothing. Even more worrisome than this - approximately $100 billion in recyclable materials are lost to the landfill each year, further advancing the linearity of the textile industry.

But as unquenchable fires raged through California, South America, and Australia in the second half of the decade, reality quickly began to settle in and it became evident that much more would need to be done. Greenwashing and simply sticking a recycled green label on a tag would no longer be satisfactory. Each of us - brands, innovators, and individual consumers - would have to take actionable steps in order to stop the ever-growing effects of a crumbling ecosystem.

Things seem hopeful as we begin our passage through this new decade. Sustainability has seemingly anchored itself systemically in multitudes of ways, aiming to continue to reshape the way we consume energy, the food we eat, our agricultural practices, as well as the way we produce and manufacture our clothing.

And as sustainability continues to establish itself as the norm, our definition of this decade’s trends will continue to evolve and be influenced by the present social and political climates. Already, via Lyst’s annual Year In Fashion Report, we have a means of understanding some of the most significant moments that have begun to subtly manipulate our shopping choices.

On January 19th, Jennifer Aniston wore a vintage Christian Dior by John Galliano gown to the 2020 SAG Awards. The decision, whether conscious or not, led to a 40 per cent increase in searches for vintage dresses in the 48 hours after it first appeared on the screen. The outcome would further serve to strengthen the multiple circulating claims that vintage was on the rise. In July, Princess Beatrice further supported the vintage and secondhand hype by wearing a vintage wedding gown by Norman Hartnell, on loan from the queen.

By September, the mood of the decade seemed to be defined, as vintage fashion garnered an average of 35K searches per month, and searches for terms related to secondhand increased by 104 per cent. 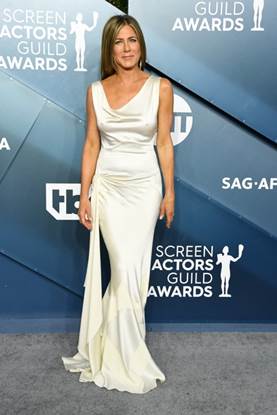 Politics and the collective social mood of the year also helped to facilitate the emerging tone. In November, when Kamala Harris delivered her acceptance speech in a white pantsuit, searches for the item spiked 129 per cent. Earlier in the year, with social activism engagement permeating our consciousness, shopping Black-owned businesses, and t-shirts with political fashion statements, became prominent choices that defined the year.

Socially, as a counter-reaction to a year of being forced into sweatpants and leggings, the coming years are predicted to reflect something of the opposite. Similar to the Roaring 20s which broke down the era’s norms, the latter aughts of this decade may be full of embellishments, short hems, bright colors, and bold prints.

But we are only still at the start. Like sustainability did in its early stages, vintage and secondhand still run the risk of being mere trends, ones that will surely become greenwashed via PR tactics meant to increase sales. But, as with sustainability, there is still the chance of unforeseen circumstances, whether they'll be political, social, or environmental, interfering and redirecting our habits for decades to come.

By:
Synzenbe
Published: May 2021
Tags :
Reuse this Content
Our Clientele