The Importance And Recent Development Of Traceability

First introduced as a concept in 2013, in demand of transparency and a focus on social accountability, traceability has since expeditiously evolved. Since 2018, Fibretrace has offered brands a technology that has the ability to code (and tag) a fabric through each stage of production - allowing for a fully transparent supply chain.

The concept of sustainability has long since ceased to evoke its original intent. Rather, the word has become a catch-all; a generalised term akin to protect our planet or go green. On the surface, we know what it means, but the majority fail to understand its intricacies or the severe significance it holds at its core.

Soon after sustainability evolved from a novel idea discussed amongst a dedicated few to a trending movement with a hashtag, greenwashing emerged. Brands adopted one semi eco-conscious modification and all of a sudden thought they earned the right to market themselves as “sustainable”. Consumers bought into the hype, rarely questioning a brand’s authenticity. And so, deeper into the abyss we all fell.

But once again things have begun to change. After the pandemic exposed the jarring realities plaguing the textile industry, coupled with environmental issues which became increasingly difficult to ignore (re: fires burning everywhere) consumers came to realise that there were levels of sustainability previously undisclosed to them. Words like upcycling, regeneration, circularity, and transparency suddenly began to emerge. In stringing them together, consumers saw a much fuller picture of what being truly sustainable meant.

Now, as we enter into a new decade, the vague attempts at feigning eco-consciousness are no longer acceptable. Consumers demand greater transparency and care to know if the investment they are making on their above-average priced, supposedly sustainable, pieces is actually sustainable. And they reserve the right to know, don’t they?

What exactly is traceability?

The pandemic not only fully tweaked how we shop, but also why. As the economy and our jobs became suddenly entrapped in jeopardy, our priorities shifted. Instead, we focused on shopping mindfully, rather than blindly accumulating more, more, more. A recent study has even revealed that the fast fashion market has declined from $35.8 billion dollars to $31.4 billion dollars from 2019 to 2020. As customers question the authenticity of their products - the who, what, where, and how their textiles came to be - fast fashion loses its allure. Enter: traceability, another idea abuzz within the textile industry.

The concept of traceability first entered the conversation after the 2013 Rana Plaza Collapse, which occurred due to a structural fault in the building. With a death toll of 1,134 and an additional 2,500 injured, people around the world demanded a focus on social responsibility and transparency of supply chains. And so, with time, traceability emerged.

Known for its ability to trace the entirety of a product's life cycle (from the raw material stage to the point in which you purchase your garment, and even down to its disposal if any) traceability becomes increasingly important as the textile industry aims to tackle the negative impacts it continues to subject the environment to. With it in play, both brands and consumers can hold themselves accountable for what they produce and/or purchase. 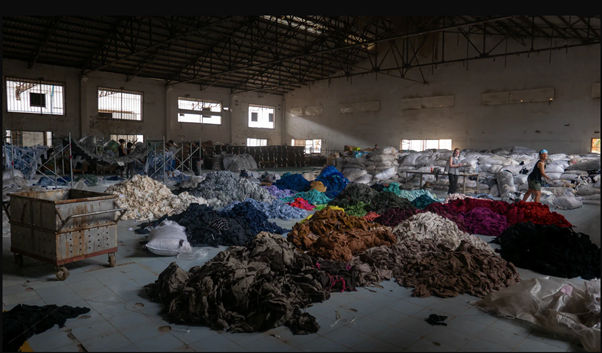 Sorting a pile of clothes

In 2018, just five years after the Rana Plaza Collapse, new technology emerged which would make traceability far more accessible than ever before. Founded by a group of “like-minded leaders in the global textile industry”, the traceable fibre technology, better known as Fibretrace, was a direct result of the necessity to achieve global sustainability.

The mission is simple: to ensure every member of the textile supply chain has the ability to take direct accountability to reduce the environmental impact of the global industry.

Danielle Statham, co-owner and founder behind Fibretrace, first came across the technology on which it operates as a result of her own curiosity. A farmer who sowed and harvested her own cotton, she was uncertain what her yarn was infused with once it was sent off to a spinning mill.

Her eagerness and her husband’s, (David Statham - also a farmer and co-founder // owner of Fibretrace) to offer the most environmentally friendly cotton that they could, led her to email the International Cotton Association in search of answers. It is in this way that she was put in touch with Paul Stenning. 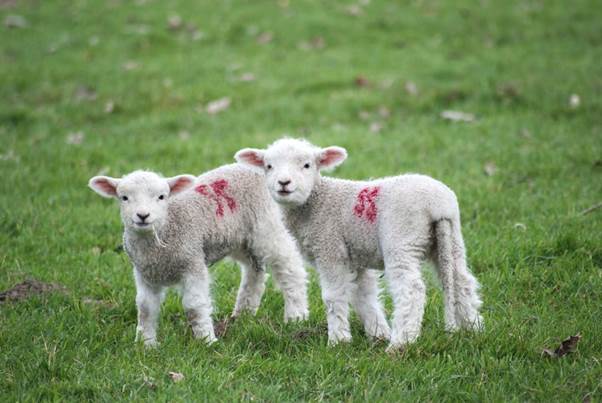 Stenning, who is currently the head of research and development at Fibretrace, is a scientist who had previously developed anti-counterfeiting technology used in paper money. When Statham contacted him, however, he had shifted his focus to the textile industry after having been hired by the International Cotton Association to combine his technology with fibres in such a way that could withstand all the intricate processes involved in making clothes.

Statham wasted no time and flew directly to Germany to meet with Stenning. Her choice was not in vain - as soon after she bought his proprietary technology and subsequently invited him to continue working with her, her husband, and their third co-founder and owner, Sanjeev Bahl, who is best known for creating the Saitex Denim Factory in Vietnam (a sustainable denim factory used by some of fashion’s most ethical brands including Everlane, Eileen Fisher, G-Star Raw, Madewell and more).

"I saw the pledges these big fashion houses were making saying they would only source 'sustainable fibres' — whatever the meaning of that is — by 2023," Statham notes in her interview with Whitney Bauck for Fashionista. "I was just aghast, thinking, 'I can't even guarantee this for myself when I grow the cotton!' Most of them don't even know their manufacturer, let alone where their fibre comes from."

Stenning’s technology is similar to the concept of what he used in flagging counterfeit money. Fibretrace infuses bioluminescent pigments (made of ceramic) into the fibres. Because ceramic is durable and can only melt at 1700 degrees Celsius, the pigment is able to persevere through the entire production process - up to and including recycling.

The pigments themselves are safe and sustainable, containing no hidden detrimental costs to the planet or people, according to Stenning. They are harvested in an evaporation process, similar to that of extracting salt, and is classified as an edible product, making it fully safe to wear against one’s skin. Plus, there’s no mining or digging into the earth required. The extraction is rather simple and doesn’t require much: “a bale of cotton only needs to contain between 0.01-0.05 per cent of the pigment for Fibretrace technology to work.”

Using blockchain technology, each pigment can be linked to a specific company or batch, making it easy to track where your yarn came from, where it was produced, and all the intricate stages in between.

By:
Synzenbe
Published: Jun 2021
Tags :
Reuse this Content
Our Clientele