This Could Be The Success Story Of Any Brand 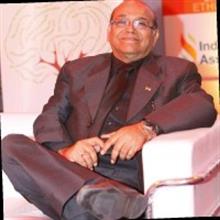 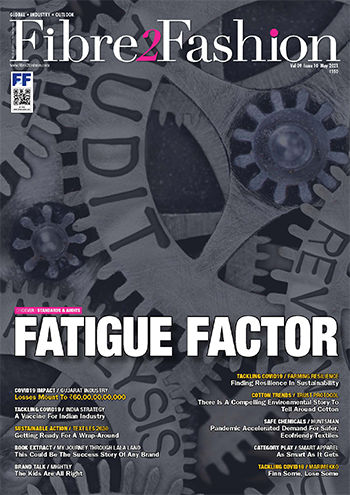 An easy breezy read, 'My Journey Through Lala Land – From Salesman to CEO' by BD Nathani captures through his experiences the journey of a brand from launch to success – it could be any brand, but differentiates traits of successful lalas or businessmen from the not-so-successful ones in an engaging tone which is all of the author.

In the early 50s, a man called Jiwand Singh ran a shoe shop the size of an ATM in Ambala. A hard-working refugee, the man was much loved by his customers for his affable spirit. Singh’s shop was the most popular amongst locals. Whether it was a little boy who needed shoes or an elderly woman who needed a pair to soothe her hurting knees, Singh always found the best pair for everyone. The enterprising shopkeeper wanted to become the best in leather shoes and hence, in 1954, the man decided to move to Delhi to start a small manufacturing unit in one of the busiest markets in Karol Bagh.

The man was not only hard-working but also understood business well. Since Eastern Europe and the erstwhile Soviet Union were major markets for Indian leather exporters, getting into exports became priority. His company, the Aero Group, started exporting shoe uppers and leather to Canada and Soviet Union. During the 1980s, the annual exports of the company touched ₹102 crore, almost all the revenue of the company. Singh started to acquire inhouse knowledge and resources to understand different aspects of the shoe business, be it manufacturing the best leather shoes that were waterproof and heat retaining, retail, marketing or design. A decade later, the economy at home started to open up thanks to the reforms led by the PV Narasimha Rao government. At this time, Aero Group was a 40-year-old company which manufactured and exported leather-based goods, garments and knitwear. In 1991, they established themselves in Italy and Germany, forming 20 per cent of their sales, while Soviet Union formed 80 per cent. The brand acquired new life and Italian and German designers stepped in to add value. They had also built a huge infrastructure to meet the demand for its products, and factory equipment was shifted to India. Like most family men, Jiwand Singh had passed down the business to his son, Avtar. An equally hard-working man, everyone in Aero Group starting calling him Bade Sardarji. To expand the business, Bade Sardarji had established a brand called Wings that sold some of the shoes manufactured by the Aero Group.

However, 90s was also the time when the world literally fell apart. The disintegration of the USSR meant that India exports to Russia (then Soviet Union) fell drastically from ₹5,255 crore in the early 90s to about ₹1,700 crore by 92–93. The Aero Group bore a loss up to ₹100 crore. Wings was contributing only 5 per cent to its turnover and things had become unsustainable.

Bade Sardarji was anxious and was looking for something new.

When I entered the two floored office, I was met with a young sardarji who escorted me and Mr Mathur inside a cabin. The young man left and I felt strangely uncomfortable. Within minutes, a tall and lean sardarji dressed in formals stepped inside and Mr Mathur immediately stood up to shake hands with him and spoke a few words in fluent Punjabi.

The first thing I noticed about him were his hypnotic eyes. I instantly knew he was a man not to be messed with. I could not avoid looking at him and wished the younger man, who was most likely his son, had not left.

‘What’s the costliest shoe that you have sold Mr Nathani?’ the man did not wait too long before beginning the interview in Hindi and Punjabi. Since I had sold one of the costliest shoes in the 90s at Lotto, I began to feel at ease and told him about the trial shoe and the rest of the story.

Bade Sardarji only needed to know if I was confident of selling their premium shoe.

‘Are you ready to sell a four-figure shoe in India?’ At this time, niche shoes accounted for a small percentage in the branded shoe market, dominated primarily by Bata. There were others too such as Liberty but when it came to casual outdoor shoes, there wasn’t any well-known brand. I assured him that pricing is not a problem as quality was assured.

At the back of my mind, I was jittery because I knew that the Indian customers were not used to casual outdoor shoes, forget an outdoor premium shoe.

After a few hard questions, Singh made the interview a candid conversation. When he asked me if I knew Punjabi well, I started to converse in Punjabi. Here, I thought of myself as Ramprasad, the sincere and innocent man feeling the need to impress the traditional patriarch, played by Utpal Dutt in Amol Palekar’s classic film Golmaal. Like Bhawani Singh, the boss in the film was keen to hire a man who was likeminded, Singh also wanted someone who spoke not just his language but also understood his beliefs. That we were both spirited and spoke our minds freely was a match like Bhawani and Ramprasad.

He asked me one more question, this time, his eyes were softer.

The Aero Group had manufactured a premium outdoors shoe and before they launched it officially, Singh told me that they needed a distinct identity to establish it as a brand. What would I prefer as the name of the shoe, he asked me? A leather shoe that was rugged and meant for the outdoors clearly needed a name and one of the options, Woodland, clearly suited the shoe. I was offered the role of General Manager, Sales and Marketing and was made responsible for establishing Woodland as a brand.

This article was first published in the May 2021 edition of the print magazine.