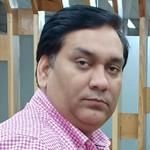 What is the size of the Indian apparel retail market? What is the year-on-year rate of growth?

We see immense growth in the retail industry and India has come to stand at the 3rd position globally. According to a ball park figure, the current fashion retail market is worth ₹2,97,091 crore ($46 billion) and will grow at a promising rate of 9.7 per cent to reach ₹7,48,398 crore ($115 billion) by 2026. Looking at the statics, Indian retail can be expected to grow at around 6 per cent year on year.

How has the retail scene in tier 2 and 3 towns in India evolved?

According to recent studies, Tier 2 and 3 cities like Lucknow, Jaipur, Chandigarh, Kochi, Patna and Bhubaneshwar are the next retail destinations owing to increasing real estate rentals of tier 1 and metro cities. Also, the retail sector in tier 2 and 3 cities has witnessed a much higher investment of ₹42,724 crore ($6,192 million) between 2006 and 2017 as against ₹8935 crore ($1,295 million) that came to tier 1 cities during the same period.
Some of the key reasons to take into consideration regarding the evolution of retail sector in tier 2 and 3 cities are factors like lack of available space in retail malls in metro cities, increasing lease rentals in metro malls, and high land prices in tier 1 cities. These factors have made it difficult for retailers to own real estate in these cities, which in turn creates opportunities for business growth in smaller cities. Therefore, it encourages entrepreneurs to discover business in tier 2 and 3 cities.

Are Indian start-ups now focusing on tier 2 and tier 3 towns in India?

Yes; depending on the current market situation, it seems the right choice to start your business in tier 2 and 3 cities. Keeping in account factors like lack of available space in metro cities and high land prices, starting a business in such cities makes business sense. International airport connectivity across cities such as Lucknow, Kochi, Bhubaneswar, Nagpur to name a few, and the rising levels of disposable income have prompted various global and local brands to plan their expansion plans in these cities. I believe it is for these reasons investors and start-ups are moving to small cities.

Who are your major competitors in the 'value-for-money' segment in apparel retail?

V-Mart is our biggest competitor; otherwise we are faring better than most of our peers in terms of financials and areas of presence.

Which are your top three revenue generating markets?

What is the average size of 1-India family mart stores?

The average size of a store is approximately around 7,500 sq ft.

Which are the best selling price points in tier 2 and 3 towns?

To my overseas friends, I wish to state that

It is a severe crisis

India and China will continue to be a dominant player..

AI in weaving and stitching will increase productivity

Connectivity is the foundation for collaboration