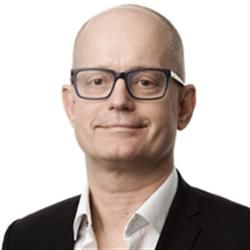 Next steps are expansion in Asia and Eastern Europe
Coloreel is an innovative Swedish company. The first product based on the Coloreel technology is a groundbreaking thread colouring unit for industrial embroidery machines. In an interview with Fibre2fashion, Mattias Nordin, CEO, Coloreel, discusses how the company is gearing up to be a global market leader for modern embellishment technologies.

What is Coloreel’s background like? Where is the company headquartered at and who are the founders?

Coloreel is a Swedish textile tech brand founded in the heart of the Swedish fashion and textile industry district. The headquarter is in Jönköping, Sweden and the original innovator and founder Joakim Staberg is still a major shareholder.

What are the major achievements of the company in the last 10 years?

The company has launched a groundbreaking technology for embroidery that enables high quality colouring of textile thread on demand, unlocking a world of potential for anyone using embroidery as their embellishment technology.

How is the 100 SEK funding in Coloreel going to boost its business?

The funding will support our market expansion and future growth.

Did the company face any challenges in its day-to-day operations due to the ongoing pandemic situation?

The pandemic situation impacts all industries including ours. The lockdowns on several key markets have affected our growth plans. With vaccines starting to take effect we look very positively on the future.

How big is the industrial embroidery market? At what rate is it growing? 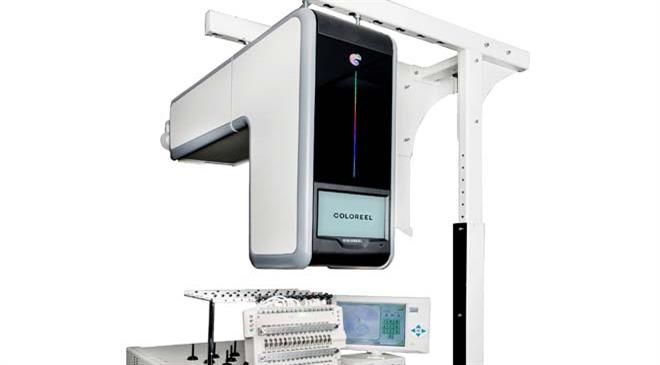 Coloreel’s first product aimed at the embroidery industry has been marketed and sold now for a year. What has been the response so far? What kind of sales have you done?

Despite the ongoing pandemic, Coloreel, with the help of existing distributors, has delivered its groundbreaking products to eleven countries in Europe, the United States and Asia, albeit in limited volumes. It has also started business with the world’s largest distributor of embroidery machines, American Hirsch Solutions, which has already installed the technology with a number of end customers in the US.

What advantages does this technology provide to the embroidery manufacturers?

The technology is used to advance and preserve the craftsmanship of embroidery. The unique solution makes previously complicated designs accessible, including gradients, textures and other stunning effects. Using only a single thread and needle means that it also significantly improves quality and efficiency, enabling immediate start up and faster delivery. In short, Coloreel empowers creativity and enhances quality and efficiency, making the ordinary extraordinary.

Which countries has the product been launched so far?

We have launched in Western Europe and US. The next steps are expansion in Asia and Eastern Europe with the end game to have global distribution.

What kind of environmental benefits does this technology provide? What about its carbon footprints?

Coloreel is also part of the movement to reduce waste and move the textile industry towards more sustainable production. The textile industry is the world’s largest water polluter today. By colouring the thread directly, there is no wastewater, hence no water pollution. Using a single reel of thread and needle also means minimised thread waste and minimised microfibre pollution.

Could you name few brands who have advocated or working in collaboration with you for this new technology?

As typical the major brands we work with don’t allow us to divulge their names, nor intentions. We are very excited about these collaborations. 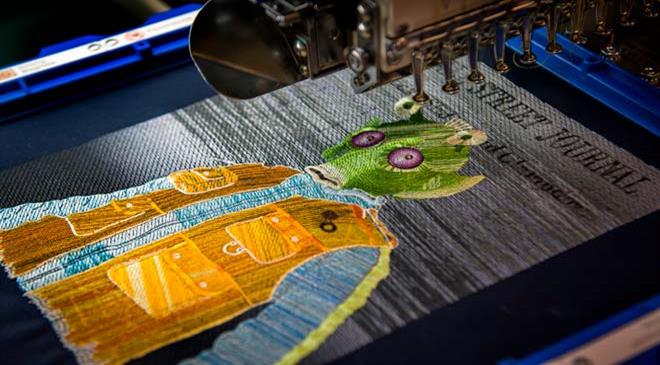 What is the strength of your R&D team?

We have a set of R&D competencies in the team ranging from highly skilled software engineers to mechanical engineers. We also have specialists in design and digitising, developing our free digitising SW Coloreel Studio. We also have very strong partners such as Ricoh.

Are you working on any new technology at the moment?

The principle of instant thread colouring with minimised environmental impact is applicable to other textile applications such as sewing, knitting etc.

Which are the announcements we can look forward to? What are your goals in the coming years?

We have several interesting collaborations that we hope to be able to announce officially in the near future. Our goal for the upcoming years is to expand our reach and establish Coloreel as a global market leader in the market for modern embellishment technologies. (PC)
Published on: 12/03/2021

Print this interview
Other Interviews

Prêtture has gained growth of 3X