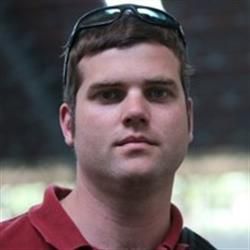 An Alternative to Cotton
Hemp is a fibre crop expanding rapidly in North America and elsewhere. Legislative changes are making it easier for farmers to produce hemp, an excellent option for crop rotation. It has lower water requirements than other fibre crops, and is highly regenerative for soils. Recently, Earth Alive Clean Technologies Inc, a leading Canadian Clean-Tech company, developer and manufacturer of state-of-the-art microbial technology-based products for sustainable agriculture and mining, announced its Clean Fibre Initiative, a collaborative research project to improve the production of natural fibre crops in Canada and around the world. CEO Michael Warren talks with Subir Ghosh about the latest in hemp production and sustainable agriculture.

The Clean Fibre Initiative was created by Earth Alive Clean Technologies to support fibre crop growers in North America, Africa, and Latin America. What was the reason for focusing on these three regions, and leaving out Asia?

Earth Alive currently has operations in North America, Africa and Latin America and our established business network in these regions facilitated the development of the Clean Fibre Initiative. Our company intends to expand into the Asian market, bringing the Clean Fibre Initiative to the region as well, particularly given that China is one of the largest hemp producers in the world. In fact, the registration process is already under way in several Asian countries.

It is true that hemp has gained in popularity in recent years. Canada legalised the production of industrial hemp in the 1990s, although the regulatory requirements necessary for growers to obtain a license to grow hemp acted as a deterrent to its widespread adoption. Forthcoming regulatory changes in North America are said to include an easing of obstacles that previously hindered the cultivation of this crop. Consequently, we anticipate a significant increase in hemp cultivation in North America in the near future. Similar trends have also been observed in other parts of the world.
The growing climate change movement and an increased awareness with regard to the serious negative impacts of modern industrial agriculture practices on the environment, along with the need for sustainable alternatives, have heightened international interest in hemp. Notably, research suggests that the cultivation of hemp necessitates less water and pesticides than cotton, thereby reducing the environmental impact compared to other crops. Earth Alive's key objective with our Clean Fibre Initiative is to identify ways to reduce the environmental impact of cotton crops, currently the most widely grown natural fibre in the world. With hemp's numerous properties and uses, we believe that it is a viable alternative for the fibre crop industry. 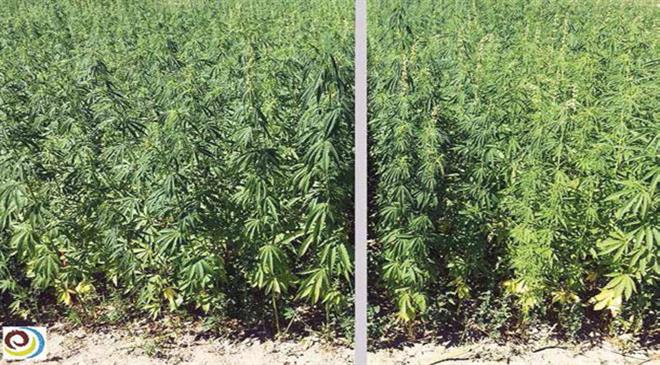 But, hemp has long been seen as a possible sustainable alternative to cotton. Why is it that hemp has not replaced cotton, even to a marginal extent? What held back hemp?

As mentioned previously, the fact that hemp is part of the cannabis family has been a major barrier to its wide-scale adoption. Both hemp and marijuana plants are varieties of the cannabis sativa species. This makes it difficult for policymakers to establish clear cultivation legislation, despite the fact that hemp contains only a negligible amount of tetrahydrocannabinol (THC), the psychoactive substance found in marijuana. Hemp has been misunderstood and miscategorised for most of the 20th century. Hemp cultivation had been prohibited the United States and Canada since the 1930s, although there is evidence of hemp production on the continent in as early as the 18th century. Additional research on the crop's various properties began changing the global perception of hemp in the 1990s, and Canada eventually legalised production in 1998, marking the beginning of hemp cultivation across the country. Historically, cotton has been the principal crop for the fibre industry, particularly in North America, and accordingly has benefitted from factors such as governmental subsidies, high volume demand and deregulation. As a result, cotton continues to benefit from a significant competitive advantage over hemp. Nonetheless, we maintain that hemp is a serious alternative to cotton. Hemp is currently considered a niche crop in rapid expansion; it is produced in over 30 countries around the globe and its environmental benefits make it a valuable crop for a bio-based economy.

Your press release announcing the initiative had asserted that hemp is experiencing rapid expansion in North America and around the world. Can you give us comparative figures in terms of how much this growth has taken place over say the last five years or the last decade?

Both in terms of area under cultivation as well as fibre production. There are no international or government reports available on the overall hemp market. Data collected by the Hemp Business Journal and the Hemp Industries Association (HIA) indicate that US hemp production increased at a 22 per cent compound annual growth rate (CAGR) since 2011, and is expected to exceed $2 billion by 2020. In 2016, the European Industrial Hemp Association (EIHA) reported that land use for hemp cultivation increased by 32 per cent annually since 2011, from 8,000 hectares of allotted land to over 33,000 hectares in 2016. EIHA expects the market to continue to grow at a similar rate over the next several years.

Which are the regions/countries where legislative changes are making it easier for farmers to cultivate hemp?More importantly, what are these changes?

Legal frameworks have been revised to allow for research and the commercialisation of hemp in more than 30 jurisdictions, with North America and Europe being at the forefront of the change, followed by several countries in Asia and Latin America. In some jurisdictions, the most important legislative changes relate to hemp being given an exception from the different controlled drugs and substances acts, thus preventing criminal charges from applying for cultivating the crop. As an example, EU regulations 1308/70, 619/71 and 11164/89 established the basis for a subsidy system enabling farmers to obtain economic aid to cultivate hemp. Likewise, the US issued the Agricultural Act of 2014, which includes section 7606 allowing for universities and state departments of agriculture to begin cultivating industrial hemp. Currently in the US, 39 states have passed new bills regarding hemp ranging from clarifying existing laws to establishing new licensing requirement programmes that can include, but are not limited to, criminal background checks (GPS), the coordinates of the cultivation locations, record keeping and the reporting of sales, etc.
Moreover, countries such as Canada, France, Switzerland, Australia and Ukraine, among others, have established efficient commercial licencing systems to cultivate hemp for industrial use. In Canada, the Industrial Hemp Regulation (IHR) came into effect in 1998, which permits farmers and the industrial community to grow and sell hemp in a controlled manner. Over the years, the licencing system has become exceedingly popular and easily accessible. The system allows for cultivation, importation and exportation, and retail sale based on a yearly licence with feasible requirement compliance. It has also been proven highly effective in separating hemp from illegal drug production. In China, due to the economic magnitude of the hemp business, which is produced in more than 20 provinces, governments at provincial levels have started regulating the market. The province of Yunnan leads the process by establishing a legal infrastructure to define and regulate hemp production through the Regulatory Programme Act of 2010.
Published on: 11/09/2018

Famous for having fabric that lasts forever

Awarded more than 31,000 certificates & labels in past financial year

We plan to explore European and American markets

Halit Gumuser
Managing Director – Member of The Board
Kipas Denim

Aim to become carbon neutral by planting half million trees

Plan to achieve ₹3000 cr revenue in next 5 years