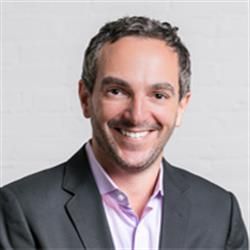 Embracing diversity & inclusion key to growing market share
Curve is a leading lingerie, swimwear and men's innerwear trade show organised by Eurovet Americas in North America. It showcases the spring-summer and fall-winter collections of leading international brands. The shows take place on both coasts, in New York and in Las Vegas during fashion weeks in February and August each year. Chief executive officer (CEO) Raphael Camp talks about niche markets, neutral colours, body positivity trends and more in a chat with Fibre2Fashion.

What is the size of the North American lingerie market?

Major industry events such as Curve are vital to understand the lingerie, intimates and swimwear industries. The US lingerie market was worth $13.6 billion in 2018 and is expected to reach $14.8 billion in 2020 and $18.3 billion in 2024. The US swimwear industry will generate an estimated $3.8billion in 2019.
Entrance to the US market is vital for global brands seeking to grow their customer base. But understanding a vast and varying market is the key for any brand looking to have marketing and sales success in the United States. Curve and its corresponding business transactions are key drivers of the US economy.

What is the market size for men's and women's innerwear? What is the average annual growth rate?

The innerwear market is a mature industry. Total innerwear grew 1 per cent due to the growth of sports bras and shapewear categories. The market growth is pretty flat when reviewing the last three years. Bras (non-sport) remain the top category in the intimate market, holding $5 billion of sales.

What percentage of the above market is attributed to men's and women's innerwear?

The US imports more innerwear than it exports. US women's knitted underwear (briefs, panties, nightdresses and pajamas) imports increased to $402 million in 2017, while US women's knitted underwear exports represented $189.9million. US imports of corsetry (bras, girdles, corsets, braces and suspenders) increased to $2.9 billion (up 2.9 per cent) in 2017, while exports also increased 4.8 per cent to $272 million.
US imports of men's underwear reached $1.7 billion in 2017 (up just 0.2 per cent), while US exports of men's underwear were around $37million in the same period (up 5.1 per cent).

How different and similar is the North American market from the rest of the world?

Contrary to popular belief, American women are spending more on lingerie than their French and European counterparts. American women spend between $100 and $120 per year on lingerie items, while European women spend around $85 a year and French women around $100.
It is vital to understand and serve niche markets to gain entrance to the US market successfully. Brands may want to target a select niche of the market to start and target specific regions of the country as well. Some key niche markets that are growing in the US include:

What were the key takeaways from the recently-concluded Curve NY? What sets Curve Las Vegas apart from the Curve NY show?

Experience is the key. We aimed to offer a show floor with a superior experience. We had an exciting event schedule featuring discussions on inclusiveness in the intimates industry, inventory management, and strategies to improve customer loyalty. In addition to a large selection of intimate and swim wear brands on show floor, we added lifestyle brands to create an opportunity for retailers to expand their store offering.

Which countries have a strong representation at Curve NY in terms of manufacturers and visitors? How many new exhibitors did you have at the latest edition?

Brands come from all over the world to show at Curve. The United States, France, Italy, England, Germany and Colombia are major homes for prestige lingerie brands. Exhibitors also come from Turkey, Poland, Mexico, Spain, Denmark, Romania and the Philippines.

What major trends in terms of colours, fabrics, patterns, trims and accessories do you see in lingerie, swimwear and athleisure?

The major trends we are seeing are the return to natural shapes and the move away from push-up bras. The bralette category is especially rising as it is preferred by millenials and now the trend is growing to all segments of the market, unlined underwire bras are also increasing. Body positive lingerie, swimwear and athleisure brands are thriving (notably Gossard, Parfait, Panache, Curvy Kate, Elila, Elomi) as are brands designed for the innerwear as outerwear trend.
Style trends include retro and old Hollywood inspired looks, bondage inspired looks, 90s inspired bodysuits, animal print fabrics and tattoo style embroidery.

What major factors are changing the lingerie market dynamics?

We are seeing the rise of hybrid brands; the lines between innerwear and outerwear are being blurred. Lingerie and swimwear items are being crafted in new materials that artfully transition from the boudoir or pool to the nightclub or music festival. Top social media platforms like Instagram and Snapchat see a great majority of their interactions driven by celebrities and influencers wearing innerwear as outerwear, lingerie driven trends, such as bodysuits, bralettes and lingerie-influenced athleisure. (HO)
Published on: 18/10/2019

We are currently in customer validation stage

For the present as well as future success in retailing one needs to have...

Things will only get better