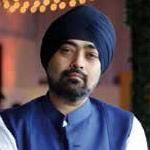 Following a vision
Jaspreet Chandok, vice-president and head of fashion at IMG Reliance, is a man with a mission and vision. To put it more accurately-a fashion mission, and he not only wants to give Indian fashion, textiles and crafts a national platform, but a global thrust in international markets too. Chandok, in the two years as the driving force behind Lakmé Fashion Week, ensured that the brand has zoomed up the digital coverage ladder with 1.3 million social media followers with innovative projects that have created industry-changing conversations in design direction, technology, sustainability, craft and inclusivity. Jaspreet Chandok shares his thoughts on fashion in this exclusive Q&A with Meher Castelino.
When he was head of retail for Wills Lifestyle at ITC Ltd, Jaspreet Chandok managed a network of 120 stores across 45 cities; so, his retail expertise matches his fashion acumen. He spearheaded the largest design-retail tie-up in the country with the launch of The Wills Signature Line. Even while in grad college, Chandok, an alumnus of IIM Kozhikode, created his first start-up, which focused on raising money for charitable causes through youth events. Chandok sees fashion beyond Lakmé Fashion Week (LFW) as he works with a diverse set of stakeholders including the ministry of textiles, United Nations and British Council.

How important do you think Indian fashion weeks are for global foreign buyers?

We've seen a significant interest emerge for Indian designers from our interventions globally-whether it was the International Fashion Showcase win at London Fashion Week, or from our discussions with global stakeholders who are engaging with the property more frequently. We are still a largely local industry and Indian fashion weeks haven't broken through as an overall industry and are yet to be a regular stop with all global buyers. But the point really is that there is such a large consumption market within the country that has not yet been tapped either. Maybe greater efforts to align design ranges to market realities will lead to a larger sales increase. 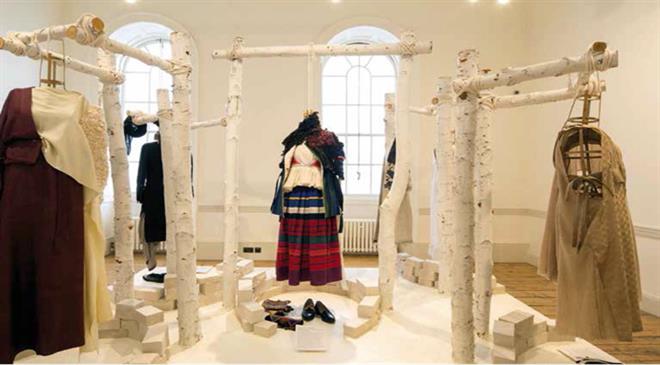 Do you feel the current season format of LFW is better than the six-months-ahead format, which is globally accepted? Do you feel that the schedule of LFW twice a year matches with the calendar for international buyers?

If you see, a lot of global fashion weeks are struggling with their formats with many designers showcasing in-season now. With a significant change in communication and digital media, design cycles will crunch and we feel our in-season format (especially after moving to early February for spring/summer) allows both designers to create ranges for buyers and gives them the flexibility to amplify their collections, which will soon be available in their own stores as well.

Do you think Indian designers know how to market and publicise their work?

I think it is a work in progress. Some designers are very good at it; others are still learning the ropes. Some have mastered social media; others don't understand it at all.

Many senior Indian designers can't write two lines about their collection, while Western designers have complete press kits ready. Will IMG Reliance help them to improve their communication skills and PR?

We usually hire senior consultants across various actions and we are happy to have Meher Castelino help out our young and senior designers if they require any assistance for LFW communication. Beyond that, we are currently looking at skill enhancement for young designers, not established ones.

Many Indian designers depend on Bollywood impact more than on their creativity. Please comment.

Fashion also has to make business sense. Each designer looks at various facets that add value to their brand-whether it is showcasing at the right fashion week, using influencers and celebs, working hard on their social media. We do not get into how designers choose to market their brands.

LFW has now started promoting regional textiles and designers, what happens to them after LFW is over? Does IMG Reliance follow up on their progress?

We provide designers the opportunity to constantly return to the platform, either to showcase their designs on the ramp or to put up stalls that allow them to meet and interact with consumers and buyers on-ground. Some of our projects are also longer term and have a business end.
An example of LFW and IMG Reliance going beyond the show would be the Usha Silai Project. Through the Usha Silai showcase, Usha International in association with IMG Reliance launched the Usha Silai label, which will soon be available at retail outlets starting with the launch at Ogaan.

In spite of LFW being one of the most followed fashion weeks in the world, why is it that no Indian fashion designer can compete with the western ones on their turf?

I don't see a correlation in the question; so, will answer the second part. Designers like Rahul Mishra (will be presenting at Paris Fashion Week), Suket Dhir and Ruchika Sachdeva have won the International Woolmark prize. Our curated set of young designers won the International Fashion Showcase at London Fashion Week. Designers such as Manish Arora and Bibhu Mohapatra have been showcasing internationally for years. So, I'd say we are definitely competitive. Maybe more can break through if given the opportunity. However, designers need to have significant capital to be able to compete internationally as well from a business perspective.

Fashion weeks in India remain a glam event for socialites and the blitz-glitz brigade. A case in point-how many B2B editors do you call for your shows, leave alone first row seating. When will they emerge as serious trade events for the industry? What steps are being taken to ensure that industry takes it as a serious trade event?

Fashion weeks reach out to various sets of stakeholders. We don't want to be too serious and boring and present ourselves as a joyous event. We see ourselves as both a trade and an amplification event; so, it depends on what the designer wants out of the event. Also, we have taken more efforts to reach out to a larger audience than any fashion event-whether it is consumers, national media, inclusion of artisans and retailers. We do a lot of serious work with our curations and focus on sustainable fashion, and hence we have a complete new set of stakeholders like the United Nations and British Council coming in.

What are the flaws in the Indian fashion business that need immediate rectification?

Greater alignment of product to consumer still remains the biggest flaw, leading to the designer industry not being able to tip over into large revenue businesses.

What is IMG Reliance's role in promoting arts/crafts in India besides organising LFW?

We've been working closely with various stakeholders beyond fashion to come into the fold and work with us in building the craft sector. Today, organisations such as the United Nations in India and British Council interface with the craft industry through us in developmental projects. We've now started looking at corporate intervention as well with Raymond, Usha for development work, which we now see as a major way to drive the sector in the future.
Published on: 23/05/2018

Raw material sources for our products an industrial secret

Brands reported up to 32% rise in online sales using Vizit

Tool to ensure transparency in supply chains in B2B-context