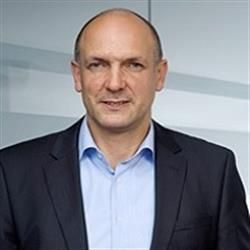 Garment order cancellations hits people at poverty line
Germany’s Setlog GmbH is a wholly-owned subsidiary of Setlog Holding AG. Founded in 2001, the company is now a leading provider of tailor-made supply chain management (SCM) software with over 40,000 users in 92 countries. The company employs 60 people spread across Bochum, its headquarters, Cologne and New York. Its central product is the cloud-based SCM software OSCA, which is used by over 150 brands in the apparel, electronics, food, consumer goods and hardware sectors. With the help of OSCA, companies network with their customers, suppliers and service providers to optimally coordinate their supply chain, accelerate processes and manage supply chains efficiently.
Because of the COVID-19 pandemic, European fashion brands are cancelling orders in Asian countries. Company board member Ralf Duester discusses the consequences for suppliers, factory workers and global supply chains.

Setlog has been providing current data and information on the situation in global procurement during the COVID-19 pandemic in recent weeks, especially for the fashion industry. What is your forecast for the coming weeks?

That is like looking into a crystal ball. Shop owners have to observe which steps politics will take. Some politicians have already signalled that in Germany, with consideration for the economy, the social distancing requirements should be softened if the situation improves. With restrictions lifted, shops would not have to be closed for too long. On the other hand, many government representatives are in favour of very strict regulations and do not want to rule out a general curfew unless the situation improves significantly. Governments in other countries and many virologists see the situation in a similar way.

What is the situation in global procurement?

We had already published facts on this in press releases in March. As a basis for this, we analysed the data of 100 brands and their supply chain partners in the fashion industry in our SCM software OSCA. Initially, many fashion importers and brands wanted to have goods quickly flown in from the production countries, especially China. There were production delays for weeks after the Chinese New Year holidays and the goods were urgently needed for the upcoming spring/summer sales. As a result, prices for air freight increased five-fold in some cases. But then politicians in Germany decided to close shops at short notice, which led to a completely new situation. Most clothing orders are shipped by sea after all, unless the air freight orders could no longer be cancelled or the goods are important for e-commerce. When it comes to sea freight, retailers are now following the motto ‘please transport as slowly as possible’, because the goods hanging in the shops cannot be sold at the moment and the central warehouses are overflowing.

What is the situation in important production countries?

The Chinese suppliers had problems to start the production after Chinese New Year on time. Some of the ordered raw materials were missing, because some of the truck drivers who were supposed to distribute the raw materials were unable to work. And in many ports the containers, both full and empty ones, were kept stowed. Now the situation in other producing countries is changing as well. India has declared a shutdown. And Bangladesh, the world's second largest fashion production country after China, followed shortly afterwards. Just a few days ago, customers told us that the factories were allowed to open if special security measures for the employees were observed. But overall, it results in a slowdown of production. In addition, all authorities, including customs and import/export offices, are expected to close or limit the hours of operation. The situation can quickly lead to weeks of delays in both the import of raw materials and the export of finished goods. Our data shows that textiles are already arriving in Germany from Bangladesh up to 30 days later than planned.

What figures have you analysed?

Our data shows that tens of millions of garments would have to be sent on their way from Bangladesh in April. Postponement of production from April to May is not so easy because the production capacity for the upcoming months has already been blocked. On the other hand, importers and brands (about 60 per cent of the goods from Bangladesh are delivered to Europe) reacted immediately. Within a very short time, they cancelled or postponed 828 million garments worth $2.58 billion. More than 960 factories are affected, according to data from the Bangladesh Garment Manufacturers and Exporters Association (BGMEA). This will cause major economic problems and poverty for the country, as 84 per cent of exports consists of textiles. This will impact 4.1 million factory workers who only earn $95 per month as a minimum wage. The workers, three-quarters of whom are women, have hardly any money set aside and only have the low factory wage for their livelihood.

Is it not possible to increase production after the reopening of the factories?

Many factories in Asia were already at the limit in terms of capacity utilisation. Even more volume or faster production would certainly be at the expense of product quality. But if tens of millions of garments are cancelled, the survival of many factories is threatened. The so-called free-on-board price per garment is often no more than $4 to $6 and the cut, make and trim (CMT) price is often only $0.44 to $0.64 per part. This is how factories have to calculate. Due to low margins and production downtimes lasting over weeks, this could quickly mean the end of the companies and unemployment for the employees. It affects people who are already living at the poverty line.

How will transportation to Europe develop?

This is still difficult to say. Take Bangladesh as an example: for high-quality garments, raw materials from other Asian countries are often imported. This affects 70 to 80 per cent of the garment production in Bangladesh. The raw materials come mainly from China. Now there won’t be any imports for weeks if the authorities close. And when the factories in Bangladesh open again, production will start slowly. When the suppliers will actually have 100 per cent capacity and manpower for production again, is the next question. Whether a lot of goods will have to be flown, depends on how urgent the goods have to be in the shops. Communication and collaboration between importers and brands and their suppliers will be the key to find the best solution. One thing is clear: fashion brands with eight to twelve collections per year might reduce items in the current and upcoming collection planning cycles. We have seen this downturn in Bangladesh in late March.

What will happen with freight costs, unit costs and margins?

The freight market is very volatile and will remain so in the coming weeks. You could already see that from the spot market freight rates for different types of transport in recent weeks. Freight traders need to see whether the container cycle in ocean freight is regulating itself and how full the ships from the Asian ports will be. However, many importers and brands will certainly benefit from having established long-term partnerships with their logistics service providers and if those providers have access to sufficient freight capacity with individual shipping companies and carriers.
Published on: 08/04/2020

EXCLUSIVE Interview with Fibre2Fashion: We will strengthen focus on energy...

Industry has no choice but to adopt IoT for DTG printing

By 2025, intend to have all cotton purchased by VF grown in US

NFTs are emotions you own