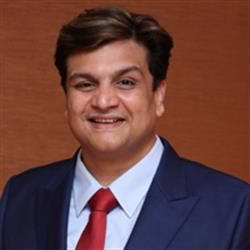 The Indian Government is negotiating a 16-nation Regional Comprehensive Economic Partnership (RCEP). What is SRTEPC's recommendation regarding the rule of origin (RoO) for garments under the RCEP?

RCEP is a very critical agreement that India is negotiating, especially for the MMF segment. This is because of competing countries like China, which is the originator for all MMF textile products - right from fibre to RMG. Therefore at various consulting meetings between the government and the industry body, there have been suggestions to keep the sensitive adjust lines in the negative list. As far as garments are concerned, the fabrics forward rule of origin (RoG) may be some respite as this will control Chinese exports from a third country. Currently, we have duty-free access to Bangladesh for all kinds of apparel. But unfortunately there is no way of identifying whether the fabrics actually used by the Bangladeshi companies are of Indian origin. They may be using Chinese fabrics or directly importing from China and exporting to us.

How is India expected to benefit from RCEP, given that other apparel exporting countries like China, Vietnam, Cambodia and Indonesia are also going to be its members?

In the 15-member RCEP bloc excluding India, countries are major MMF textile-consuming markets. Their market size is worth nearly $12 billion. The intra RCEP countries and MMF textile traders are substantial. Currently India MMF export to RCEP bloc is around $600 million only. Therefore it is a huge opportunity if the RCEP bloc is open to India. But China and Korea are heavily subsidising their MMF industries because of which there is no healthy competition or level parity as far as cost of production is concerned. So they start dumping their goods, they start getting free access to lines in which India is strong, and that is going to be a disadvantage for India. Indian industries are going to suffer.  As India genuinely follows WTO compliance, so we should keep in mind these things, protect our domestic industry, and at the same time ensure that our raw materials are available to our downstream value chain at internationally competitive prices. That is the only way India can grow. The government has to walk a tight rope, which I am sure it is doing quite well.

Sustainability and circularity have become buzz words in the global apparel manufacturing industry. What steps are being taken by the industry and SRTEPC regarding that?

Of course, the world is becoming conscious about sustainability, governments are eager to save the depleting environment and customers are also becoming more aware. Contrary to public opinion, MMF textiles are more sustainable than other natural fibres. The most cheap polyester right now or polyester products are made from recycled fibres, which is very good. Some of the buyers are insisting on recycled fibres, which is only possible because of polyester, etc. For example, a cotton trouser, when purchased, the amount of water it consumes to be washed and to be maintained is seven times more than a garment made of MMF or polyester or viscose. So our products are more sustainable and the world has come to recognise that. This is going to be a major initiative for the buyers or the value chain of the importing countries.
What we are trying to do is create awareness about these criteria among our members though seminars. Reliance Industries, Grasim, etc are all into sustainable products. They are using recycled fibres, making yarns from recycled fibres and using recycled yarns many a times. So we will create awareness that this is the future trend and this is what should be done. We are also highlighting the fact that a lot of our manufacturer members are using recycled PET chips, chips from bottles and converting those back to yarn. We are also encouraging more manufacturers to go the green way.

The Indian government extends benefits under RoSCTL to readymade garments and made-ups sector. Will it be more helpful if the scheme is widened to include the entire textile value chain? Why?

Cent per cent correct! RoSCTL should be extended to the entire textile value chain. For example, earlier it was restricted to made-ups and apparel. Made-ups are fabrics that are stitched on four sides. Apparel again, it is a shirt or a trouser with some trims. But the major raw material in both cases is fabric. So why should RoSCTL be not offered to fabric? There are a lot of state and central level taxes that are not subsumed under GST. So they should be refunded. That is the only way through which we can make our products competitive in the global market. So the ambit should be widened across the entire value chain - fibres, yarns, fabrics.
We are also under an inverted duty structure under GST. So raw materials for yarn for making polyester or viscose fibres attract a GST of 18 per cent. On yarns, it is 12 per cent, and it is 5 per cent on fabrics. So there is a lot of accumulated credit that is causing a huge capital blockage. Our industry is largely defragmented where lot of work happens on the basis of 'job work', the processing or working on goods supplied by another person or entity to complete a part or whole of the process. People actually have weaving, processing, garmenting manufacturing tasks done that way, and those job works are treated as services. There is no provision of refund of services under GST. So that too leads to accumulation of credit and increase in prices. RoSCTL should be given to at least yarns and fabrics. 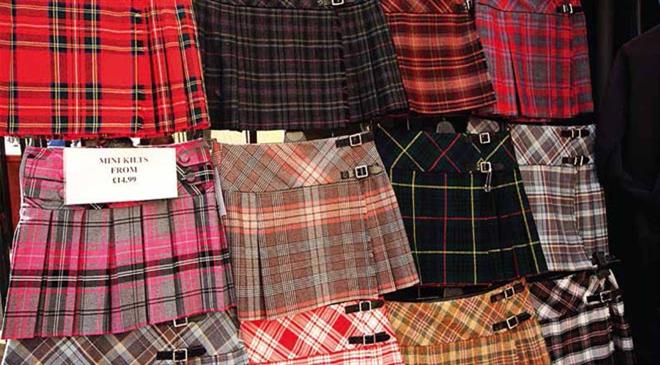 What other steps should the Indian government take to boost the MMF sector?

There are immediate as well as long-term measures that the government should take regarding the textile industry.
First, all GST-related anomalies should be rectified. Second, MMF fabrics, yarns, fibres should be included in RoSCTL.
Third, the Merchandise Exports from India (MEIS) scheme should be continued. Earlier there was a focused product and a focused market scheme where incentives were given to focus on a certain product and to promote exports of that. It was there to encourage exports to markets like Africa and Latin America, which are very difficult to reach out to. Later focused product and focused market were merged together and MEIS was devised.
Now since WTO has raised objection on the MEIS scheme, the government is thinking of merging it with the RoSCTL scheme. My request is that the existing MEIS rate should be considered over and above the RoSCTL rates which the government is going to offer because that will help exporters reach out to difficult markets and export focused products, which was their noble intention earlier.
Fourth, schemes should be introduced for production and development of MMF. Cotton has the Cotton Board, jute has the Jute Board, MMF and filament segment does not have such a board.
Fifth, the global perception about the Indian MMF textile industry should be changed. Buyers world over still feel India is predominately a traditional exporter, focusing on Indian handlooms and handicrafts. But India needs to be seen as a global supply chain partner, rather than exporter of summer articles or primitive cotton textiles. Therefore, branding exercises should be initiated so that MMF exports can grow. (PC)
Published on: 21/09/2019

Producing fabric for the nation

Next steps are expansion in Asia and Eastern Europe

Target is to catch over 2019 this year