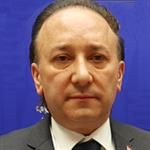 ITM will remain the epicentre of the world's textiles industry
Teknik Fuarcilik organises the International Textile Machinery (ITM) in collaboration with Tüyap along with Hightex, a global fair for technical textiles and nonwoven technology in Turkey. Chairman Necip Guney updates us on the recently concluded ITM and Hightex 2018.

How has ITM Turkey evolved since its inception?

With the motto 'Textile exhibitions must be done in the country of textiles', ITM Exhibitions continue to grow each passing year. Becoming one of the world's leading events in the industry and a huge meeting point too with number of both visitors and participants, ITM has become an important brand of Turkey. Considered to be a key avenue for reaching the region, ITM has been a bridge for textiles between the East and the West. Looking at the number of companies and the diversity of countries participating at ITM 2018 which we organised in April, ITM has proved itself to be a global brand.

What were the highlights of ITM 2018?

Being held in Turkey where countries are considered to be geographically closer to each other, ITM is also the biggest exhibition in the region. Key points of ITM 2018 can be listed asunder:

How many companies participated, and what was the footfall at ITM 2018?

ITM 2018, held from April 14 to 17, hosted 1,150 companies and representatives from 64 countries. With a total of 58.942 visitors from 94 countries including 14.248 foreign visitors, ITM 2018 has broken the record. With a significant increase in both diversity of countries and number of visitors compared to the previous ITM events, ITM 2018 received even more positive feedback from companies and visitors.

Any approximate figures on the business conducted at the fair?

Leaving marks that will not be wiped away from the minds of business owners, company representatives and visitors, ITM 2018 also offered unimaginable commercial opportunities for all professionals who want to watch the industry closely. Participating companies have not revealed sales figures, but many companies who we interviewed remarked that they had inked several million euros worth of sales agreements not only with Turkish companies, but also the ones abroad. Leading brands broke records with machine sales at ITM 2018. Many companies put up the "Sold" signs on machines they exhibited.

What percentage of the exhibitors were Turkish manufacturers?

About 30 per cent of the companies were Turkish. Looking at the diversity of companies and countries participating at ITM this year, we can say that ITM is an international event and proved itself as a brand.

What were the highlights of Hightex 2018?

Hightex 2018, which was held for the seventh time, hosted visitors at Hall 9. At Hightex 2018-the most important industrial meeting point of the entire Middle East and Eastern Europe in its field, the latest technologies, products and production techniques in technical textiles and nonwovens were exhibited. All domestic and foreign participants expressed satisfaction. They found Hightex quite successful in terms of both visitors and business potential. In addition to companies requesting us to keep their existing spots for the next event, some have even asked us to enlarge their booths.

How many companies participated, and what was the footfall at Hightex 2018?

Which regions did the exhibitors hail from (at ITM and Hightex)?

ITM and Hightex exhibitions have increased significantly in terms of diversity of both countries and participants compared to the previous editions. They were attended by companies and representatives mainly from Europe (countries like Germany, Switzerland, Italy, France), as well as from India, Pakistan, Iran, Malaysia and China.

What are the latest textiles and technical textiles technologies that the Turkish are investing in?

Turkish manufacturers participating at ITM and Hightex have made investments in the production of yarns, weaving, dyeing, printing, R&D, quality control, knitting, nonwoven (spunbond, spunlace, airlace, etc) and high technological fabrics. Turkey, especially with its high value-added products in the technical textiles and nonwovens field has developed in recent years and become one of the important centres of the global textiles market. Manufacturers exporting tonnes of technical textiles and nonwoven raw materials and final products to the world are making continuous technological investments and strengthening their R&D centres in order to both renew existing technologies as well as increase their capacities. Another branch in Turkey, where manufacturers prefer particularly meltblown, spunbond, spunlace, thermobond and waterlaid technologies, is smart textile production which has been growing in recent years. In addition, as a country where high-quality and niche fabrics serving the fashion industry are produced, investments in yarn, weaving and finishing are increasing. Also, quality control investments are on the rise, especially by manufacturers. In addition to this, companies also focus on R&D investments in order to develop innovative products. In dyeing and finishing technologies, eco-friendly and innovative technologies that reduce the use of resources draw interest.
Published on: 07/06/2018

In the contemporary world the retail sector is the key when it comes to selling ...

When we look at the vast majority of the Chinese textile & clothing industry,...

Industry is ready for next step towards sustainability

Minimum order quantity is a hindrance for small business

We already see a strong demand for specialised fabrics and therefore more...

Both airlaid's and wetlaid's share has remained relatively constant over the...