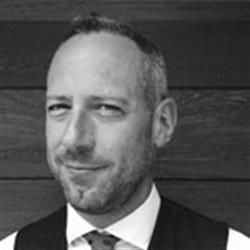 20,000 new jobs needed in UK industry
The UK Fashion & Textile Association (UKFT) is the most inclusive British network for fashion and textile companies. The UKFT brings together designers, manufacturers, agents and retailers to promote their businesses and the industry throughout the UK and internationally. CEO Adam Mansell converses about the impact of Brexit, top sourcing destinations, challenges faced by the industry and more in an interview with Fibre2Fashion.

What is the size of the fashion and textile market in Britain? What is the annual growth-rate?

Which category is driving the British fashion sector-menswear, womenswear or kidswear?

The latest statistics show that the UK men's clothing market grew by an estimated 3.5 per cent in 2017 to reach £15bn. Nevertheless, menswear remains around half the size of the womenswear market which is valued at £28.4bn, accounting for 26 per cent of total clothing sales. Research group Mintel forecasts that menswear will grow by 11 per cent between 2018 and 2022 to reach £17.1bn. In 2018 alone, men's clothing sales will grow by an estimated 2.9 per cent to reach £15.4bn. Kidswear is a smaller segment of the market but is growing as brands look to harness the gifting and 'mini-me' trends.

What is the USP of British fashion and textiles?

The fantastic woollen and worsted fabrics that come out of Yorkshire or the cashmere from Scotland are well known but fewer people realise that there are companies supplying the leading retailers from John Lewis to Topshop as well as the newer internet businesses such as ASOS. We have a fantastic cluster of high-end manufacturers in London where there are an estimated 13,500 machinists making for names such as Erdem, Mary Katrantzou and Victoria Beckham.  And we also make interior textiles used in homes, hotels, planes, trains and automobiles. Medical textiles that help save lives and prevent the spread of disease and technical textiles that are used in a huge range of end uses from the construction industry to the military.  We even make the yarn used in artificial turf and the core of ice hockey sticks that are used in the US and Canada.

Which new British fashion brands are growing their foothold globally?

The UKFT takes over 700 brands to overseas trade shows each year and we're seeing lots of interest in UK creative talent from forward-thinking buyers in exciting markets from Scandinavia to South Korea, Japan and the US. Most recently new designer womenswear brands like Roberts Wood, Paper London and Siobhan Mackenzie have been attracting attention, as have ethical labels like Beaumont Organic, People Tree and Cossac. Menswear brands like Gravalot, Albam, YMC, Folk and Oliver Spencer are gaining more of a profile internationally.

What kind of impact will Brexit have on the British fashion and textile industry?

The full impact of Brexit will remain to be seen for many years but while it does present challenges for the UK fashion and textiles industry, there are also opportunities for the UK to conclude its own trade agreements to allow exports to flourish, as well as providing new impetus to support the growing trend towards nearshoring that is benefiting UK manufacturing.

How are retailers preparing themselves for Brexit? What kind of guidance and support is available from UKFT?

The UKFT has been working tirelessly with government to ensure that our industry's voice is considered as the UK prepares to exit from the European Union. We recently gathered the most senior civil servants together with industry to outline the technical details that need to be taken into account, including customs, tariffs, rules of origin and standards. We also developed a Brexit checklist to help companies prepare for the possible outcomes of the UK's departure from the EU. In the months ahead, the UKFT will continue to push the industry's key requirements around talent, trade, regulation, IP protection and access to funding. We will also continue to lobby the government for support to help the industry seize the opportunities that leaving the EU may bring, including significantly increased funding for exports, more support for skills and training and meaningful support for UK manufacturing.

Which are the top sourcing destinations for British apparel and home textile retailers?

Imports of both textiles and apparel goods continue to be dominated by China (excluding goods via Hong Kong which are measured separately).  Over £1.1bn worth of textiles goods were imported from China in 2017, whilst Belgium (£570m) and Pakistan (£473m) were also significant suppliers. Seven individual countries exported over £350m worth of textiles goods to the UK in 2017, many from different global regions and signifying the specialisms many countries have in textile production and their price points. After China (£4bn), apparel imports from Bangladesh (£2.5bn), Turkey (£1.4bn), India (£1.1bn) and Italy (£1.1bn) were of largest value into the UK.  Again, the individual country list demonstrates the variety of goods sourced and diversity of UK consumer demand with a mixture of low cost and luxury supplying countries on the list.
Published on: 15/11/2018

Print this interview
Other Interviews