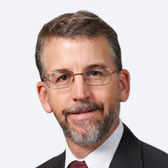 What are proposed changes to the compliance rules and how will it affect the 'First Sale Rule'? How will these changes harm the US apparel sector?

U.S. Customs and Border Protection (CBP) has proposed to update an Informed Compliance Publication (ICP) with additional information on potential documentation requirements that would be needed to support First Sale claims during audits. The American Apparel & Footwear Association (AAFA) and other industry associations have advised CBP that such an approach substantially expands the First Sale documentation requirements beyond where they are now. Such increased paperwork burdens create additional costs, hurdles, and uncertainty to a program that has operated successfully for more than 25 years. In some cases, the documents are either not available or are not allowed to be shared with the importer. In other cases, the documents are simply not needed to substantiate First Sale claims. The result will be a chilling effect to a program that enjoys broad support among all three branches of government, and whose use has been affirmed and reaffirmed over the past quarter century through court rulings, administrative determinations, customs rulings, and legislation.

U.S. apparel and footwear companies have expressed strong concerns - either directly or through AAFA - to CBP. Citing the increased burdens and costs that will occur as a result of the proposal, they have asked CBP to abandon this approach and instead focus on other techniques - such as more training for auditors so they will know which documentation is needed to support First Sale transactions. Apparel and footwear companies value their collaborative relationship with CBP and look forward to working with CBP to ensure that First Sale remains a viable method of customs valuation for many years to come.