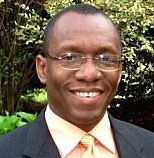 What are the significant features and future prospects of the Haitian garment industry? What are the challenges faced by the sector and how they can be overcome?

Garments are the main export item from Haiti, representing more than 80 percent of the country’s total exports.  In 2012, the total apparel exports neared US$ 750 million, making it the second largest source of foreign currency after remittances. The Haitian garment industry is by far the largest employer in the private sector of the country, with 30,000 people currently employed in the apparel sector, of which 64 percent are women. Haitian firms manufacture garments for international brands including Walmart, Gildan, Hanesbrands, VF, Levi’s, Cintas Uniforms and Jos. A. Bank.
Haiti has a unique position based on the fact that it enjoys preferential duty-free access to the US, Canadian and EU markets.  The preferences granted by the US through HOPE 2 and HELP legislations are especially unique, in the sense that they are virtually quota-free. The 200 million square million equivalents (SMEs) quota are valid for a reasonably long period—up to 2020, and that they allow goods made in Haiti to be manufactured from materials imported from any country in the world.  On garments, the duty savings can be as high as 35%. These laws also allow production of many non-apparel items such as handbags, luggage, hats, and automotive wire harnesses.
Speaking about the county’s apparel sector, Haiti is poised to reach US$ 1 billion of exports in less than three years. The EU market has a huge demand for t-shirts and jeans, and Haiti is looking at it closely to diversify its customer base. Even the production capacity of Haitian capital Port-au-Prince is expanding, with two newly built free zones, which will employ 5,000 local workers. Among other expansion plans, the Caracol Industrial Park was inaugurated near the city of Cap-Haitien, last October, with a Korean manufacturer SAE-A as the anchor tenant, with plans to employ up to 20,000 workers within 5 years.
However, there are several challenges faced by the Haitian garment industry. Firstly, the unavailability of cheap and abundant electric power in the country has increased the cost of production. Secondly, the obsolete ports in Haiti have limited capacity and are making port charges higher than in the rest of the region. Thirdly, the lack of raw materials and embellishment services in the country has also caused worries to the apparel sector. Finally, the country’s garment sector has to compete with a cut-throat global market which is increasingly driven by low prices.
In order to overcome the challenges, the Haitian apparel industry has already put together a strategic plan that includes specific tasks to be accomplished by the Government, private sector and institutional donors. The plan will function in order to build up the industry’s production capacity, address infrastructure challenges, provide the right financing mechanism, and device ways to attract foreign investors and apparel companies for collaborations with Haitian partners.
On the global level, one major area of concern is the upcoming Trans-Pacific Partnership (TPP) agreement, which stands to give virtually unrestricted access into the US to major Asian garment producers like Vietnam. This would constitute a major threat to Haiti's economic recovery, and to other garment producers in the Americas.  That is why we have joined with 30 other trade associations from the United States, the CAFTA region, the Andean Region, the AGOA countries, Mexico and the Middle East to form the Textile and Apparel Alliance for TPP (TAAT:   www.taa-tpp.com) in support of existing textile rules.  Haiti must remain an attractive sourcing destination.

What level of awareness do you see among people towards sustainability? How can ...

Your group is a brand in fibre industry. As an acrylic fibre producing arm of...

How do you see the wool industry faring globally?