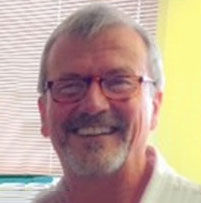 How is the market for sewing threads faring in South Africa and how will it likely be in the future? Does the country offer opportunities for export?

The garment making industry has contracted year on year ever since the large scale migration of the industry in the early 2000’s. The demand for sewing thread has reduced in line with this. In the last year or so there has been increasing dissatisfaction on behalf of retail and clothing chains with the very long lead times which manufacturing in the far east entails, and there has been some relocation of manufacturing to nearer manufacturing centres such as Mauritius, Madagascar as well as Swaziland and Lesotho. Demand for sewing thread has therefore declined in South Africa but increased to some extent in Lesotho and Swaziland.

The rate of decline of the garment industry in South Africa is reducing. In 2013, the sector reduced employment by 4%, which is the lowest figure since some years. One can see then that the efforts of the Department of Trade and Industry, among others, are succeeding in halting the slide, and hopefully the trend may be reversed in the coming years. The same is true of other thread consuming sectors, such as footwear, leather goods, luggage etc. Demand in the so called “big ticket” areas of furniture and bedding is somewhat depressed at the moment, due to the economic situation and the fact that personal credit limits have been curtailed by recent legislation. These will recover however as economic growth continues. The recent degree of devaluation of the Rand must make South African product more attractive to international buyers which is another area of opportunity. It is static in the immediate future with a tendency to increase in the short to medium term.

It would be a stretch to say that South Africa has a growing textile industry, although hopefully the decline has now bottomed out. The devaluation of the local currency over the last 5 years, and in particular, in the last 12 months, must offer opportunities to exporters. The Rand is around 10.5 to the US$, compared with close to 8 in the latter part of 2012. This compared with local inflation of the order of 6% p.a. must give competitive advantage to South African exporters in international markets.

We have certainly suffered along with the other sewing thread suppliers, who have seen their main markets shrink drastically over the last 10 years. We have down scaled our production facilities, and now import approximately 70% of what we sell from other sister companies in the Coats Group, producing only the minority locally. Importing “bread and butter” products from lower cost countries, combined with local production of service items, such as special colours or items of low or irregular demand, allows us to offer high levels of service, whilst at the same time reducing the average cost of product.

Another tactic we have employed is to explore market sectors out with textiles, such as industrial filtration or wires and cables, and to explore export opportunities within Sub Saharan Africa. We are currently trading with customers in Botswana and Zimbabwe for instance, and will shortly be undertaking market assessments in Zambia and Angola.