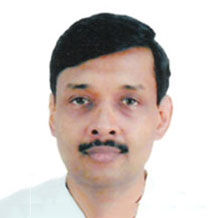 Please share with us your overview on cotton exports, its prospects and hindrances in India.

Exports of textiles & clothing from developing countries in the past have long faced restrictive blocks to their exports called “quotas”. In 1962, a long term agreement (LTA) was initiated which later on got replaced by “Multi Fibre Agreement, 1974 (MFA)” which was for synthetic, woolen products besides cotton.

The objective of “MFA” was to allocate export quotas to the low cost developing countries, listing the amount of imports to countries whose domestic industries were facing serious challenges from rapidly increasing imports. It sought to expand trade, reduce barriers to trade and progressively liberalize world trade.

The steep increase in cotton prices during 2010 to a historic high level around Rs. 60,000/candy created turbulence. Domestic market faced “threat of survival”. The Govt. of India initiated intervention by some policies such as export duty on raw cotton (Rs. 2500/ton) and banning export of cotton during mid 2010. Further, the govt. imposed cap on cotton export up to 5.5 million bales, later increased to 6.6 million bales. Though the govt. earned record revenue from export in 2010-11, it featured high uncertainty in textile industries & world. Such frequent ban on cotton export & then lifting ban tarnished the image of the country. World leading countries ranked India as “non reliable” partner in international trade raising the issue in “WTO”.