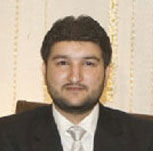 What are the current developments in the denim industry worldwide and in Pakistan? How big is the market & how do you see its growth potential? What difficulties do players of your kind come across?

Development is especially important in the denim market because of demands for novelty and performance. There are 2 aspects to product development of fabrics. Product development is usually thought of as creating a product for the market with significantly different colors, appearances (flat, slubs), hands (soft, raspy) or performance (stretch, permanent press).

The leading denim companies in the U.S. conducted extensive research into solving the mysteries of denim production, especially in dyeing and finishing. Outside the U.S., there are some denim companies in countries like Italy, Turkey and Japan that are well-known for their quality.

While most of the denim factories in the U.S. were closed by the late 1990’s, there are still 4 operations remaining, no large establishments are left, only 2 small and 2 medium operations.

The 2 small operations (Cone and Denim North America) are dedicated to high-fashion denim, while the 2 medium-sized companies rely primarily on producing large quantities of a few basic styles, but with high levels of quality.

One of the medium-sized operations, Mount Vernon, also produces significant quantities of non-denim fabrics which provide financial stability and flexibility in textile markets. The other, American Cotton Growers, also produces a line of fashion denims that are in strong demand.

Producing the highest-level quality denims may be the surest route to long-term success. The higher-fashion market is unpredictable and makes sudden changes that have had the effect of a financial earthquake on denim producers that struggle with specialty denim. Mixing basic and specialty denim in the same production operation can complicate manufacturing to the point where effective control is lost.

There have been thousands of different denim fabrics produced and only a few hundred have experienced significant commercial success.

With the exception of minor variations, such as the use of unusual fibers like bamboo or application of special chemicals like polyurethanes, very little truly original denim has appeared in many years.

For the most part, the same denim fabrics are re-cycled in cycles of perhaps 5 or 10 years. They merely seem to be new because of their long absence from the market. An excellent example of this is “antique” or “authentic” denim as it is called. Around1980, the U.S. denim industry had nearly eliminated all shuttle-weaving in favor of rapier or projectile weaving. The denim that we were weaving on the shuttle looms was less than a meter wide, which was no longer acceptable to the market. All of the shuttle looms were sent to the warehouse and no one expected to see them again.

The pandemic has reinstated need for organised retail spaces in Tier II and III ...