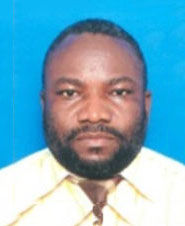 Business Area:
A statutory body that promotes growth the of production, processing and marketing of Tanzania cotton.

What are the challenges faced by the Tanzanian cotton industry and how do you think the industry can rectify it?

Cotton has been grown in Tanzania for more than 120 years and it is one of the major traditional crops in the country. Cotton is a lifeline of almost 40 percent of the entire population of Tanzania i.e., about 46 million. On an average 400,000 hectares are used for cotton cultivation by approximately 350,000 to 600,000 smallholder farmers. The cotton crop is 100 percent rain-fed yielding an average 260 kilograms of lint per hectare. Cotton is grown in 42 districts of 13 regions out of 127 districts and 21 regions, respectively.

For a quite number of years, Tanzania Cotton Board had been facing the following challenges which continue to affect the performance of cotton Industry as a whole and thus hinder economic development in the country:

During 2005/2006 financial year, cotton was the first forex earner among agricultural commodities. Sustainable cotton farming has therefore, the potential to significantly contribute poverty eradication as well as socio-economic development in Tanzania. In the interval of five years from 2005 – 2009 among the traditional cash crops, cotton generated the highest foreign earnings, averaging US$ 92.0 million per annum, compared to  US$ 89.7 million (tobacco), US$ 88.6 million (coffee), US$ 42.2 million (cashew nuts) and US$ 32.0 million (tea).

While contract farming can solve cotton productivity and quality problems, price stabilization fund and (to some extent) inputs as well as farm gate prices subsidy may solve the price fluctuations problem in the country.

Currently, over 75 percent of the cotton produced in Tanzania is exported raw as lint providing employment to other countries’ textiles sector and this call for urgent interventions to reverse the trend. Overall, cotton can be a hub for forward and backward linkages in agro-processing industrialization, employment creation in the country through sustainable manufacturing industrial base.

Tanzanian cotton is an up-land medium staple cotton (hirsutum gossypium) contrasting the Egyptian long staple ones. It is sold on the basis of grade, such as Tang, Gany and Yika, together with the corresponding staple length known as Type.

With contract farming in place, the future of cotton farming in Tanzania is not very bright because the maximum crop size attained was 700,000 bales produces in the marketing season 2005/2006. However, we have an ambitious target of 1.5 million bales, come 2014/15 marketing season.

What is the current status of cotton value chain, including fabric and garment, ...

Being eminent player of Indian denim, how do you observe its market potential,...

‘The terms eco-friendly and organic are common but everyone perceives them...

How is the demand for Indian organic cotton in the world market? What is the...

The importance of textile industry in the economy of Bangladesh is very high....