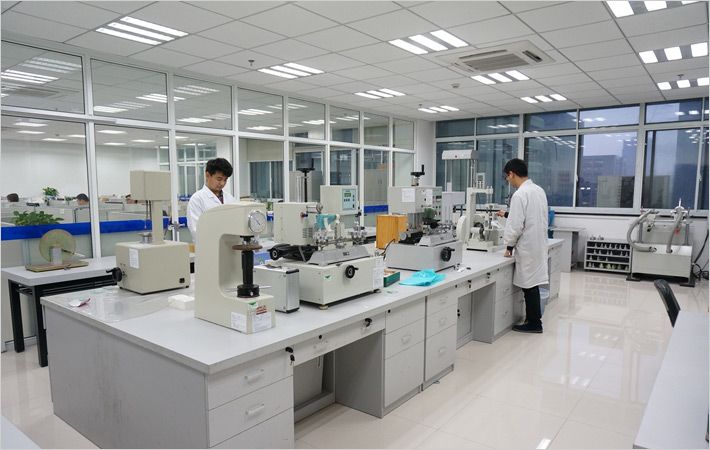 Intertek Shanghai Footwear Lab
Intertek, a leading provider of quality solutions to a range of industries worldwide including textile, apparel and footwear, has announced the expansion of testing capability at its Shanghai Footwear Lab.
Â
The physical lab space is now doubled to offer customers in the region a more comprehensive leather and footwear testing solution to meet a number of global quality, performance and safety standards, according to an Intertek press release.
Â
The expanded state-of-the-art lab includes the addition of advanced leather and footwear laboratory testing equipment, such as the James Slip Resistance Tester, GB Non-marking Tester and Leather Optical Microscope.
Â
In addition, Intertek Shanghai expanded its testing capabilities for safety shoes, finished shoes and China's GB footwear standards. Enhancements in Intertek's leather testing capabilities include identification of leather, leather physical and chemical testing.
Â
The expansion also includes further development of the professional footwear engineering team, to provide technical guidance on EU, US and China footwear regulations and testing methods, as well as buyer's requirements and suggestions for preventive measures or improvement for materials or whole shoes.
Â
There is significant opportunity and need in China's footwear testing market, as the country is both the largest footwear exporter and consumer of footwear in the world. The expansion of Intertek's Shanghai footwear lab is a very important part of the company's strategy to provide its footwear customers the highest-quality local service backed by its global network, the release said.
Â
In addition to the Shanghai footwear laboratory, Intertek's network in China includes footwear laboratory and branches in key footwear production and trading regions like Guangzhou, Xiamen and Ningbo. (RKS)
Â