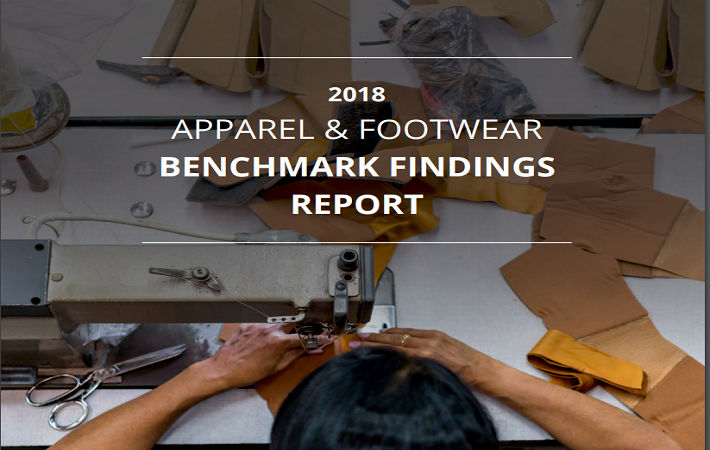 Courtesy: KnowTheChain
Less than third of the largest global apparel and footwear companies (15 out of 43) score over 50/100 in policies and practices related to forced labour risks in their supply chains, according to a recent benchmark. Adidas which scored 92/100 remained the top-scoring company, while Lululemon (89/100) overtook Gap Inc (75/100) to secure the second place.
The overall average score of all the accessed companies remained low at 37 out of 100 found the ‘2018 Apparel & footwear benchmark findings report’ released by KnowTheChain. Adidas and Lululemon achieved a significantly higher score than their peers due to their strong approaches to addressing risks associated with recruitment and migrant workers as well as risks in lower tiers of their supply chains.
The companies scoring below 15/100 include companies across subsectors and regions, including Asian retailers such as Zhejiang Semir Garment (0/100), the owner of China’s largest specialty children’s apparel brand; and Shimamura (0/100), the second-largest apparel retailer in Japan; US footwear companies such as Foot Locker (12/100) and Skechers (7/100); and European luxury brands such as LVMH (14/100) and Prada (5/100).
The average score of subset of 19 companies companies benchmarked in both the years (2016 and 2018) increased from 49/100 to 56/100. While all of the 19 companies improved notably, eight companies (Adidas, Hugo Boss, Kering, Lululemon, Nike, PVH, Ralph Lauren, and VF) increased their scores by more than 10 points.
Despite disclosure of some leading practices, recruitment remains the lowest scoring theme, at 18/100. Only four companies provide evidence that they have reimbursed recruitment fees to workers in their supply chains (Adidas, Lululemon, Primark, and Ralph Lauren), and only seven companies provide evidence of how they support ethical recruitment in their supply chains. Eighteen out of the 43 companies in the benchmark received a score of zero for their lack of action on recruitment. (PC)