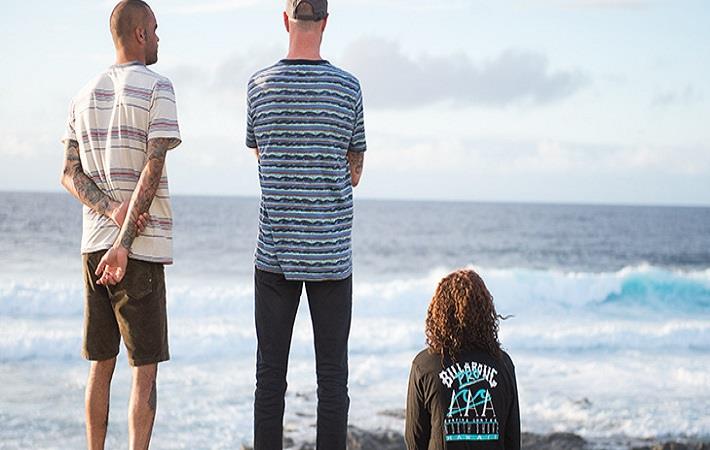 Courtesy: Billabong
For the fiscal 2017 ending June 30, 2017, Australia based Billabong International Limited has recorded decline of 4.7 per cent in its sales to Au$974.7 million on a constant currency (cc) basis. However, comparable retail revenue (comparable Bricks & Mortar stores and e-commerce) was up 0.1 per cent, and e-commerce sales overall grew 22.0 per cent cc.

"At the annual general meeting we said we were confident that our strategy would produce a strong second half and drive overall EBITDA growth for the year, despite a first half that was behind the prior period. We have achieved those ambitious goals. This result marks a turning point for the company, and one on which we can build," Billabong chief executive officer Neil Fiske said.

The Americas returned 46.9 per cent EBITDA growth cc. Europe rebounded from a soft first half to post full year EBITDA growth of 8.9 per cent cc, comparable gross margins improved in every region in the second half year-on-year, and operating cash flow improved substantially. In the second half, EBITDA on a constant currency basis was up 50 per cent. This is by far the best growth the company has reported for any period since the recapitalisation in 2013.

The company reported a Net Loss Before Tax of Au$8.4 million, excluding significant items and discontinued businesses. After a predominately non-cash impairment charge of Au$106.5 million the Net Loss After Tax was recorded at Au$77.1 million.

"The key to our ongoing success is the relevance of our brands. We continue to strengthen the connection with our customers, with global social media followership up 42 per cent year-on-year," said Fiske.

"Looking ahead, market conditions remain challenging, particularly in Australia, but we see opportunities for sustained earnings growth driven by further expansion in gross margins, acceleration of our direct to customer channels, strength in the Americas, growth in our RVCA brand, expanded global distribution, cost efficiencies and the ongoing benefits of our global platforms," concluded Fiske. (RR)