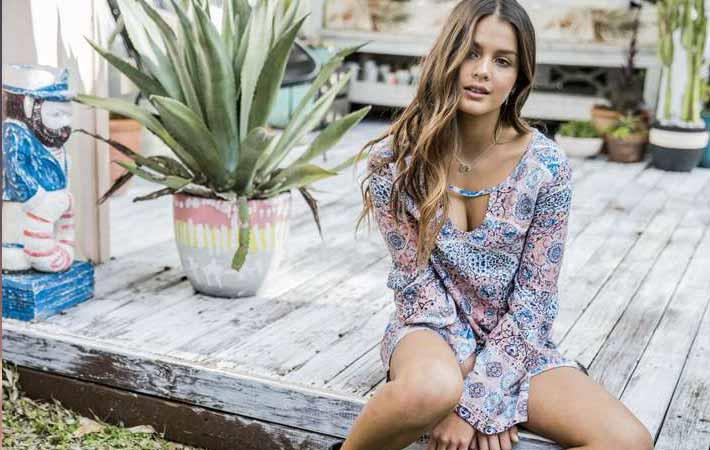 Courtesy: Billabong
Gold Coast, Australia based Billabong International Limited has announced that its total Group sales in the six months to December 31, 2016, stood at Au$508.3 million, down 9.5 per cent year-on-year, and down 7.6 per cent on a constant currency (cc) basis. When the sale of the Sector 9 business is taken into account, revenue was down 5.8 per cent cc.

Earnings before interest, tax, depreciation and amortisation (EBITDA) adjusted for significant items was Au$29.3 million, down 21.1 per cent as reported and 20.9 per cent cc. EBITDA was up 159 per cent cc in Americas but weak retail conditions in Asia-Pacific and Europe weighed on the result.

Comparable inventory was down 9.0 per cent cc across the Group, driven by the Americas. Net loss after tax stood at Au$16.1 million.

"This result is consistent with the update to shareholders at the Annual General Meeting in November, namely that the first half would be substantially down but that we would see a lift in the second half such that we expect full year EBITDA will be ahead of the prior period on a comparable basis," Billabong chief executive officer Neil Fiske said.

"We’re seeing a strong profit lift in the Americas and our key initiatives are set to deliver substantial margin improvements," Fiske added.

According to Fiske, there are three key aspects to the first half result that gives confidence going into the remainder of the year. "First, there is a strong profit lift in the Americas as we enter its seasonally bigger second half. Gross margins in the region were up 170 basis points overall year-on-year. Inventory was much improved, CODB was down and EBITDA more than doubled."

"Next, we are seeing forward gross margins improving in every region, as the benefits begin to flow from our global sourcing and concept to customer initiatives. Leaner inventories and the absence of any further currency pressures that have impacted recent results in Asia-Pacific and Europe also give us confidence.

"Lastly, we are getting costs out and simplifying our business. CODB was down nearly 4 per cent on a comparable basis for the first half." (RKS)