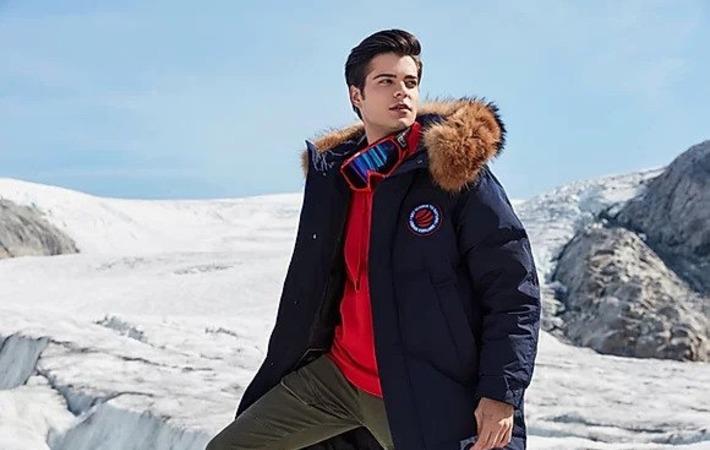 Pic: Bosideng
Bosideng International Holdings Ltd, the largest down clothing company in China, has announced its annual results for fiscal 2020. Company’s revenue for FY20 that ended on March 31, 2020 increased 17.4 per cent to RMB 12.19 billion (renminbi) compared to RMB 10.38 billion in previous fiscal year. Profit for the year rose 18.9 per cent to RMB 1.19 billion.
“Although there have been certain changes in the market and industry, this has brought us more opportunities and challenges,” Gao Dekang, Chairman and CEO of Bosideng, said in a press release.
As a leading Chinese brand down apparel company, we will certainly take advantage of the trend and achieve overwhelming success despite the sluggish market, thereby creating our own core strengths and winning the market share and consumers with differentiated competition.’’
Gross profit for FY20 jumped 21.7 per cent to RMB 6.70 billion (RMB 5.51 billion). Operating profit grew 16.6 per cent to RMB 1.59 billion (RMB 1.37 billion).
The branded down apparel business remained the biggest revenue contributor of the group, accounting for 78.0 per cent of its total revenue as Bosideng reported. During FY20, the revenue from the overall branded down apparel business increased by 24.2 per cent to RMB 9.51 billion. Specifically, revenue from sales of down apparel under the Bosideng brand rose by 22.7 per cent to RMB 8.40 billion.
However, revenue from group’s ladieswear business fell 18.2 per cent to RMB 982.7 million. Revenue from group’s diversified apparels business decline 46.2 per cent to RMB 83.8 million.
Revenue from the online sales at the branded down apparel business was RMB 2.34 billion, accounting for 26.7 per cent of the total revenue. Revenue from the online sales of branded down apparels business and the ladieswear business was RMB 2.26 billion and RMB 63.4 million, accounting for 23.8 per cent and 6.4 per cent of the revenue of each business, respectively.
“The group will continue to focus on positioning itself as the “expert and best-seller of down apparel in the world”, the group took its customer-oriented approach, boosted its brand efficiency for the year, enhanced and consolidated the main brand of Bosideng, making Bosideng become a mid-to-high-end brand and maintaining its leading position in the brand,” Dekang said.

The government of Australia has earmarked Au$1 million to promote and ...

The import of textiles and apparel by the United States increased by...