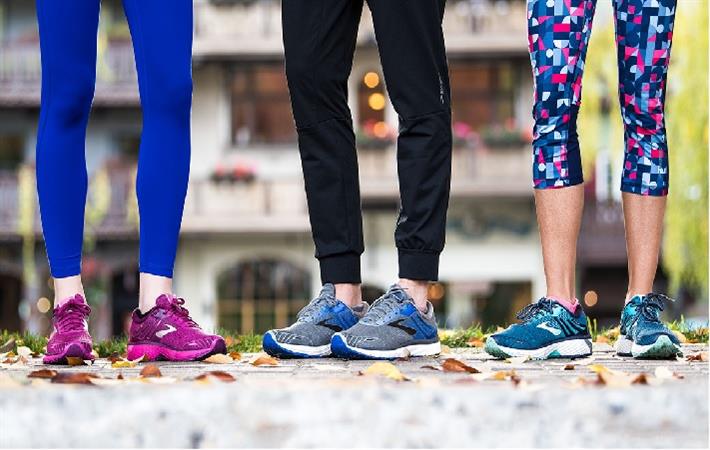 Courtesy: Brooks Running Company
Brooks Running Company, a leading footwear and apparel retailer, has reported a 29 per cent increase in global revenue, driven by a 32 per cent increase in global footwear sales, as it closed out the third quarter of its fiscal year. Success of the company's footwear business was driven by franchise products such as the Ghost and Adrenaline GTS.
In the Europe, Middle East and Africa region, Brooks' year-to-date revenue grew 27 per cent led by Germany, Austria and Switzerland. Similarly, the Asia Pacific and Latin America region sustained the upward sales trajectory it ignited early in 2018, reporting a 25 per cent increase in year-to-date revenue led by Australia, says a press release from Brooks.
Brooks grew its total US adult performance running footwear market dollar share to 12.4 per cent year-to-date through August 2018, moving into the No 2 position within the footwear category, according to The NPD group's Retail Tracking Service.
Brooks has announced its global expansion plans in key running markets including India, South Korea and Mexico. In August, Brooks relaunched its brand in South Korea and opened a flagship store in Gangnam-gu. The brand also launched for the first time in India; is expected to be available in more than 20 stores and on the Amazon India platform by the end of 2018. Later this year, Brooks will launch in Mexico with a flagship store.
The new footwear styles that Brooks launched in the last 18 months, including the Revel, Levitate, Bedlam and Ricochet, have resonated well with customers and achieved strong sales in their inaugural period.
In addition to success with runners, Brooks also received product awards from industry experts across the globe, including: Editor's Choice from Runner's World for the Ghost 11 and Caldera 2,Best Buy from Runner's World for the Ravenna 9,Gear of the Year from Outside Magazine for the Bedlam and Mazama 2 etc.
"The growth we're seeing at Brooks is incredibly exciting because it indicates our brand is resonating with runners who are choosing our gear as they head out the door on their runs," said Brooks CEO Jim Weber. "We are more focused than ever on delivering the best gear for all who run and inspiring more people around the world to run and be active." (PC)

Brooks Running Company, a leading footwear and apparel retailer, has reported a 29 per cent increase in global revenue, driven by a 32 per cent increase in global footwear sales, as it closed out the third quarter of its fiscal year. Success of the company's footwear business was driven by franchise products such as the Ghost and Adrenaline GTS.
More Apparel/Garments News - United States Of America...