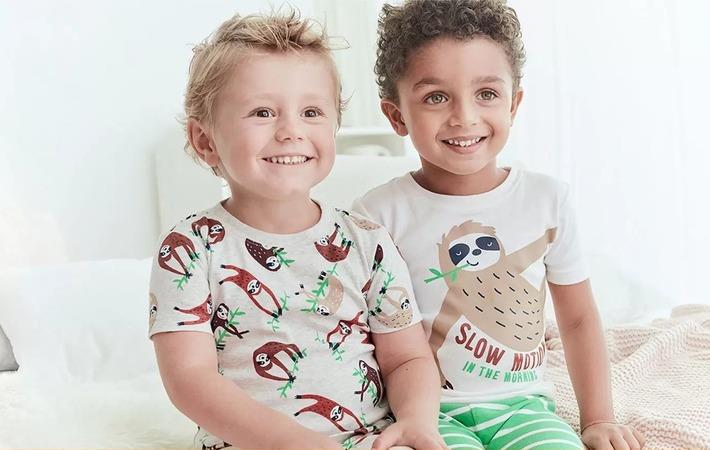 Pic: Carter's
Carter's, a marketer of apparels for babies and young children, has reported 30 per cent sales decline to $514.8 million in second quarter (Q2) FY20 that ended on June 27, 2020 compared to sales of $734.3 million in same period last year. Company’s net income for the quarter fell from $43.9 million in Q2 FY19 to $8.1 million in the reported quarter.
“We had a strong finish to the second quarter. Thankfully, the disruption to our business due to the pandemic and related store closures was less meaningful than we expected,” Michael Casey, chairman and chief executive officer at Carter's, said in a press release. “In the second quarter, we continued to see good demand from our largest wholesale customers whose stores remained open, and we were also able to serve the needs of families with young children through our very profitable e-commerce operations.”
Company stated that the decline in the sales was driven by the closure of the retail stores in the second quarter, particularly during the months of April and May, and decreased sales to certain wholesale customers as a result of disruptions related to Covid-19, partially offset by strong e-commerce channel growth. Comparable e-commerce sales in the US and Canada grew 101 per cent and 194 per cent, respectively.
As of the end of the second quarter, approximately 97 per cent of the company’s stores in the US and 90 per cent in Canada had reopened.
Gross profit for the quarter were $235.5 million (Q2 FY19: $322.9 million). Selling, general, and administrative expenses fell to $218.1 million ($268.1 million).
Sales in US retail segment during Q2 FY20 were $316.0 million ($423.1 million). US wholesale segment sales dropped to $151.7 million ($229.0 million). International sales fell to $47.1 million ($82.1 million).
“By the end of June, substantially all of our stores in the United States had reopened and we saw strong demand for our brands over the July 4th holiday shopping period,” Casey said. “We are now entering the largest portion of our year with respect to sales and earnings contribution. Given the strength of our brands and extensive market presence, we believe we are well-positioned to weather the current market challenges.”

Price of caprolactam in the China market is expected to rise...